Things aren’t great right now across most of the AV integration industry, but many of the 320 or so respondents to the weekly AVIXA COVID-19 Impact Survey say they expect a quick turnaround in the economy when the coronavirus outbreak subsides across the U.S. and around the world. 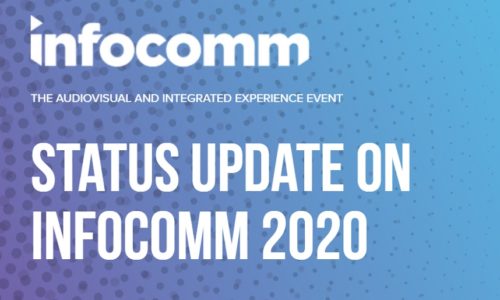 About 30 percent of the respondents say they have to lay off some staff, with that number at about 45 in the live events segment.

Still, there’s optimism among the respondents about a recovery starting in June, says Sean Wargo, senior director of market intelligence for AVIXA

“The picture is continuing to sharpen,” says Wargo. “We’re certainly seeing that it’s hitting our companies hard, with live events being the worst. The restrictions have gotten more pronounced in some areas and that starts to have a cumulative effect. You can’t proceed with business as usual.”

Half of people who responded to this week’s AVIXA COVID-19 Impact Survey say they expect work to continue in June, while about 20 percent weren’t sure when the AV integration industry would recover and many others expecting things to resume in July or August.

“We’re all looking forward to when it clears and trying to be ready for it,” says Wargo.

AVIXA has started a push to get economic relief for its members in the live events industry and other market sectors, says Wargo. The association also launched a weekly virtual gathering dubbed the Business Survival Exchange to allow members to talk about what they’re experiencing, he says.

“We’ve gotten more into response mode,” says Wargo. “Now, with InfoComm canceled, we have to get a little more creative. It’s about being adaptive, flexible, creative and responsive.”

AVIXA members are seeing increased demand for content distribution and content capture as the bulk of the education world moves to an online model. The same is true in the corporate world, where video conferencing and collaboration technologies have become all the rage with people working at home.

“As we go more remote, we’re going to have more need for that ability,” says Wargo. Other areas that could see an uptick include remote monitoring, data as a service, AV as a service and other recurring revenue models.

“It’s tempting to say this is the new normal, but we’re still in the middle of the crisis,” he says. “We expect a return of some of the live events and performance-based things, even if they evolve with AR or VR or other technologies.

“Creative integrators will be looking at that and trying to find partners to help them build that out,” he says. “It’s accelerated and raised in importance during this downturn.”

Wargo says it’s not easy for anyone to keep up with the frenetic pace of change in this environment but he’s relying as much as possible on analytics and numbers, while also pulling from his experience in analyzing the AV market and advises business leaders to do the same with their companies.

“We’re all trying to get a handle on things and cut through the uncertainty with analytics and numbers, but your assumptions matter,” he says. “In this kind of environment, you have to look at what you know based on past experience. We’re having to experiment in real time to adapt to what’s happening.

“Over the long run, we know some of the trends will remain as we weather this storm,” says Wargo.

If you would like to participate in the AVIXA AV Industry COVID-19 Impact Survey or other AV Intelligence Panel studies, please join the AVIXA Insight Community at avip.avixa.org.