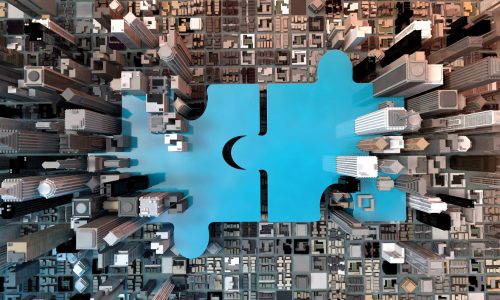 CRI and Reflect Systems, Inc. to merge in 2022. Image courtesy of nespix/stock.adobe.com

When Dustin Campbell and Philip Muscatello took over Adtech Systems in mid-2015, they wanted to make it clear this wasn’t your typical venture capital deal, where Campbell and Muscatello, operating as Davis Square Group, planned to strip away everything that made Massachusetts-based Adtech successful in its first 27 years in the name of profit.

In fact, Campbell says they aren’t venture capitalists at all, with him taking the CEO role of Adtech and Muscatello serving as senior VP since they bought the company from founder David Gormley.

To hammer home that point, Campbell notes Adtech recently implemented an enterprise resource planning system, marking the largest capital investment in its history in a move “that sets us up for decades.”

“Too many investors are short-term-focused,” says Campbell. “That forces you to make tradeoffs that aren’t necessarily in the long-term best interests of the company. When we met Dave, we believed in his story and thought our skills in building process and structure around that story would help both sides.”

Jeff Schaffer, founder and managing partner at Five Crowns Capital, has a portfolio that has included consumer electronics and value-added resellers during his almost quarter-century in business, so adding Verrex to his stable in mid-2016 was a natural fit.

“They represent an ideal combination of being a family business with an international footprint that has significant managed services revenue but can still benefit from some institutional capital,” says Schaffer of what attracted him to New Jersey-based Verrex.

Five Crowns has spots on Verrex’s board, but Schaffer doesn’t expect that to radically alter the company’s long-term plans or goals. “We’re not experts in the industry,” says Schaffer. “They have the initial vision and we buy off on the direction.”

Campbell sees the AV integration world “beginning a wave of consolidation,” a thought echoed often by Whitlock’s Julian Phillips, who has advised integrators to “get big, get niche or get out.”

“Customers are becoming more educated on the quality providers and the low-ball competitors,” says Campbell. “Oftentimes, investors look at spreadsheets and make decisions based on the numbers. I think some investment firms may be surprised by the complexity of this industry.”

AV integration and Adtech in particular represented an opportunity for Campbell and Muscatello with a stable business in an industry they didn’t know well but has what Campbell calls “a sector tailwind,” meaning people will continue to need AV and also to refresh their AV systems.

Campbell has learned through process mapping that projects at Adtech go through at least 17 people from the idea stage through closeout.

“There’s an element of complexity in AV that didn’t exist 10 years ago,” he says. “That requires communication and well-documented business processes.” Schaffer is attracted to the AV industry for exactly those complexities Campbell mentioned.

“A lot of people don’t like risk but this is a consolidating industry and that allows a private equity firm to add on to its capabilities,” he says. “We can help Verrex by introducing them to other companies [in our portfolio] and they can help us by helping those companies realize efficiencies through technology.

“We’re not shy about making investments into a business [when we buy it]. The constraint in AV is that no one really knows what the business is going to look like in the next five or 10 years,” says Schaffer.

And, while Five Crowns is always open to strategic acquisitions that would help Verrex grow in size and scope, Schaffer says the company will be careful not to grow too big too fast.

“Bigger isn’t necessarily better,” he says. “A lot of firms grow so fast, they start to lose quality across geographies and verticals. We want to be able to add value. That’s how you make money. That means improving strategic and management capabilities.”

NEXT: Inside CI’s 2017 State of the Industry Report