Meanwhile, the Denver-based company Mersive is poised to push forward its globalization efforts during the four-day trade show in Amsterdam.

Think about scoring the meeting afterwards, kind of like you do for a ride service like Uber or Lyft. You’re going to be able to say, “Well, that was a 3-star meeting,” or, “That was a 5-star meeting.”

It doesn’t matter whether you’re on a Windows product, an Apple product or you’re on one network or another network — or depending on the display that you’re on.

We’re going to collect data from everything that’s going on in the meeting room, so we’re going to know what got connected in terms of the device.

We’re going to know what application got used.

We’re going to know how long.

In other words, think about scoring the meeting afterwards, kind of like you do for a ride service like Uber or Lyft. You’re going to be able to say, “Well, that was a 3-star meeting,” or, “That was a 5-star meeting.”

Over time, you’re going to develop a best practice methodology for what works best, what size display works best.

All that data is going to allow us to look more closely at ROI and productivity, which are the two things that drive deployment and get us to a best practice point in time. 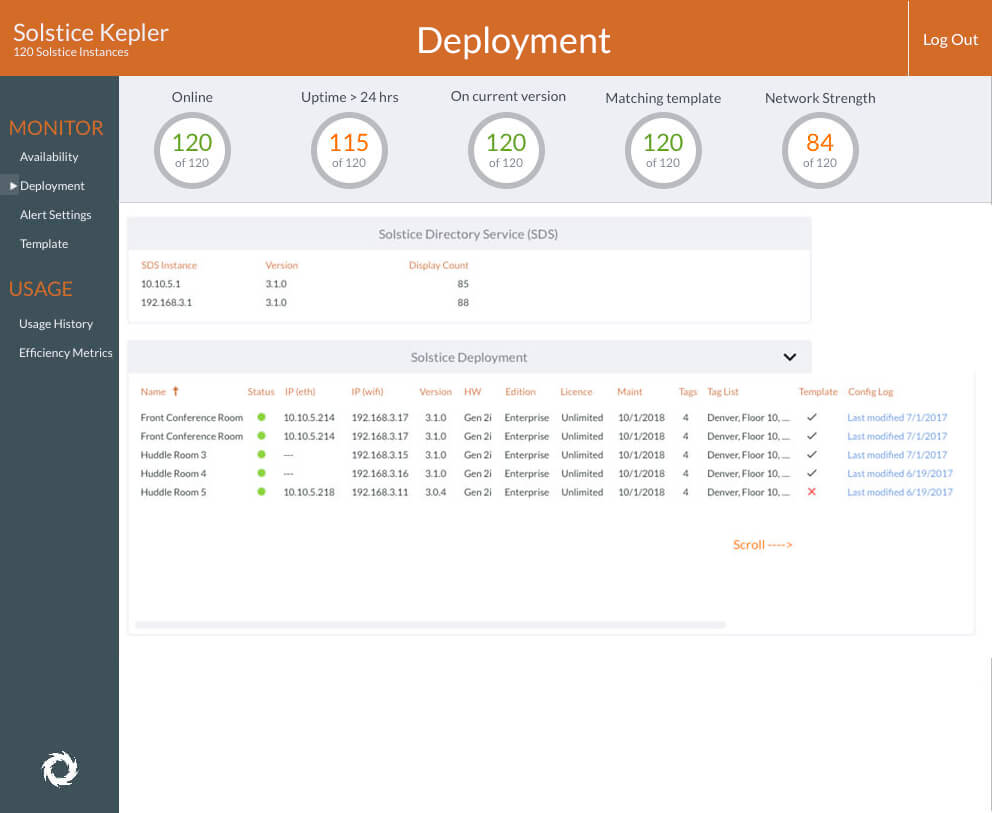 All this information’s going to go a long way.

There should be a pretty strong cause and effect.

What about from an integrator’s perspective? Do you think integrators could benefit from this technology insomuch as being able to help them provide value and service contracts?

Balgley: Solstice Kepler was built as a result of the feedback that we got from both partners and end users. Solstice Kepler is really a way of extending your managed services that you offer today, because is it’s going to give you a real-time view.

Solstice Kepler is really a way of extending your managed services that you offer today, because is it’s going to give you a real-time view.

It’s absolutely intended to be resold by resellers to the end user customers to provide another layer of value and to help them be sticky in the sense that there’s affinity and loyalty developed between themselves and their customers.

The things that we’re going to provide through Solstice Kepler are not really available today in the context of a collaborative meeting, so the data that they’re going to get is going to allow them to, on a presales basis, go in and say, “Best practice looks like this.”

This is as much about facilities management. This is the kind of data that can go right to not just the CTO but a CFO and say, “If you want to spend your money wisely, here’s what you’ll do. Here’s best practice for the size of the display.” 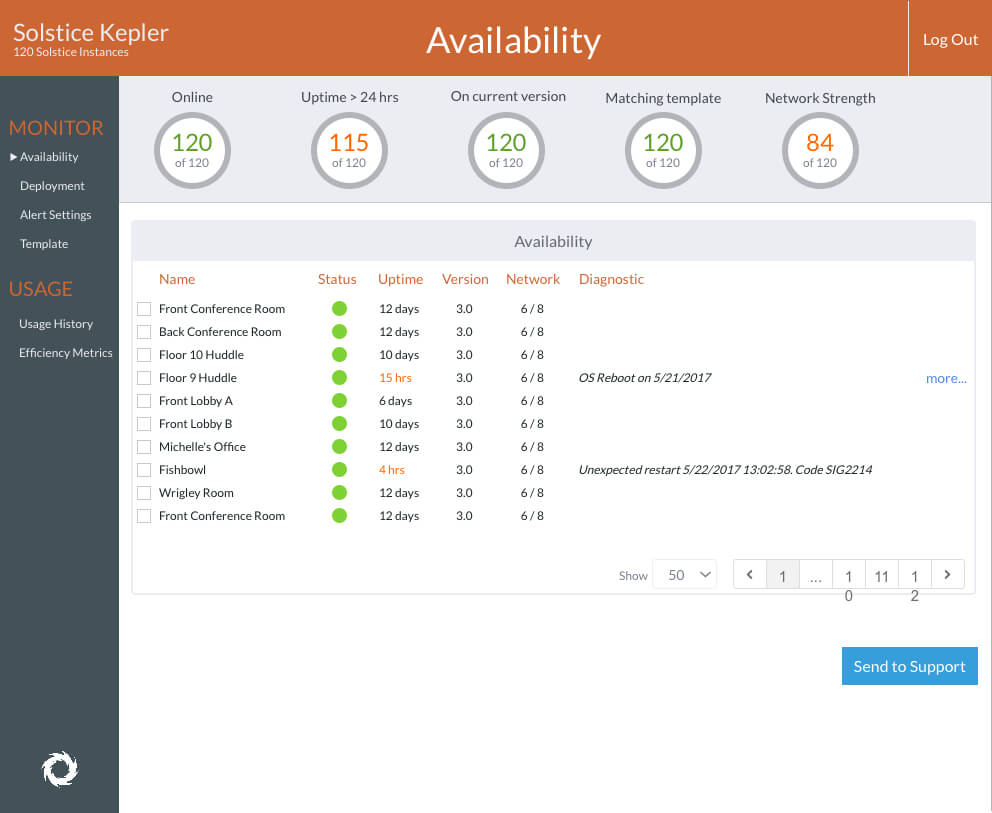 You guys are also adding room scheduling to Solstice. Can you talk about that feature?

Balgley: We get a lot of comments from people that say:

We continue to look at our position in the meeting space and try to drive as much technology, as much value, through that little black box.

“We like Solstice. We like the UI. You’re in the room with a couple of other really big vendors, so you’ve kind of earned a beachhead in our meeting spaces, both traditional and ad hoc …

What else can you do? What other things can you do with the pod? … Because, now that you’re in there and people are used to the UI and they like it, what are the other things that you can provide?”

We started about a year ago with the ticker that runs across the top and the ability to customize the welcome screen. Those are both directed at bringing digital signage into the meeting space.

Calendar is the same thing. You’ve also got some additional real estate, so calendar was step two. We’ve got other things coming in follow-up releases, where you’ll actually be able to use the welcome screen as a live web feed. We continue to look at our position in the meeting space and try to drive as much technology, as much value, through that little black box and that welcome screen in calendar. It really was the next logical step for us.

It’s your second ISE, and now you’ve got a bigger presence this year than you had last year. Can you talk a little bit about what Mersive’s global strategy is and where that’s going?

There is very much a global initiate to achieve some kind of a global standard across these very, very large companies.

For us, ISE was a big hit last year. We did very well at the show. It was our first year. This year I think we have doubled the space.

One of our two or three biggest initiatives for 2018, is to build out our international business in Europe.

We have a much better space. We also hired Jeff Meyers, our general manager, last year, and Jeff now has the charge to build out our European sales organization.

[Meanwhile] we have a lot of business in the U.S. that’s being driven by a part of Mersive that’s actually not here.

We have financial services companies and pharmaceutical companies that are actually based in Europe that are driving business back here, because today it’s not unusual for a technology initiative to start in Europe and have it be ported back here to the U.S.

It never used to be that way, but today some pretty significant percentage of our business with large companies is being driven from somewhere else other than the U.S.

It’s an imperative for us to establish our presence there. Even without having boots on the ground for part of last year, we did very, very well. Barco has kind of had their way in that market.

There is no natural predator for Barco in Europe. We want to be able to give them a run for their money. They’re a bigger company. They have a bigger sales organization. They have tenure and maturity, but we’ve done very well competing in the United States against them.

We’re going to be building a significantly sized organization in Europe in 2018 under Jeff, under his leadership, and we think it’s going to be a lot of fun. ISE is that kickoff party.

We’re also going to be launching our language localization initiative; we’re going to be introducing new languages in German, French, Italian, Spanish and Chinese to start.

We already had Japanese, and we’ll be following on with additional languages, but in Version 3.2 of the product, which is out [just prior to] ISE, we’re going to be supporting Jeff and his team with local language support.

One of our two or three biggest initiatives for 2018 is to build out our international business in Europe.