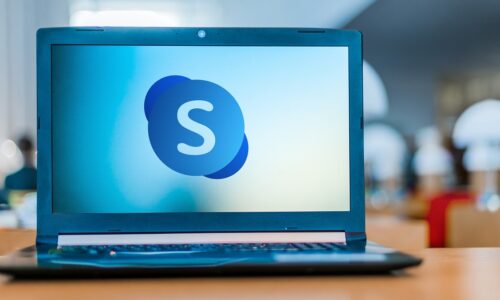 Remember when manufacturers would release products that were certified for Skype for Business and when integrators would build conference room systems around Microsoft’s once popular videoconferencing service? Just a few years ago, Crestron and other power players in AV were making room systems built around Skype with some in the industry painting a picture of a future with Skype everywhere.

The service even came preinstalled in millions of computers and was poised to reign atop the videoconferencing hierarchy for years to come, but service and performance issues made consumers and businesses switch to other services like WebEx, Zoom, Facetime, WhatsApp and more.

When Microsoft Teams came on the stage in 2017, the writing was on the wall for Skype, and now Teams appears to be the videoconferencing app of Microsoft’s future.

But, don’t take my word for it. Microsoft recently announced Windows 11, a new version of the operating system that comes with several new features for productivity, including a deep integration with Microsoft Teams, which will come preinstalled.

From Microsoft’s blog on Windows 11:

With Windows 11, we’re excited to introduce Chat from Microsoft Teams integrated in the taskbar. Now you can instantly connect through text, chat, voice or video with all of your personal contacts, anywhere, no matter the platform or device they’re on, across Windows, Android or iOS. If the person you’re connecting to on the other end hasn’t downloaded the Teams app, you can still connect with them via two-way SMS.

Windows 11 also gives you a more natural way to connect with friends and family through Teams, allowing you to instantly mute and unmute, or start presenting directly from the taskbar.

This was even after Microsoft announced a new consumer version of Teams – which should really spell it out for you.

Teams will essentially be replacing Skype as the default videoconferencing app for the first time in years. According to The Verge, Skype will no longer be an inbox app for new devices running on Windows 11, but Skype can be downloaded through the Microsoft Store for free.

Let’s put Skype’s fall into numbers. In April, EmailToolTester released a new study on the global usage of videoconferencing services that painted the picture of Skype’s fall from popularity. The service was the most popular globally yin February 2020, but quickly lost steam to services like Zoom and Teams. In fact, Skype saw a market decline of over a quarter over that time.

According to a CNBC article from October 2020, there have been countless other signs of Skype’s inevitable death, including declarations that Teams would be its main work communications program and urging customers to move from Skype to Teams at its Ignite conference.

If you still have customers using conferencing systems built around Skype or are still selling Skype-based systems, now is the time to listen to the market, ditch those legacy systems and adjust your videoconferencing offerings.