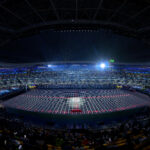 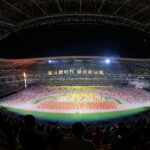 The 4.7-million-dollar (CN¥30 million) audio installation was accomplished by distributor and integrator EZ Pro. The project was completed in record time for the 14th annual China National Games held in September 2021.

The power conditioners have advanced AC protection, AC noise filtration, and optional compatibility with the BlueBOLT Remote Power and Energy Management Platform. These complex A/V systems can be safely powered with a simple press of a button or turn of a key, even by nontechnical personnel.

Smart Sequencings’ bidirectional communications ensures that multizone electronic systems are powered safely and dependably from a single control point across an entire venue. The Furman products can also be connected via current loop at runs of more than 1,000 feet with backwards compatibility with Furman’s legacy sequencers.

In addition, the CN-3600 SE can also be programmed and monitored from various devices. These include smartphones, tablets, or any web-enabled device via Telnet, direct HTTP connection, or the Panamax/Furman BlueBOLT-hosted remote power and energy management platform.

Yongjun added that the number one concern was reliability. Hence, the CN3600 SE conditioners were used to allow for start or shut down of the power supply according to the set sequence with adjustable delay time.

“We can manage and control the entire audio system effectively to avoid human error operations and reduce the impact of instantaneous switching on the power supply grid to ensure stable operation of the sound reinforcement system,” he continued.

To ensure dependability and zero audio disruption in the event of a single point failure, EZ Pro implemented redundancy throughout the system.

Additionally, Powersoft amplifiers were selected for DSP processing. Powersoft’s ArmoníaPlus software was also employed along with a combination of equipment from EAW, Allen & Heath and Symetrix.

“We salute EZ Pro’s technicians and engineers for accomplishing this amazing design and installation at such high-profile venue in such a short time. What a remarkable team they have, and we are thrilled to collaborate with them in the region,” concluded Morales.

Click on “View Slideshow” on the right to view photos from the installation.