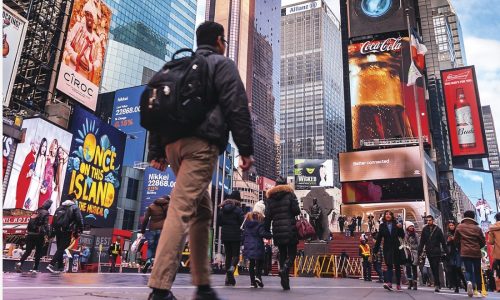 Related: Increase Digital Signage Cash Flow in 2019: Own the Project
The new enhancement, part of Navori’s QL 2.1 software update scheduled for March release, frees employees from the desktop as they attempt to keep content fresh, explains the company in a press release.

Navori will demonstrate the application at stand 8.E195 during ISE 2019.

The software also extends the potential pool of digital signage content contributors on the move by making it simpler to update content from iOS and Android devices, according to a press release.

The new software grants access to local users as they move through a facility with pre-defined control, and reduces the number of steps required to review, manage, and publish digital signage content.

Additionally, the software ensures that approved users are not required to funnel all changes and update requests through a central IT or marketing manager.

“Despite Navori’s strong reputation around ease of use and a zero-ramp-up user interface, we are widening the gap by releasing a new QL Manager version designed specifically for mobile phones and users,” says Jerome Moeri, CEO, Navori.

“This will be especially beneficial for non-desk employees in retail, public venue and even corporate and education environments. Content and messaging will be fresher, more dynamic and quickly up-to-date by removing the need to sit in the office and manage everything through the CMS.”

Beyond traditional CMS features, Navori’s mobile interaction feature will allow users to publish snap shots and express messaging, and also trigger and control content across one or more displays.

The diversity in digital signage content display options also allow users to present content in a variety of ways, such as comparing colors of the same car model in an auto dealership through a dynamic, side-by-side layout.

The result is that users have control over the entire network in their hands as they move about, with the network security peace of mind that Navori provides to all its customers within its QL digital signage engine.