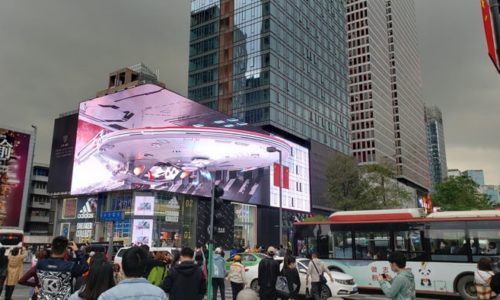 LianTronics, based in China with limited operations in Europe and the U.S., now looks to further establish its presence in the North American markets after already operating a demo and service facility in Las Vegas.

In a statement, LianTronics CEO Willie Liu said building or strengthening the company’s distribution networks in North America is an important step in the company’s evolution.

According to LianTronics’ website, the company says it has done business in more than 200 countries and regions with over 40,000 global products in vertical markets such as commercial, municipal, transportation, corporate conference rooms, broadcast studios and more.

The company says it operates a manufacturing footprint of more than 860,000 square feet in China and boasts more than 1,300 employees.

In recent high-profile cases, the company garnered attention last year for a LED wall in a busy commercial district in China featuring 3D visual effects, including a spaceship that appears to exit the display.

“With their vast LED display lineup, LianTronics is exactly the type of partner 3Dot Technologies looks to align with,” Muscat said. “With a reputation for great quality and service, LianTronics continues to strengthen their global presence as a market leader and manufacturer of high-quality LED Displays.”

“We are thrilled to support LianTronics’ wide range of market leading LED displays, to help our customers gain a competitive advantage,” Hallman said. “Metago, LianTronics’ new HD Bundled solutions, with Android or Microsoft Operating Systems will be in inventory at 3Dot Technologies in North America mid-November, so get your orders in today.”