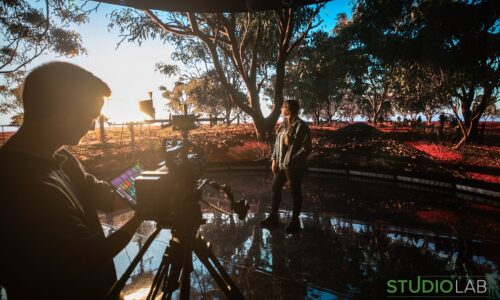 Today, we wrote about the exciting new discipline of virtual production and extended reality and the pro AV and entertainment professionals pioneering the technology and pushing its limits to create new ways of creating content.

I’ve been touching on this topic for a few months now, ever since the Lucasfilm-owned visual effects company Industrial Light & Magic began showing the world the technology behind productions like “The Mandalorian.”

I spoke to AV pros, manufacturers and folks in the entertainment industry who are wildly excited about this technology and what it can do. I event got the chance to tour one studio and see what virtual production is capable of, and I came away mesmerized. To put it into words, this technology is cool.

Literally as I was putting the finishing touches on that article, I came upon an article in Variety, “Productions Embrace LED Walls as Necessary in Pandemic Times,” that looked at the technology strictly from an entertainment point of view.

What I discovered was that this concept isn’t entirely new, with some techniques being applied to film and TV as far back as 2001, like Steven Spielberg’s “A.I. Artificial Intelligence” in 2001, which is a beautiful film, if you haven’t seen it.

Other titles using aspects of virtual production include the second and third Matrix films, “Polar Express” and the “Planet of the Apes” franchise, according to the Variety article.

The magazine cited Demian Gordon, president and founder of the Motion Capture Society and a virtual production supervisor with credits in those films, who said the pandemic accelerated its use because of travel restrictions and prohibitive quarantine requirements.

“The technology is still in its infancy because it’s a relatively new approach; it’s very expensive,” Gordon says.

Productions are essentially taking signage that’s meant for displaying advertising or big TV images outdoors and repurposing it to be used on a film stage. “It’s not exactly meant to do what it’s being asked to do.”

But manufacturers quickly realized they could embrace this new market and are starting to deploy technologies to solve some of the existing issues, namely: cost, weight, how far apart the LEDs are spaced, how far they need to be from the wall, the time it takes to transmit the image to the LED wall, display resolution, LED brightness, how quickly they strobe, heat, and so on.

“People are just getting their sea legs with how to deal with this new toolset.”

If your integration firm is well equipped to handle large, complicated LED installations, then this field of work could be for you. It takes loads of integration with different systems, and especially fluency with 3D creation platform Unreal Engine.

However, it’s not just production stages where this can be used. One expert in this field gave the example of an immersive environment in a public space like a museum or airport that allows a person to interact with the content via their movements.

I have a feeling that we’re barely scratching the surface of what this technology can do, and I’m excited to see what becomes of it.