But what’s often misunderstood and underappreciated is that the digital screens themselves are just a part of the whole equation.

If you want to unlock the true value of your digital signage investment, you need to invest just as much—if not more—in the content that your screens will be displaying.

It’s this idea that has led Mvix to develop content-rich digital signage.

Content-rich digital signage refers to the software and applications powering the signage itself i.e.

Digital signage software that includes content apps and widgets for users to create and automatically update content on their screens.

But why is content-rich digital signage such a big deal in getting the maximum ROI from your signage investment?

Research shows that 20% of consumers have admitted to making an unplanned purchase after seeing an ad on a digital screen. And according to Adobe’s 2018 Digital Trends in Retail Report, creating compelling content for digital experiences was one of the top 3 biggest opportunities identified by senior retail leaders.

Perhaps the most compelling argument for content-rich digital signage is our shrinking attention spans.

According to a consumer insight study published by Microsoft, the human attention span has diminished to less than that of a goldfish. 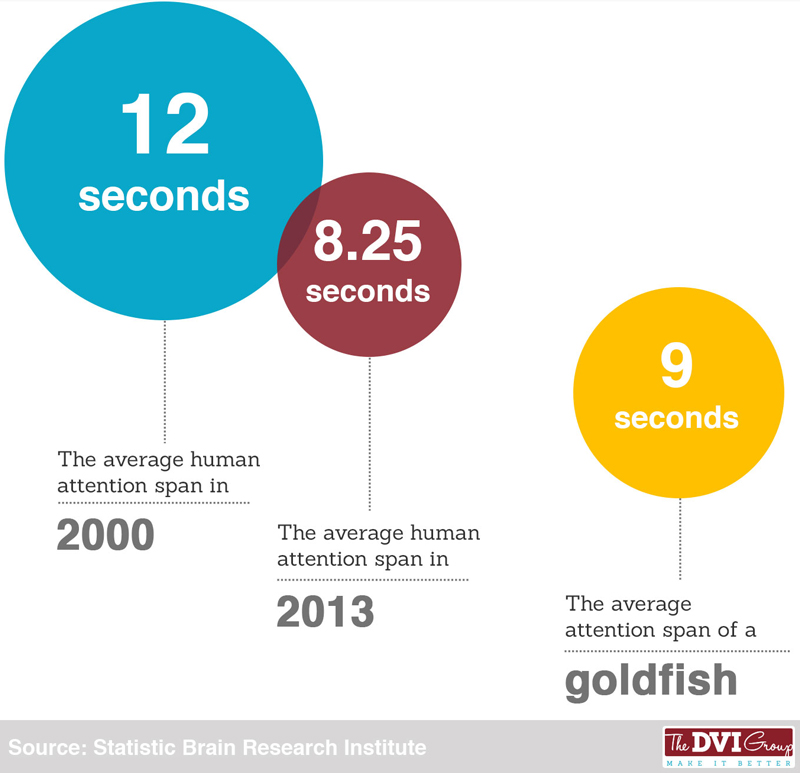 The average human attention span was just 8.25 seconds in 2013, which is 4 seconds less than the 12-second average in 2000. This also puts humans nearly 1 second behind the goldfish, which has an attention span of 9 seconds.

For this reason, it’s important to keep digital signage fresh so that you can attract and keep the attention of your target audience, rather than allowing them to get bored of seeing it.

Remember that your employees, customers, visitors, etc. don’t care about the hardware you have installed, or what media player is driving it. They only care about what they see and how it relates to them.