Nothing about the Paul McCartney musical evolution has been simple. From teaming with writing partner John Lennon to his post The Beatles work with Wings and solo, McCartney has continually broken ground. Capturing that journey on stage during his One on One tour challenged lighting designer Roy Bennett. 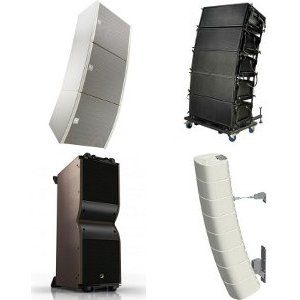 The multimedia solution forms the backdrop for the history of McCartney’s music while being unobtrusive to fans, according to a Robert Juliat press release.

“While we use many aspects of technology you never see them all at once, and they are never overpowering,” says lighting director, Wally Lees.

The US leg of the ongoing One on One tour kicked off in Miami in July and will conclude in Detroit in October.

Upstaging provided the One on One tour with 12 Robert Juliat Dalis 862S footlights. Making their debut with the Paul McCartney shows, the Dalis LED asymmetric mini-footlights are distributed exclusively in North America by A.C.T Lighting, Inc.

Dalis 862S is a new variant of Dalis 862 Footlight.  At 50cm in length, Dalis 862S is a shortened version of the original 1m model, with all the qualities and functionality of the full size version. Dalis 862S has been created at the request of lighting designers who need precise footlight coverage on curved and non-standard shaped stages where its smaller form factor can be a big advantage in delineating stage edges to perfection. The batten is inconspicuous from the audience viewpoint to ensure it does not impinge on the stage layout in any way. All controls and connections are located under the unit to maintain clean sight lines.

Both Bennett and Lees agree that the Robert Juliat Dalis 862S LED asymmetric footlight is “a brilliant little light.”  “You can use them really easily thanks to the two positions: near and far,” says Lees. “Each fixture has two rows of cells: the bottom cell does the near position, the second row the far position.  So they are versatile enough to capture any point on the stage.”

Bennett calls the Dalis “beauty lights that break through the video and make the artists look good.  We have four on Paul McCartney to cover him in different areas and two on each of the side guitarists so we can cover them wherever they go onstage.  We also have two on the piano and several on a lift, all in near mode.”

Lees also praises the fixture’s colour temperature.  “It’s fantastic – it can go from daylight 5600K or more, down to 2800K or less, or mix.  You don’t have to choose one or the other.”

Bennett emphasizes that equipment choices are made based on “the best of what’s out there. The lamp choice, the gear choice – we want the best of the best. That’s why we’ve chosen these products for Paul’s show. It’s a complex system; there’s a lot of gear all over the stage.  But everything is working great.”

Find more information on the Dalis family of fixtures on Robert Juliat’s website.