Robert Juliat lighting products have been recently spotted on tour with Guns n Roses, Ed Sheeran and Robbie Williams. Adding to the lighting manufacturer’s list of users, stage designers Patrick Woodroffe and Roland Greil of Woodroffe Bassett Design have also specified the company’s products for Adele’s 2016 and 2017 tours and Phil Collins’ Not Dead Yet tour.

Greil, associate lighting designer, lighting director and programmer for the Adele arena tour and Collins’ current tour says each show was unique from a design perspective.

“The designs for the Adele arena tour in 2016 in which Adam Bassett was the associate lighting designer, and her stadium tour in 2017, were completely different from each other,” he states. “The former was based upon a very symmetrical lighting rig that was all about creating a good looking picture frame with Adele at the center of attention in the middle. We kept the colors muted with 80 percent of the lighting being different shades of white, with a few shades of blue and very little else.”

During the Adele arena tour, Greil says he utilized Robert Juliat lighting Victor 1,800-watt followspots as truss spots due to the lack of movement on stage. Greil points out that Adele’s biggest move was from the main stage to the B-stage and then back again. 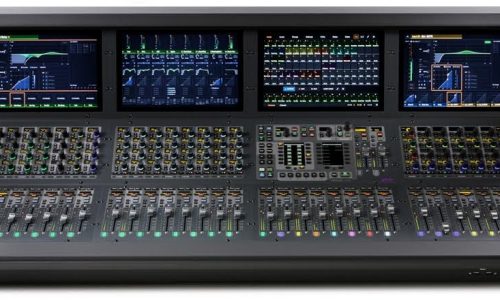 Related: 12 Audio Products from InfoComm 2017 Worth Keeping an Ear On

Greil says the Victor Followspots were used for all of Adele’s 120 arena shows because they complemented the British pop singer‘s live show so well. Following the success of the 2016 arena tour, Greil decided to utilize more Robert Juliat lighting products for Adele’s 11-date international stadium tour.

Positioned in the middle of the four stands, the lighting products help to ensure the popular singer was lit from all angles despite the logistics involved with the stand locations.

“The varying throw distances were immense, but the Lancelots were able to cover them easily,” says Greil.

Supporting the stage show of the In the Air Tonight 1980s pop star, Woodroffe and Greil placed a pair of Lancelots at front-of-house (FOH) positions for Phil Collins’ Not Dead Yet tour.

Collins’ European stadium tour has taken the singer/drummer from Cologne to Paris, and the tour includes U.K. dates in November.

“Robert Juliat lighting followspots are good fixtures,” Greil emphasizes. “They are reliable, they are bright; they are easy to handle—especially in the long throw—[and they offer] high power where they are the most modern followspot you can get.