Plenty of AV integrators come across customers who aren’t quite ready to let go of their 1080p and other legacy video output devices and that’s why the Blackmagic Design ATEM Television Studio Pro 4K live production switcher is here.

“This is for people who have to integrate legacy cameras that might not be running at the resolutions they want,” says Caniglia. 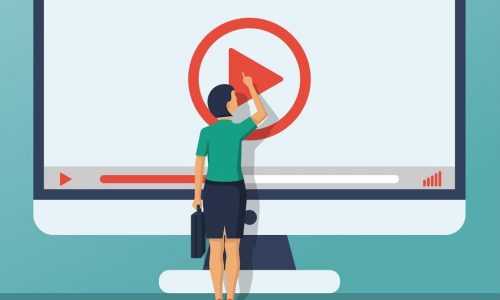 Related: Pro Video Products to Watch: 16 of the Most Impressive Projectors, Converters and More from InfoComm 2018

“ATEM Television Studio Pro 4K combines a professional broadcast hardware control panel with a powerful 8 input 12G-SDI switcher for working with all HD and Ultra HD formats up to 2160p59.94,” according to the Blackmagic Design press release.

“All of the 12G-SDI inputs feature full re-sync and independent format and frame rate conversions. That means customers can connect a total of up to 8 different sources with various different frame sizes and frame rates, and cleanly switch between them.

“The live production switcher automatically converts everything to the program’s output format and frame rate.”

There’s also a built in LCD screen for previewing source and program video, a spin knob and additional buttons for menus and to adjust settings.