OpenEye Global CEO Bryan Meszaros never thought of himself as a college professor—and he certainly never expected to have a scholarship in his own name at his alma mater less than 20 years after graduation—but later this month both things will be true, thanks to his recent $15,000 donation to Seton Hall University.

Applications for the Bryan J. Meszaros Scholarship will open later this month, inviting students to go beyond their GPAs and test-taking proficiency to create a project that shows their aptitude in the emerging digital design world that’s increasingly becoming parts of all areas of life.

The $15,000 scholarship will be distributed in increments of $3,000/year over five years.  A qualified student, or students, will be identified annually. If deemed appropriate by the committee, the award may be shared among multiple winners in different amounts.

Students eligible for the scholarship are sophomores, juniors or rising seniors majoring in the Art, Design and Interactive Multimedia program in the College of Communication and the Arts.  There is no minimum GPA requirement.

The winning entry will be advertised on the Seton Hall website and may be exhibited at the student art show in the spring. 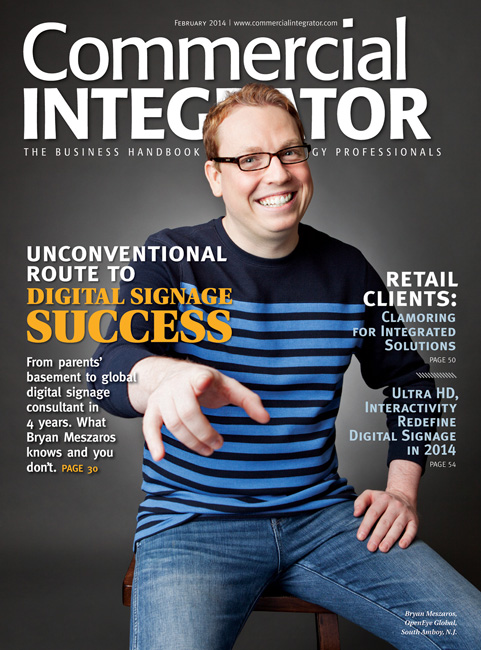 Inside the Meszaros Scholarship

Meszaros, a 2000 Seton Hall graduate who became an adjunct professor last year at his alma mater, says he’s willing to do “anything I can do to support the school,” adding he’s “hoping for a nice reception” to the school’s latest scholarship opportunity.

He says the leap from teaching a class that didn’t have books or a formal curriculum and struggled to find a good home in the Seton Hall College of Communication and the Arts to creating a scholarship wasn’t that big of a leap once he talked to Founding Dean Deirdre Yates.

“I pretty much said to her, ‘Anything I can do to help,’” says Meszaros. “It evolved from there, trying to figure out where it fits in. That’s been the challenge and it’s a challenge for a lot of universities—trying to adapt their curriculum to support growing segments like ours.

“You just don’t come out of school ready to dive into this crazy world of digital integration in AV. There are some schools that have a program, but a lot of times you just get thrown into it. A lot of schools are trying to adapt but there’s a challenge about where it fits in,” he says.

“This isn’t the full answer, but it’s a step in the way for a couple of students to find something that might be of interest to them and allow them to go in a different direction,” says Meszaros.

Yates is thankful for Meszaros’ “incredible gift to our students,” and she’s not just talking about the scholarship.

“To have him share his talents and his gifts is so appreciated,” she says. “The students love him and they love learning from him. His ease with them is such a natural fit. He’s an alum who’s been very successful in the field. It’s important for students to have access to the latest in the field.”

Yates says the scholarship—which will ask applicants to design a project before the deadline in the fall—uses more of an artistic approach than many others at Seton Hall and at other universities. She likes that the focus isn’t just on a student’s grades.

“It’s important to take a look at the whole person,” says Yates, noting the opportunity “gives an extra boost to somebody.”

The Future of the Design Industry

Meszaros thinks it’s important to give Seton Hall students more insight about the industry he loves than he had when he was on campus about 20 years ago.

“I had no knowledge of AV,” he says. “It was really by accident [that I ended up working in that industry.” It started with an internship at a marketing company that was “dabbling in screens,” says Meszaros.

“There was no guidance,” he says. “I had to piece it together myself. You come out of school with a good background in something, then you have that challenge to figure out your career path. I always thought it might have been nice if I had had the opportunity to get exposed to a bit more. That’s a great leg up.

“I looked at this as the same opportunity. If I can provide some insight or give that direction—or at least some exposure to some of what I’ve seen—I thought someone would appreciate that. Having more exposure helps you better understand where you want to go after school,” says Meszaros.

Meszaros scholarship applicants will show off their proficiency in the fundamentals of design and storytelling, says Meszaros.

“It starts that journey,” he says. “There’s an opportunity for the students to grow through it.”

Meszaros is open to some of the scholarship winners or applicants someday joining the OpenEye Global team.

“We’ll see how it goes,” he says. “Talent is hard to find so I could definitely see it being a nice group of people to be able to pull from.”