The iHeartRadio Music Festival marked its 10th anniversary virtually this year, recording its headline artists live, with no audiences, in Los Angeles and Nashville.

He utilized an array of Claypaky fixtures, which are part of the theater’s rep plot.

The two-day iHeartRadio Festival was live streamed on Sept. 18 and 19 and viewable on The CW app. The mega-concert was then broadcast Sept. 27 and 28 on The CW and iHeartRadio stations nationwide.

Ardine has been one of the iHeartRadio Theater’s lighting designers for about six years. He designed the base rig for the 2020 festival then worked with each individual artist’s team to create a look for the performer’s brand.

“For the main iHeartRadio Festival design, two of my goals was to give each artist a unique look and to give every camera angle a full background,” said Ardine. “The set was built for us to look 360, surround in LED video walls. We have a rep plot for the space for normal shows that are on the 40 x 20-foot stage with an audience.

“For this show, we ripped out the stage and did a 360-degree set that filled the whole stage area and audience floor. The rep plot wasn’t effective with this new setup, so we took down every light, moved it to a new position then rented another 200 lights to fill the space,” he said. 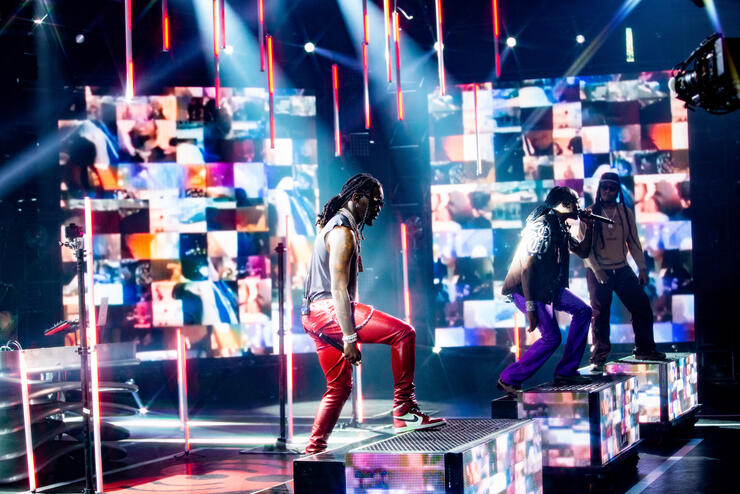 Ardine believes that not having an audience for this year’s iHeartRadio Festival “really opened up the creative possibilities.

“For my whole career, I have focused only on filmed events, which sometimes have an audience,” he said. “Most of the time, all that matters is what we see through the lens. But with my pre-COVID shows, I still needed to make sure the audience had good sight lines.

“From a filming standpoint, we couldn’t stop a live audience show to do a song again and film the song with just a Steadicam pass. But not having an audience allowed us to have a workflow more similar to that of music videos,” said Ardine.

He called this year’s iHeartRadio Festival “a cross between a live concert and a music video.”

“We used them as two rows of a backlight wash for the musicians and lead singers,” said Ardine. “On camera, having a solid wall of backlight can be very important because when we are filming a closeup, the colored back edge on the lead singer could be the only light that the audience sees.”

“We used this system as additional backlights when zoomed wide or zoomed narrow to get beam effects that could add rhythm to the music,” he said.

Eight more Alpha Washes were positioned on the side “mainly as eye candy when the camera tilted up, but we occasionally used them as a side wash, too,” said Ardine.

An additional eight A.leda B-EYE K10 wash fixtures and 20 Sharpys were placed on the ground, upstage and under the LED walls as eye candy.

“For Alicia Keys’s second song, we swapped the black Sharpys for the chrome version and placed them on her riser to give the set some bling,” said Ardine. 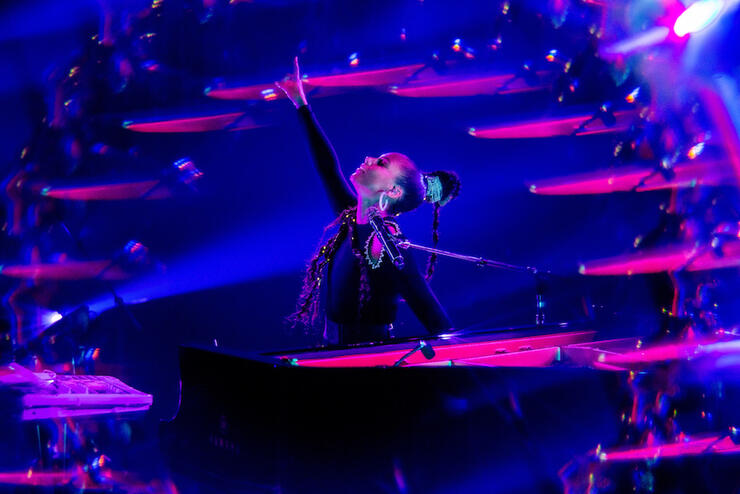