Adding some punch to the live fighting experience, Meyer Sound teamed up with the Ultimate Fighting Championship (UFC events), adding audio that matches the intensity of the bouts inside the octagon. 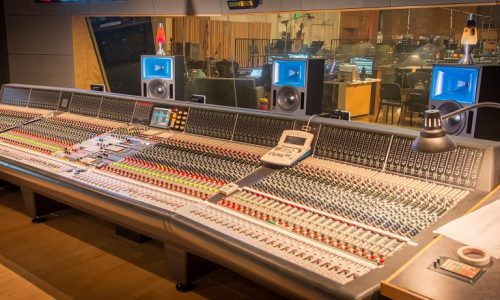 Over the past year, UFC has employed a custom Meyer Sound reinforcement system that features the California audio company’s LEOPARD line-array loudspeakers.

The system the UFC has implemented for all of its North American live UFC Events features a total of 120 speakers and was developed specifically for UFC events.

“We’d been using a Meyer MICA-based system for nearly seven years and it had done very well,” says Daniel Bonneau, senior director of audio production for Bloomfield, Conn.-based ConCom, which is the company the UFC uses for its live AVL and broadcast production services.

“But when we made the change to LEOPARD, the sonic quality immediately stepped up to a higher level.

“We wanted a box that could deliver a huge impact to the crowd when playing walk-in music from the truck, but also had the clarity needed for the interviews afterwards—even when the figures are exhausted and holding their mics down by their belts. The LEOPARD system accomplishes both and handily.”

Bonneau wanted a solution that not only sounded good, but one that could easily scale to a variety of arena environments without being seen by TV cameras.

Bonneau’s system design incorporates two custom steel pods with the pods flanking each side of an arena’s scoreboard:

“We’re saving over an hour on load-in and at least a half hour on load out. If points are clear, we’re typically floating off the ground in three hours.

“The way we package the system, the array boxes are rolling on carts of four, with our side hangs 12 deep and end hangs 16 deep. So it’s click, click, click on three or four carts and you’re done.”

Flown Elements + What’s Beneath the Mat

The system also utilizes a total of eight flown 1100-LFC elements, along with four 900-LFCs to provide additional bass for music and other impactful effects.

Underneath the octagon mat are five Sennheiser 421 microphones that are routed directly to the 1100-LFC elements.

“When a fighter gets picked up and thrown down, it lays your hair back when he hits the mat,” boasts Bonneau. “The fans many not be consciously aware of the effect, but it intensifies the total experience.”

Bonneau also points out that with the flown arrays sitting approximately 60- to 80-feet above the crowd, the UFC Events also use a separate audio system for the floor seats.

The floor system employs eight UPA-1P loudspeakers mounted to lighting fingers that extend out from the signature UFC lighting truss rigged over the octagon.

This configuration allows Bonneau to create a custom stereo mix for each of the four quadrants, with one high-impact mix for UFC executives seated at the octagon and an increase in vocal clarity for the press section.