There’s just about nothing we can’t do online anymore—from paying bills to making impulse buys on websites we’d never seen before to choosing which previously unknown future star should win $1 million as the winner of my favorite network TV competition show, America’s Got Talent. 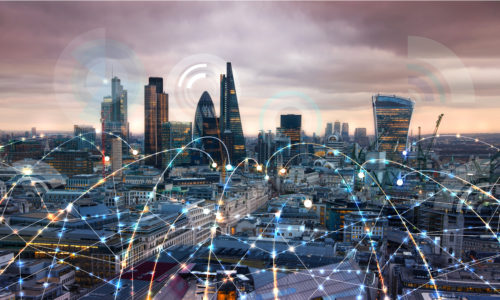 I wish our federal government had been working for the past four years to find a way to add voting for the next president—or re-electing the incumbent—to that list. I know it’s probably too late at this point to find a secure way to pull this off for the 2020 election in November, but maybe it’ll happen in 2024.

President Donald Trump has repeatedly fought the increasing push for mail-in ballots as the coronavirus outbreak has swept across the U.S., forcing voters to choose whether their voices aren’t heard on primary election day or they should stand in long lines for hours with hundreds or thousands of strangers at a time when we’re supposed to be staying home.

Trump added he’s fine with absentee ballots in cases when the voter won’t be able to get to his or her precinct on Election Day but still wants to exercise the right to choose the next president or even local official—and grab one of those always-fashionable “I voted!” stickers.

If absentee ballots are OK, I can’t understand why online voting hasn’t at least been considered by now. We clearly have the technology to make it work. Sure, people laugh at the fact I say AGT and American Idol use online voting and even texting and social media to pick their winners, but it’s proof of concept.

Those contests are open to people across the 50 states—and even beyond—and I’ve yet to hear about any security breaches for voters in those contests. Big banks and the world’s largest retailers boast about the security of user information constantly, yet those are the ones breached most often.

Even if online isn’t the only way people can vote, why can’t it at least be an option? It would likely be tough to make it mandatory since there are certainly registered voters who don’t have access to the technology necessary to cast their ballots, but it can be added as an option, just like absentee ballots.

If you won’t be home or just simply don’t want to stand in line all day to cast your vote, you should have more than one way to express yourself.

AV and IT companies have developed technology to figure out if people are healthy enough to enter buildings based on temperature and facial recognition, so those who say there’s “paper trail” for online voting just don’t understand how data collection works.

Every online voter can get an email receipt with a unique code proving they voted when and where they should. It’s kind of like how you get emails for your Starbucks coffee orders or Amazon shopping sprees.

I’ve been pushing for us to go to electronic voting for a while and I hope it’ll eventually happen. In a year when we’re facing a potential “second wave” of coronavirus infections in the fall, would you rather have an election where people vote from home or don’t vote at all? I know which one I’d choose if I could.