Dr. Aaron Ali and his two fellow co-founders are trying to do something in the medical world that’s never been done before: bring stakeholders, end users and entrepreneurs under one roof without looping in a college or university to serve as the base of their operation.

Introducing MedToMarket, a new approach to introducing health care technology and techniques to the marketplace in a 32,000-square-foot facility in Austin, Texas, that already has Ali thinking bigger, not just expanding on the original footprint but replicating it across the U.S. and around the world. 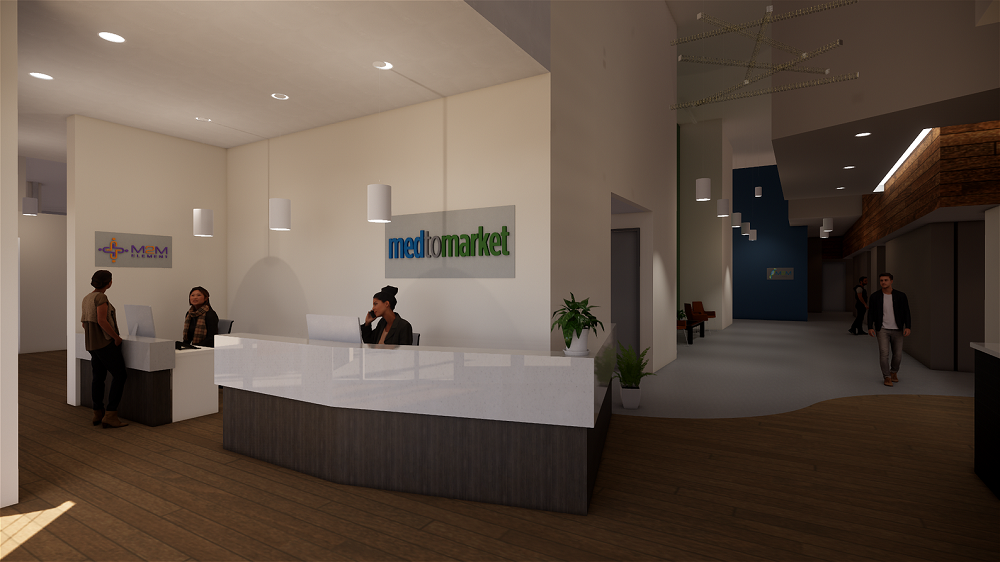 To achieve those lofty goals, Ali and his fellow co-founders scoured the world looking for the right health care technology partner to facilitate the large-scale AV integration, which includes:

Little did Ali know when he put his vision to paper a couple of years ago that his search for an AV partner would eventually end in his own neighborhood, where he brought on AV Helpdesk and VP Collin Hogan.

AVHD paired up with St. Louis-based Conference Technologies Inc. to do the actual AV integration for MedToMarket, which was set to open last month.

“This idea is really progressive,” says Hogan. “What they’re doing to foster medical innovation, we wanted to be part of it. It’s an exciting project for us.”

Under the MedToMarket model, large medical device companies train physicians on their new products, while entrepreneurs mull over whether to invest in what could become the next big thing in the field.

As the doctors operate on cadavers, up to 150 people will watch from the auditorium and the recordings of the “surgeries” can be shared around the facility to conferencing spaces for further discussion, from analyzing the procedure itself to making future procedures more efficient. 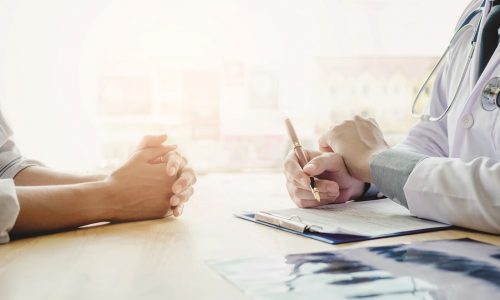 “We are training physicians on highly precise procedures that are incredibly difficult to teach and learn,” says Ali.

The spaces will be rentable, and Ali’s vision is to have the MedToMarket IT staff have as little involvement as possible thanks to the intuitive, simplified nature of the health care technology, which has a Crestron NVX control system as its heartbeat.

“We want to create a super-ecosystem for medical innovation, but also bypassing a lot of bureaucracy and red tape,” says Ali.

“We need it to be seamless. The world of medical education and innovation is difficult when you’re trying to pass it along to others. One of our biggest issues has always been lag. It really throws you off, especially when you’re talking about doing a very delicate surgery.

“Having all that technology integrated is incredibly difficult. I need this to feel like it’s live. We wanted to make sure that vision came to reality. We need people to be able to come in a room and not be babysat by my IT staff. We’ll keep on pushing the limits on this,” he says.

Once MedToMarket gets fully functional, the facility has space for 20 surgeries to occur at once. That means a lead surgeon can conduct training while other surgeons can replicate the surgery as it is being performed.

There are also glass walls at which observers can sit behind to see the techniques of the surgery. Their view is aided by cameras focused on the surgeon that provide greater details of the surgery on the massive displays throughout the space.

AV Helpdesk has worked with biotech and pharmaceutical clients in the past but this was its first time in a medical facility, says Hogan.

The company overcame early issues related to “very strict” oversight on funding and budgets by providing detailed engineering drawings to eliminate the need to ask for more money later in the process, says Hogan.

This was also AV Helpdesk’s first experience with Crestron NVX, but likely won’t be its last. Could the next opportunity come in the next MedToMarket facility? Ali envisions expanding the operation to the Midwest, then to the east coast, west coast then overseas.

“Our vision is to scale this,” he says, but notes he wants the future locations to follow the initial template. “I don’t want to have to do this over again.” Ali is already considering adding a large animal lab, wet lab and a larger auditorium.

“We want to make sure when we take the next step, it’s very seamless for us,” he says.