While the AV industry has been embroiled in an AV-over-IP 1G vs. 10G debate, Crestron product developers have been doubling-down on 1G. The result is a next generation of Crestron DM NVX network AV that includes newly-developed Pixel Perfect Processing technology.

“We can get a quality image that’s as good as a PC direct over a standard 1G network. What more do you want?”

Attendees at AV tradeshows — such as upcoming Integrated Systems Europe (ISE 2019) where next generation DM NVX will be on display – have become accustomed to av-over-IP 1G vs. 10G side-by-side demos at Crestron competitors’ booths, but the Rockleigh, N.J.-based manufacturer maintains that Pixel Perfect Processing foils those comparisons.

Working with partners such as Intel and intoPIX, Crestron made image quality even better – so much better, you can’t tell the difference between DM NVX video and a direct video feed. Like the previous generation of DM NVX, there’s no latency, and it supports more video formats than any other manufacturer.

Crestron, with its next-gen DM NVX line, isn’t shy about addressing competitors’ criticism. It will even acknowledge that there were some issues with displaying static images, including spreadsheets, in extremely high resolution with the previous generation of DM NVX.

“If you can have flawless video in every format and run on existing networks, that’s a big flag to plant on the mountain,” says Crestron’s Nic Milani.

“Whether that’s a real-word application or not,” Milani says, “we’re going to respond to it.”

Pixel Perfect Processing, which essentially improves JPEG 2000 encoding and decoding, is that response. Crestron says it has raised the stakes for itself; rather than side-by-side comparisons with 1G DM NVX with 10G competitors, it invites comparisons with direct-to-PC.

“We did find that there were some deficiencies with 4K60 4:4:4 on still images,” Alex Peras, product manager, DigitalMedia, tells CI. “You’ve seen competitors pull out where deficiencies are in JPEG 2000 with the Excel spreadsheet and the static images.”

Now, however, “we have to be as good as the PC directly out to the display,” Peras says. “That’s our new comparison.”

Beyond that, Milani adds, is his contention that improving the performance of JPEG 2000 via Pixel Perfect Processing results in “the best motion video performance in the industry.” Being able to offer that in a 1G platform is a key differentiator, he says. “If you can have flawless video in every format and run on existing networks, that’s a big flag to plant on the mountain.” 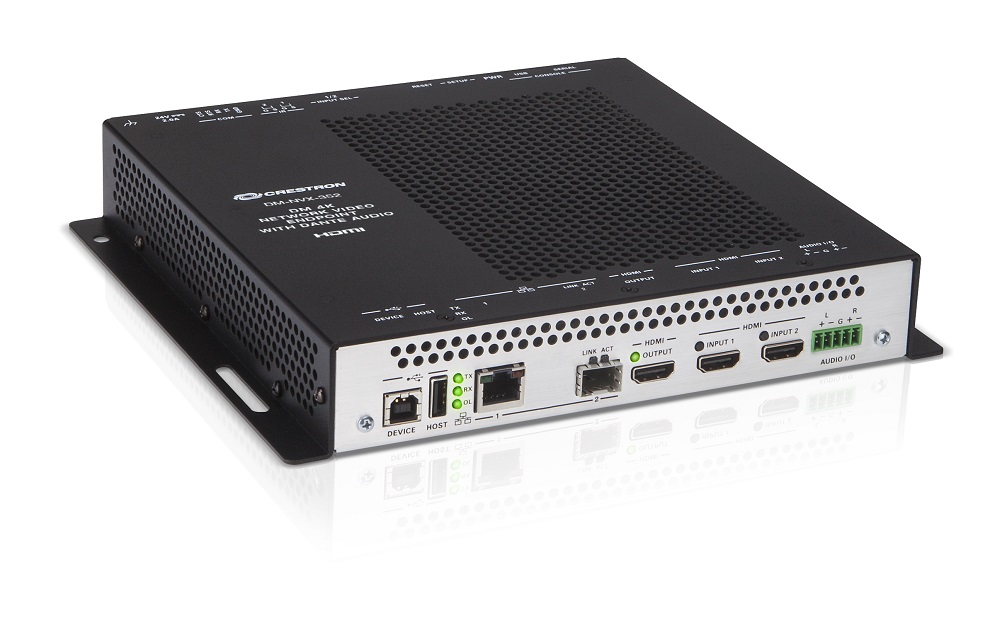 “Over the last 18 months we’ve shipped 120,000 NVX units onto the market,” Peras says. “We expected it to ramp but it has scaled much faster than we foresaw.” All those units, he reiterates, get the free upgrade to Pixel Perfect Processing.

However, Crestron is also announcing new DM NVX products that include Pixel Perfect Processing and will be on display at ISE 2019.

Each support HDMI connectivity and analog audio, delivering additional flexibility for basic endpoints when only video, audio, and control are needed, according to the company.

The DM-NVX-352 with Dante audio networking and AES-67 audio is also now shipping.

“We have an unwavering commitment to make DM NVX the best network AV solution in every way,” says Fred Bargetzi, Crestron CTO, in the press release.

“This new generation is the culmination of an immense investment in both dollars and engineering man-hours.”

One of the challenges with any network AV solution is anticipating evolving custom needs. Milani maintains that this next generation of Crestron DM NVX is developed to address the evolving demands for video content as well as IT infrastructure.

“Over the years we will be able to take this technology and evolve it with emerging technologies on the network to provide 8K over existing Cat 5e networks,” he says.

“We really think that at the end of the day that’s what a customer wants — a superior image with an unbelievably good quality output working with the infrastructure in the IT service and the support services that they already have.”

Milani is clear that he doesn’t think the 1G vs. 10G debate advances the AV industry. In fact, he sees it as holding back an industry that is increasingly tasked with providing solutions for network administrators of large enterprises and campuses. 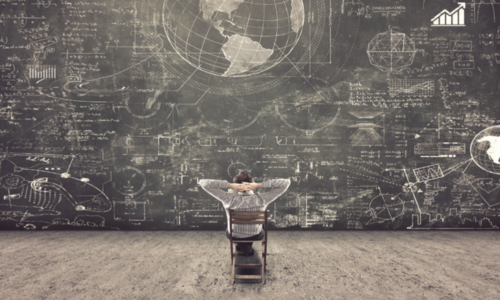 Related: 2019 State of the Industry Special Report
“It’s really simple. If the image quality is great, who cares how it got there?” Milani says. “Do you care what size pipe the hot water that came out of your faucet came from? No, you care if it was hot. We’ve got to get away from that debate.”

Crestron engaged with research firm Gartner, in part, to make sure it was on the right path in its network AV product development including its focus on 1G. “We figured, let’s talk to the experts on networks,” Milani says.

The company learned that the majority of AV-over-IP network deployments on campuses are 1G and “10G is barely shipped,” Milani says.

“If you look at the future, that’s where the really big ‘ah ha!’ is. Instead of 10G taking over 1G what we see is the introduction of 2.5G networks. We are a speck in the sea of this IT world and we’re not the only ones with bandwidth issues. The industry is responding, not by pushing everybody to 10G but with 2.5G running on existing Cat 5e cable. We know we can’t pull up the trillions of miles of Cat 5e cable that’s out there.”

DM NVX leverages 802.1x authentication, AES encryption, and Active Directory® technology to provide enterprise-grade security at the product level. And with the DM NVX Director™ network appliance, you can literally configure and deploy a thousand DM NVX endpoints in the same time it used to take to configure just one AV device the traditional way.