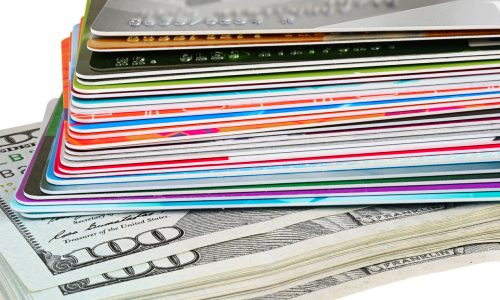 Related: Cash Was King—But Now It’s Going Away. What the Heck Happened?

The NBA and NHL are scheduled to pick up their seasons with playoff runs that will have no fans in the stand inside so-called bubble cities where all players will be tested regularly to see if they’ve contracted the coronavirus. Major League Baseball teams will play in their home stadiums but without fans.

The National Football League has already trimmed at least two preseason games from the 2020 slate and could push back the start date of the regular season depending on how the COVID-19 pandemic is controlled by later this summer or early in the fall. No word yet on if fans will be in the stands yet.

When fans are allowed back inside the stadiums to cheer on their favorite teams, two things that have become important components of my regular visits to Fenway Park and other ballparks across the U.S. and around the world might be nothing but memories: traditional paper ticket and cash.

Here’s more from a recent report in The Athletic outlining possible plans for the 2020 NFL season, including cashless transactions:

The recommendations, which are not mandates, will likely include having stadiums stop accepting cash, concessions only offering prepackaged food, and for all fans to wear masks, a source familiar with the group’s plans said.

“In some of the guidelines. we encourage cashless transactions,” the source said. “And so you’ll see that it gives you recommendations, yes to have prepackaged, pre-ordered food if you can, as much as you can. And I think you’ll see that was a trend, in some cases, prior to COVID. But now it’s just kind of in overdrive.

“I think it’s a more collaborative thing,” this source added. “Here’s a list of things, and recommendations that we should really consider in all facets of the game operations. And so it’s not just one item that kind of is the cream of the crop. And I think it’s a combination of things. And it’s all based on kind of mitigating risk in trying to keep people as configured as safe as we can. Again, it’s not the silver bullet.”

One NFL team currently is all cashless, the Atlanta Falcons. But more are expected to follow, with the pandemic accelerating that push (touchless transactions are viewed as cleaner than money).  There are hardware logistics like installing reverse ATMs and card readers at all concessions, as well as communicating the new policy to ticketholders.

I understand I’m in the minority on both counts and certainly respect that the push toward eliminating paper tickets and cash at sports stadiums is at least in part an effort to cut down on passing the virus to others, but I hope ticket stubs and paper money are still allowed the next time I go through a turnstile.

If I had to choose one to not be allowed, it would definitely be cash, but I know technological advances probably mean neither will be welcome inside the ballpark anymore post-pandemic. This is great news for AV integrators, of course, because it means a lot of upgrade work for them, but I’m not thrilled about it.

I’ve saved every ticket stub from every game and concert I’ve ever attended, so the prospect of turning that into a digital collection I’ll have to scroll through is a bit depressing, but if it’s the difference between never seeing another Red Sox game in person, I guess I’m going to have to bow to time moving on.