New Webinar on August 12: Digital Messaging Solutions For Your Post-COVID-19 Business Environment
Located in South Florida, Christ Fellowship is one of the largest and fastest growing churches in the country. Franklin, Tenn.-based integrator Mankin Media Systems was referred to the church initially as stakeholders began exploring LED walls for their main campus as part of an effort to create an immersive space and address what could be improved.

The church had an existing longstanding relationship with a regional contractor but was feeling tensions, wishing for a ministry partner that would help push to reach further and faster, rather than a contractor that simply did what it was told.

In January 2017, after identifying mutual core values between the organizations, a process was formally initiated between the decision-makers and Mankin Media Systems because church leadership was not satisfied with the stage shape, feel at the front of the room, and wished for more seats.

“The project was well into the construction drawing phase as we were introduced to the construction team and began formal design. Mankin’s team worked through a number of iterations to ultimately craft an acceptable stage and backstage space, as well as add an additional 138 seats,” notes Jonathan Frazier, Mankin’s chief marketing officer. 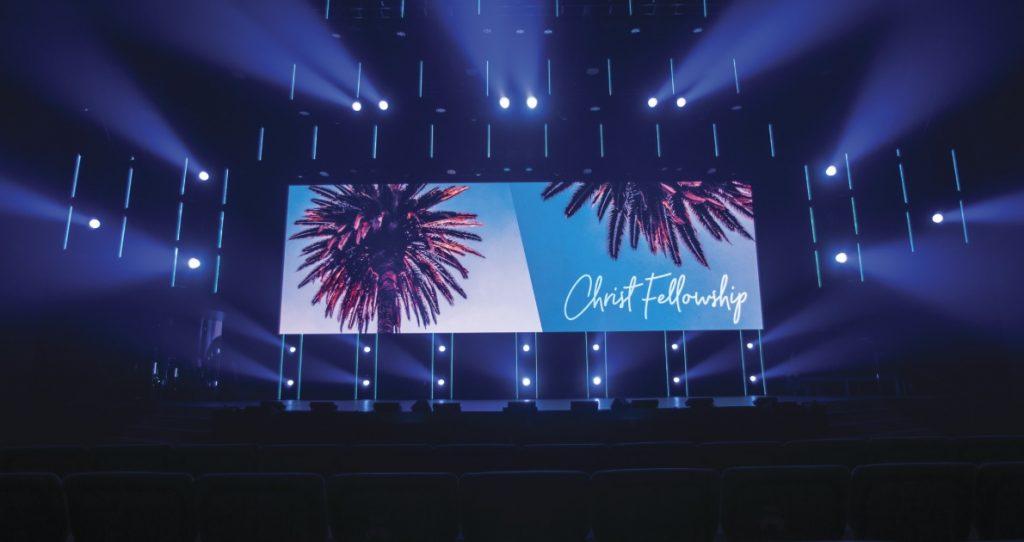 Because Christ Fellowship is a video teaching venue and also the first room for the church that would have LED walls, the size, placement, and viewer experience were crucial. Mankin Media Systems created multiple configurations and renderings until everyone had settled into a direction that felt right.

There were mutual concerns over the existing plan for the space’s acoustical sonic signature developed prior to Mankin’s introduction to the project, Frazier adds, and as such, Mankin introduced one of its acoustician relationships, Haverstick Designs, to take a fresh look.

“The primary goal was to achieve balanced decay between HF [high frequency] and LF [low frequency] but with more life so that the room would not be as dead for congregational participation without completely sacrificing clarity for spoken word,” he says.

Mankin Media Systems collaborated closely with L-Acoustics and the church to marry the loudspeaker solution to acoustic performance signature and treatment design, as well as address pre-existing challenges related to how it sounds in the first few rows where the pastors sit.

Due to the stage shaping there was less available space under the stage for subwoofers.

L-Acoustics helped mitigate this as the majority of LF in the system originates from the air between the K2 and K1SB loudspeakers flown over the stage, with supplemental infra LF produced by a smaller number of KS28 subs under the stage, according to Frazier.

“The result is a tremendously even and consistent audio experience throughout both floor and stadium seating,” he says. 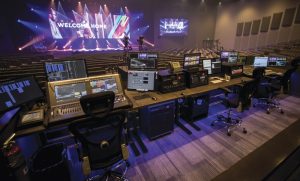 The theatrical lighting plot for the room represents a new philosophy compared to every other Christ Fellowship venue, he notes.

“With an increased value on lighting and the intentional introduction of visual layers, there are exponentially more fixtures than in their other spaces. This increase in quantity would allow one rig to deliver a variety of different looks and feels from a common toolset, and rarely, if ever, would all fixtures be on at the same time,” Frazier explains.

“Every fixture in the system is moving head LED —a mixture of Chauvet and Martin instruments —further increasing flexibility and creative options.”

Frazier reports that Mankin’s collaboration, and ability to question and challenge the church’s decision-makers when it deemed appropriate, helped make the project a success.

Mankin reports this testimonial from Danny Dagher, Christ Fellowship’s audio director: “I really do feel like we just brought on a dozen more highly qualified staff members that understand the ministry ‘why’when we’re working with Mankin Media Systems, and that’s a huge deal for our team.”

From the integrator’s perspective, “We are at our best when we are trusted to challenge the status quo and partner with a high impact client to create an enveloping, immersive space.

This project’s success was founded upon a highly collaborative design/build process, and has established a new bar for Christ Fellowship going forward,” Frazier says. 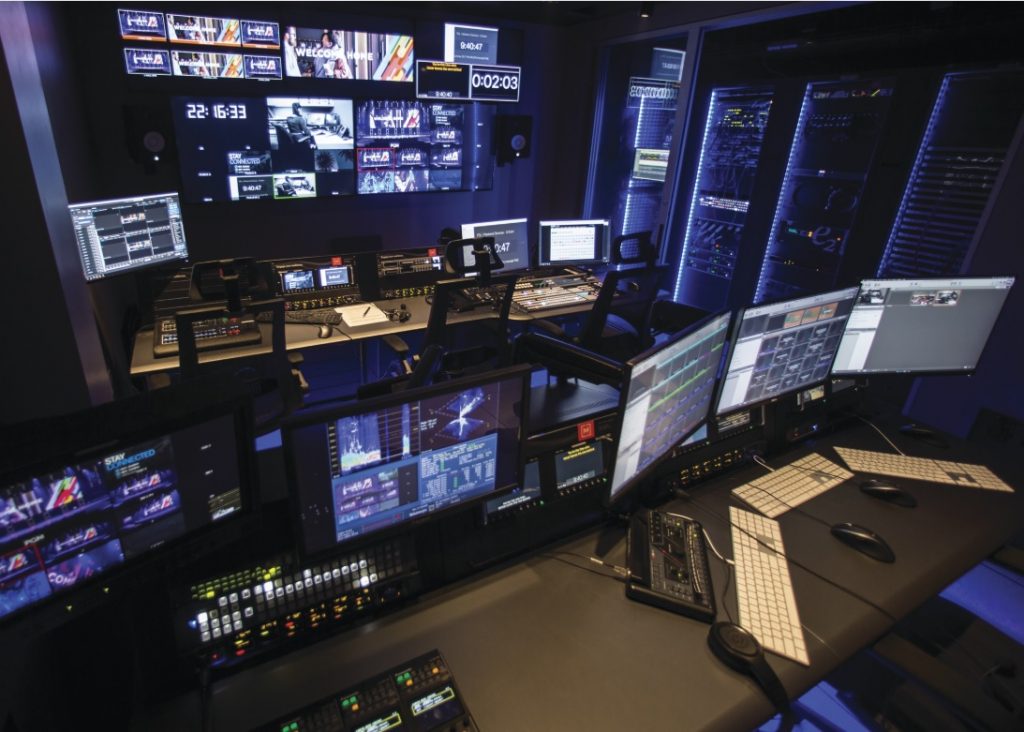