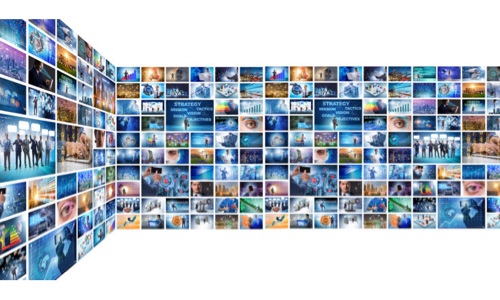 While the term video over Internet Protocol (IP) has existed for quite some time, it essentially has been used to refer to any type of IP-based video transmission. However, regardless of the cabling medium, most of these systems to date have been supported by traditional audiovisual (AV) architectures where signals are sent and received via AV transmitters, receivers and video matrix switches rather than using true Ethernet LAN switches. This has prohibited AV transmission from truly converging onto existing network cabling infrastructures, and they have instead remained on their own standalone network. But all that is changing with AV over IP that uses standard network equipment to transmit and control AV signals.

A Step in the Right Direction

Since it was introduced by the HDBaseT Alliance, HDBaseT has evolved to support what has been dubbed “5Play”—the transmission of ultra-high definition 4K video and audio along with 100 Mb/s Ethernet (100Base-T), USB, bidirectional control signals and 100W of power (power over HDBaseT [POH]) over a single twisted-pair cable for distances up to 100 meters using standard 8P8C (RJ45) connectivity.

While HDBaseT can run over Category 5e (to limited distances) and Category 6 cabling, the HDBaseT Alliance and HDBaseT equipment vendors all recommend the use of Category 6A twisted-pair unshielded cabling at a minimum to support the bandwidth required for 4K signals and reach the full 100-meter distance. Many AV vendors recommend stepping that up to Category 6A or Category 7A shielded twisted-pair cable to ensure a truly robust performance—especially for installations with unmanaged environmental factors. Shielded Category 6A or Category 7A offers better resistance to alien crosstalk, which has a significant impact on HDBaseT signals wherever multiple cable are bundled together. Further, with POH running at a higher remote powering level of 100W, shielded cabling offers far superior heat dissipation and thermal stability.

While HDBaseT remains the most popular AV protocol over twisted-pair cabling and was a step towards using a common cabling medium, it is not true IP as it used a different packetization protocol (T-packets). Further, an HDBaseT system must use HDBaseT equipment, so it essentially must remain as a standalone system and therefore does not meet the true definition of IP convergence.

Today, there are newer AV protocols that truly can be considered an IP system because they transmit AV signals over standard off-the-shelf Ethernet LAN switches. Introduced in 2017, Software Defined Video over Ethernet (SDVoE) supporting uncompressed 4K video, audio, control and 1 Gb/s Ethernet (1000BASE-T) is one such platform that aims to offer greater saving, flexibility and scalability compared to HDBaseT since it addresses the full 7-layer OSI model and leverages what we in the IT industry already use for transmitting data—standards-based network cabling, Ethernet, TCP/IP and low-latency switching. It also eliminates the use of AV video matrix switches, which typically cost about 90% more per port than a standard Ethernet switch since Ethernet ports are bidirectional and can therefore be used as both an AV input and output port. Ethernet switches also typically take up about a quarter of the rack unit space compared to a video matrix switch, and they support power over Ethernet (PoE) capable of delivering up to 90W of power.

While a few other AV over IP protocols have been introduced, such as the Society of Motion Picture and Television Engineers (SMPTE) 2110 standard that defines the uncompressed transmission of HD video over IP, JPEG-2000 lightly compressed video over IP, and high-efficiency H.264 and H.265 video compression for video over IP, most industry professionals see SDVoE as the most disruptive technology and the one that will ultimately pave the way for fully converged AV over IP. In response, the HDBaseT Alliance introduced HDBaseT over IP shortly after the introduction of SDVoE to also leverage standards-based network infrastructures and 10 Gb/s Ethernet switches for cross-campus transmission, but it requires HDBaseT-to-HDBaseT-IP bridges and HDBaseT-IP switches.

When it comes to network cabling media for SDVoE, Category 6A cabling is not just recommended—it’s required. SDVoE requires a 10 Gb/s Ethernet network (10GBASE-T), which can only be supported by a minimum of Category 6A cable. And for the same reasons as HDBaseT, shielded cabling is recommended—eliminating crosstalk and providing superior heat dissipation and thermal stability for remote powering (PoE in the case of SDVoE).

We’ve Got Your AV Cabling System 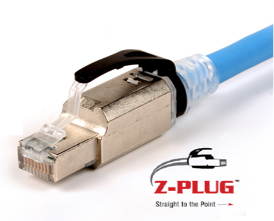 Regardless of whether your AV system is HDBaseT or a true IP solution like SDVoE, Siemon has the cabling systems you need to support it all—and with superior performance to fully combat video disrupting alien crosstalk for a clearer picture. And because Siemon Category 6A and 7A shielded cables offer a higher operating temperature of 75°C for better heat dissipation (exhibiting half the heat buildup of UTP) they offer superior support for the higher power levels of POH and PoE (100 and 90 Watts) needed to power video displays.

These cables can also both be terminated to our industry-leading Category 6A shielded connectivity, including our robust high-performance Z-PLUG field-terminated plug that allows for custom-length direct connections to video displays, eliminating the need for traditional outlets and patch cords for a cleaner, more aesthetically pleasing look and material cost savings. Click HERE to learn more about our shielded cabling systems and Z-PLUG to support your AV over twisted-pair application.