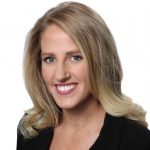 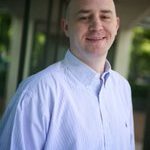 Nope, your eyes aren’t deceiving you. We’re doing things a little bit differently this year for the 2019 edition of the AV industry’s 40 CI Influencers Under 40.

First of all, we’re releasing the list a few months earlier than we normally do, pushing it up from the end of the summer/early fall time frame you’ve come to know to a late spring/early summer rollout.

When you’ve got this much young AV industry talent in one place at the same time, why wait to share it with the world?

You might also notice there are fewer people on this year’s list than in previous years. That’s because we’re actually sticking to the 40-person limit this year, rather than our previous practice of squeezing as many talented people as we could into 40 slots.

While that practice helped us introduce you to more people than most 40 Under 40 lists do, it got a bit cumbersome and confusing, so we’ve decided to return to the original intent of this list and cap it at 40 individuals.

How they got into AV:

It Wasn’t Easy Choosing the 40 CI Influencers Under 40

We had to make some tough decisions about some nominees, moving them onto the list for 2020 consideration.

You’ll notice we stuck to a one-person-per-company policy this year, other than in the Back Stage quartet and NSCA Ignite panel group, and we’ll keep that in place going forward.

Despite the changes to this year’s CI 40 Under 40, we think we’ve come up with another spectacular collection of young talent, many of whom we know well and a few others we’re happy to know now.

We hope you recognize many of the names, faces and Twitter handles and try to connect with those you don’t.

See the slideshow here for the full 40!

Sure, there are some honorees who we reserved spots for after the first time we met them or talked to them for previous stories, but a sizable majority comes from the AV industry at large, including many nominees from those who previously received 40 Under 40 recognition.

That’s the way we always envisioned this working so we’re glad it’s met those expectations. Keep the nominations coming. We’re already putting together the class of 2020 and the competition is going to be fiercer than ever.

Why they love being in AV:

But, first, enjoy the 2019 40 CI Influencers Under 40. Without further ado, here are this year’s honorees. Get to know their names and their faces. If they’re not already at the top of the industry, they will be soon.