Kelly Perkins, 36, might seem too young to have already experienced a mid-life crisis, but as someone who’d been earning a paycheck since she was a nanny at age 14, she found herself needing a break—and she took it, walking away from the AV integration industry for about four months for what she calls “a sabbatical” traveling around Australia and New Zealand. 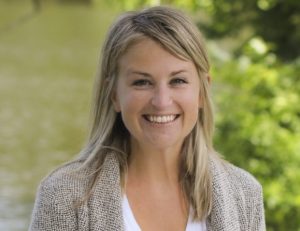 Under Kelly Perkins’ guidance, NSCA IGNITE internship program is launching this summer as a pilot program with subsidized offerings for manufacturers and integrators and an online learning management portal

“I realized there’s so much more out there than me in AV and living in my condo in downtown Minneapolis,” says Perkins. “I was burnt out and I needed to unplug, get away and do something different.”

Perkins sold her condo and used a friend’s house as her base camp during her trip.

“I mostly traveled alone,so that gave me a lot of time to think,” she says.

“Everyone always has a lot of people giving them advice about what to do with their lives, and I appreciate that, but we’re all our own people and we all have our own likes and passions.

“What I realized was I wanted to go work for an organization that’s doing something good, whether that was in AV or not. I wasn’t looking to make $1 million. I just wanted to do something good.I’m stoked to be back in the industry. I’m refreshed and excited.”

Before Kelly Perkins left for Down Under, she had talked to NSCA executive director Chuck Wilson about his plans to create a program director position for the NSCA Education Foundation and NSCA IGNITE. While the idea was interesting to Perkins, she told Wilson she’d understand if he filled it while she was away.

Perkins had been part of the NSCA Education Foundation board of directors, primarily focused on the NSCA IGNITE workforce development initiative, since 2015.She talked to Wilson a few times during her sabbatical and became increasingly excited about the position the more she heard about it.

“I get to do something good in the industry I love,” says Perkins. “And not only am I helping one company. I get to help tons of companies.”

Perkins didn’t know she’d find her passion in AV when she graduated with a journalism and graphic design degree in 2005. After spending parts of 2007 and 2008 bartending, she applied for jobs everywhere, eventually landing at Vaddio as marketing and communications manager.

“When you work for a small company, which Vaddio was at that time, you have to get your fingers into everything,” says Perkins. That includes terminating cable and other more technical aspects of the industry, some of which she learned as a college intern at local TV and radio stations.

Perkins joined AVI Systems as marketing manager after 6½ years with Vaddio, coordinating the messaging and branding across the company’s 16 offices.

Let’s go Back Stage and learn more about Kelly Perkins.

Commercial Integrator: What are the differences between working for an AV manufacturer and integrator?

Kelly Perkins: Working for an integrator is significantly harder. With a manufacturer, you know your channel. It’s tough as an integrator to go after the end users, because it’s pretty much everyone. And sometimes it depends on the capabilities each of your offices have.

CI: AVI Systems is one of the few AV integration firms to adopt an employee stock ownership plan [ESOP] structure? What did you think about that approach?

KP: I have more in my retirement fund from my 3½ years at AVI than from my entire career before that. It takes a while to see [the payoff], but the idea of an ESOP is amazing. Young people don’t always understand how important your retirement is.

This is teaching them the importance of that. You feel very accountable for every dollar, but at any company, you have to choose to make the right business decisions.

CI: What are the challenges and opportunities with your new job?

KP: There are so many things coming out of the NSCA Education Foundation, but when you have volunteers putting most of them together, things can sometimes fall through the cracks. I’m so excited and thrilled about every little piece of this. I tend to go balls-to-the-wall, so I’m trying to make sure to take my time with this.

Working remotely can be challenging, but I’ve been personally passionate about getting young people into this industry for a while now. I want the [NSCA IGNITE] internship program to be as useful as possible,so I welcome anyone who has any feedback to tell me what they think about it. It’s about communicating in a user-friendlyway.