Level 3 Audiovisual had never made an acquisition—or even included the idea of acquiring another integrator—in its strategic plan in its first decade, and the company isn’t likely to make another deal anytime soon. But some partnerships make too much sense for all involved to look away.

That was the case when Level 3 AV acquired Audio Visual Resources (AVR), a 17-year-old New York-based firm with a focus on third-party testing and commissioning AV systems that had long been a focus of the work done by Level 3 and had caught president Jeremy Elsesser’s attention more than six years ago.

So, what made Level 3 do something it had never considered and doesn’t plan to do again?

“It comes down to culture,” says Elsesser. “Level 3 was not at all looking to acquire a company. That was not at all part of our strategic plan. It really came to be organically, working together for years, teaching together [in AVIXA CTS training courses] and co-evangelizing the good word of quality management in our industry.

“We just found an amazing synergy, an amazing chemistry. We didn’t want to lose the opportunity to add a company that feels like family Putting us together as [one] company feels like continuation of the relationship we’ve had for the last six years. It can get pretty exciting when it’s about time to complete a deal and I can understand why people would want to do that more and more — but not me,” he says.

The Future at Level 3 AV

Mario Maltese, the former CEO of AVR, is retiring from the AV integration world as part of the sale, but he will remain involved in the industry as executive director of the Association for Quality in Audio Visual Technology (AQAV). AQAV is a non-profit organization and not part of the acquisition.

While other companies had made overtures to AVR once Maltese made it known the company was for sale, the best fit always seemed to be Level 3.

The addition of an east coast office will allow Level 3 to pursue global opportunities it had to turn down in the past.

“Certainly, you want to make a good business decision, but it would be tough to leave if I felt like the principles were going to be compromised in any way,” says Maltese. “It just seemed to fit. We’ve been dedicated to improving the quality of AV, so it was big deal to have the chemistry correct and have someone with the focus on quality management.”

James Maltese, who was president of AVR but also found himself involved in sales and engineering duties, is the new VP of quality standards at Level 3. The pairing of the two companies is “like a match made in heaven,” he says.

“The cultures between Level 3 and AVR gelled so well,” says the younger Maltese, whose father first broached the idea of retirement five or six years ago. “The skills of the companies complemented each other so well. I’m just stoked about this acquisition.

“If we can deliver high-performance system and get the market to expect that and demand that, I think we’ll be in great shape. There are a lot of integrators who aren’t paying attention to the last 10 percent of the project, not paying enough attention to the end user,” says James Maltese.

AVR went without a sales force “to its detriment” throughout its 17-year history, relying on word of mouth to find its next job. That changes with the incorporation into the Level 3 family.

“We always stayed a small regional company with tremendous reach,” says James Maltese. “We’re hoping to widen our net.” Elsesser says the deal also gives Level 3 a presence on the east coast of the U.S., and particularly in the New York market, that it didn’t have before but has wanted for a while.

The addition of an east coast office will allow Level 3 to pursue global opportunities it had to turn down in the past, he says. 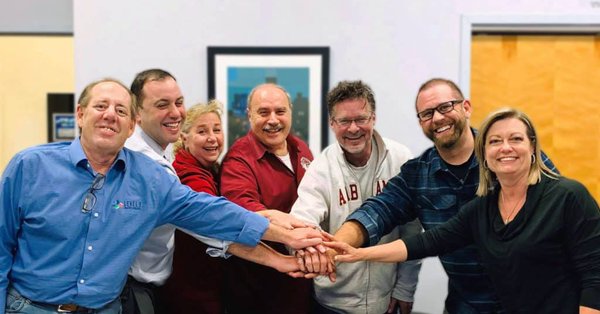 Lessons from the Deal

As a rookie in the M&A world, Elsesser learned many lessons through this experience.

“If you’re a competitor for L3, you’ve got some tough work cut out for you. I’m dying to see what this juggernaut is going to do,” says Mario Maltese.

“You can never have enough time,” he says. “No matter how much planning, no matter how much scheduling you put toward it, it takes significantly more time. There was also some emotional components to it. Jim says he’s getting me a coffee mug that says, ‘I fired Mario Maltese.’”

But the deal gives Level 3 more of a foothold in the third-party testing arena, says Elsesser.

“It gives us an industry standard to reference and test against and that gives us amazing consistency,” he says.

Don’t expect Mario Maltese to get sentimental about the sale or his decision to walk away from the AV integration world though.

“I don’t think I’m going to miss it,” he says. “Plato once said, ‘Those with torches will pass them to others.’ I feel very good about what we’ve created and that it will now be engaged on a much larger scale.

“I feel good about getting the heck out of here. It’s in good hands. If you’re a competitor for L3, you’ve got some tough work cut out for you. I’m dying to see what this juggernaut is going to do,” he says.

More on Preparing for an Acquisition and Mario Maltese’s Easy Retirement Decision: