When we think about audiovisual failures — and, in case you haven’t noticed, we think about them a lot — we picture crooked projectors, speakers hung precariously over populated spaces, the all-too-common “error” screens… but there are so, so many more ways for audiovisual installations to be done haphazardly. One of the most prevalent examples: the use of zip ties for things they have no business being used for.

We could understand if it was exclusively used for cabling (another word for ‘zip ties’ is ‘cable ties’, after all!). But no. They have gone far, far beyond their intended use case in audiovisual installations. 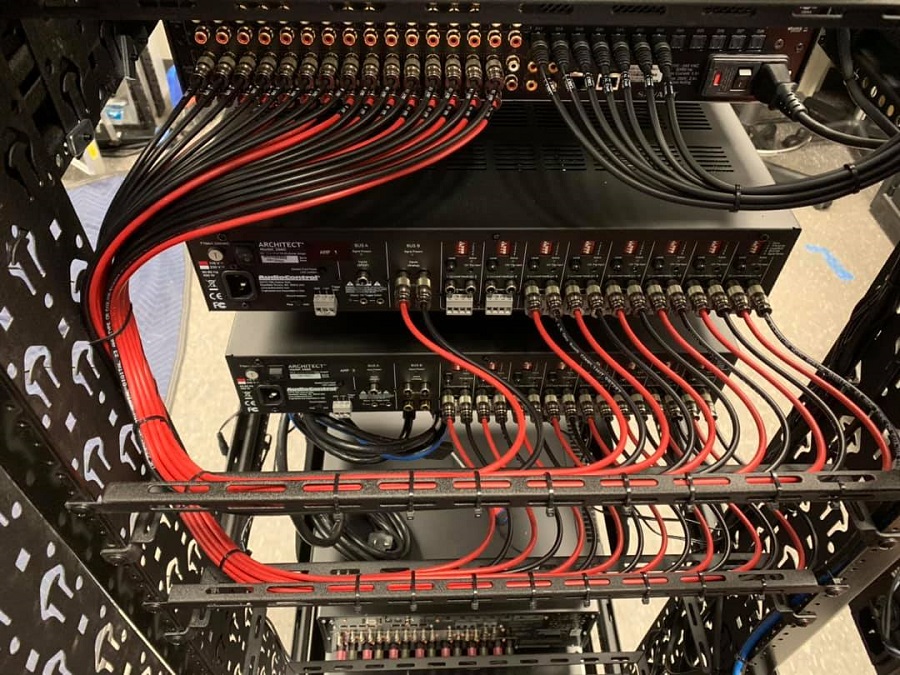 Cable ties as they were INTENDED to be used!

Using zip ties for anything else is dangerous

The most common thing we see integrators lamenting on pages like the AV Install Nightmares Facebook group and at in-person events (remember those?) is the prevalent use of zip ties to “secure” things like speakers and projectors.

This is, of course, very dangerous and should be shunned if caught. Sure, a business owner might think it’s a way to save money, but what will it cost them if the technology falls on a customer’s head?

Just take this tweet from Joe Way, Director of USC’s Learning Environments, as an example of what we mean:

Related: Migraine-Worthy Digital Signage Installation Fails (And What They SHOULD Have Done) 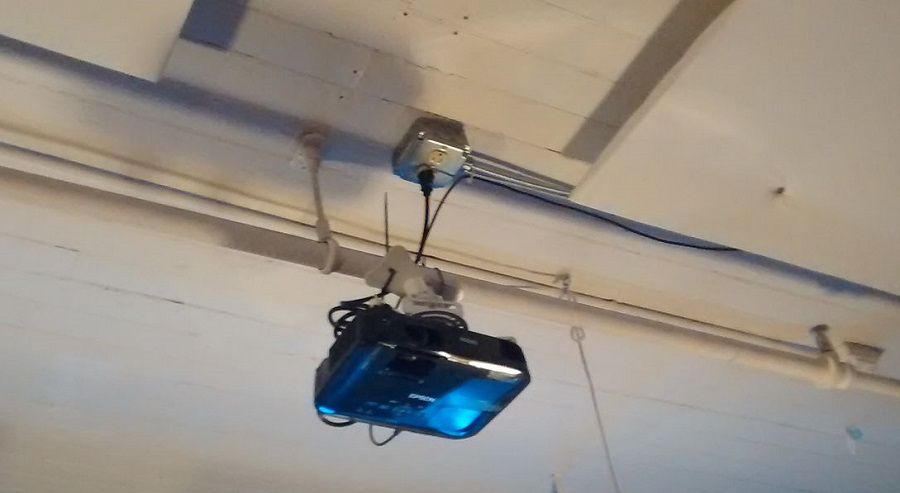 The user who submitted this photo to the above group said it was mounted to a sprinkler line and held up with zip ties — and the ties weren’t even trimmed! The humanity!

Should we just caption this one, ‘clamps rust; zip ties don’t’?? 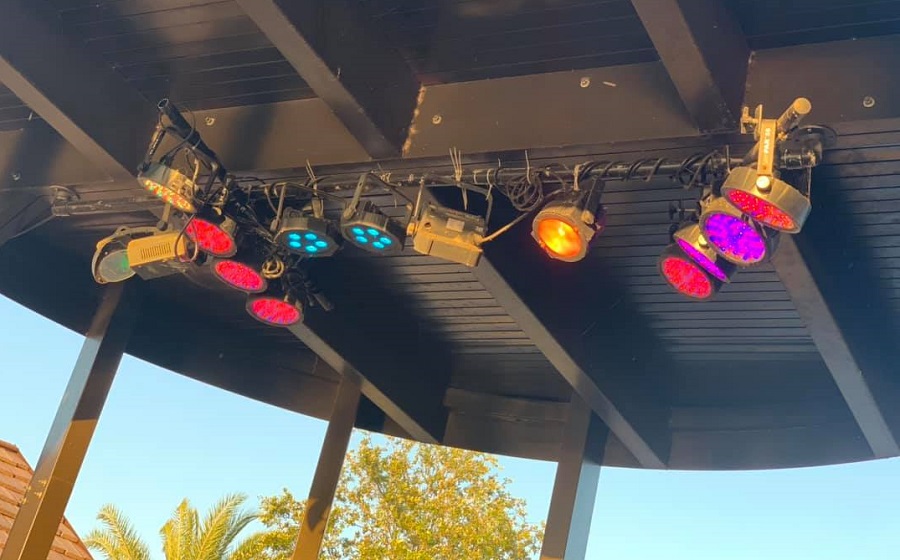 It can get pretty extreme…

Some “installations” use zip ties in a way which defies logic. Just look at this…monstrosity.  Cable ties everywhere, and what’s that? A strap just for good measure?! 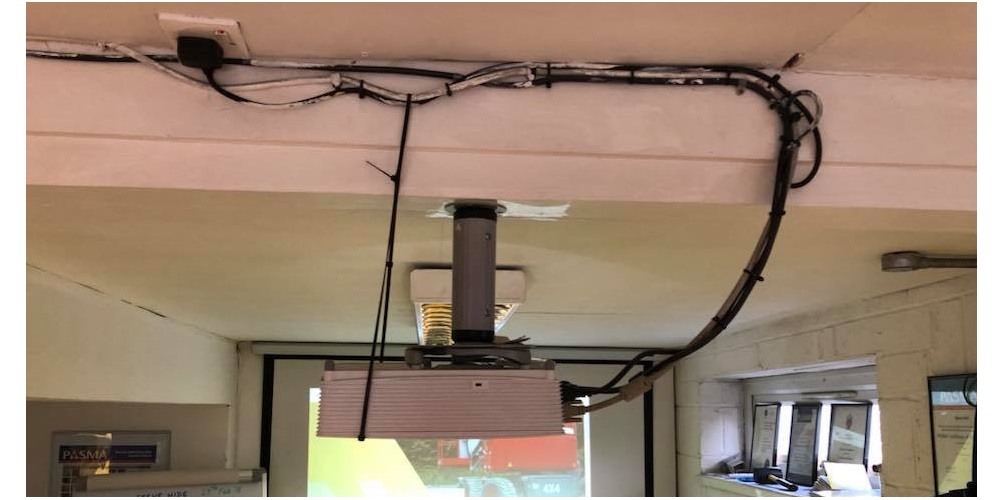 What about this lighting bar clamped down by a C-clamp… bolted to fluro beam, not load rated. AND it’s not actually botled! 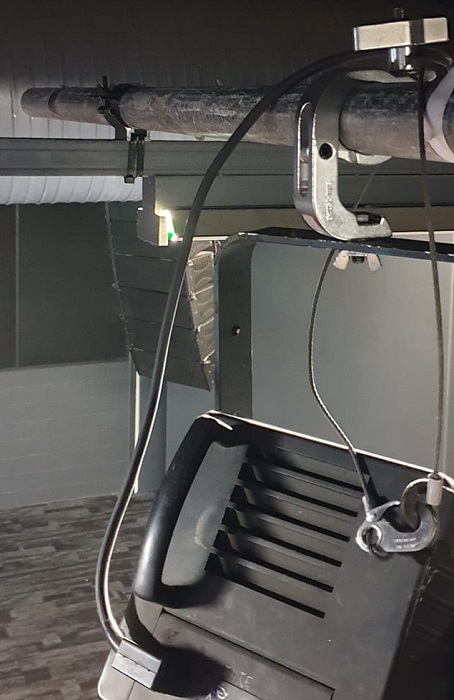 Have you seen anything like this in the field? Send us your pictures to: adam.forziati@emeraldx.com