Riedel Communications will showcase its latest innovations in real-time signal distribution and networking solutions for broadcast and live performance at the Riedel ISE 2019 booth inside the RAI Amsterdam this February [stand 6-K140].

Riedel’s product line “reflects the company’s continued support of standards and interoperability, ongoing development and expansion of software app-based solutions, and groundbreaking concept of decentralized signal routing,” according to the company announcement.

Here’s more about a few of the products the company will show off in its Riedel ISE 2019 booth:

Bolero has no IP configuration needed. A new external power supply can power up to five antennas to achieve power and data redundancies. A new, single-RU, half-width external interface box, with six analog 4-wires and three GPIOs, can be directly connected to any antenna and then patched into an existing intercom system.

The system is configured via a web GUI internal to the antennas. Other new capabilities provided by the Bolero update include individual rotary programming, Bluetooth headset support, and a new beltpack QuickMute feature that allows users to set the volume of all channels to zero.

As the latest of the company’s SmartPanel app-driven user interfaces, the RSP-1232HL “is poised to allow users to work the way they always have while opening up entirely new possibilities,” according to the Riedel announcement.

Each of the RSP-1232HL’s 32 lever keys features an integrated rotary encoder that provides control over parameters in the same location as the key. Users are able to choose custom colors for either the key labels or the LED rings that are positioned around each key.

In addition, the RSP-1232HL supports AES67 audio through two fiber SFPs and two RJ45 connections that offer a variety of daisy-chaining and redundancy options and deliver extraordinary cabling flexibility.

In combination with all the built-in glue features — including audio embedding/de-embedding, frame sync, sample rate conversion, audio/video delay, signal routing, and on-screen display — the MicroN IP App turns the device into a universal tool for all IP-interfacing needs.

The device can also be fully networked with all existing MediorNet products. MicroN IP applications range from a stand-alone SDI-to-IP converter to a fully networked system with numerous different IP gateways and baseband inputs and outputs.

Four of these outputs are dedicated to monitoring the SMPTE ST 2110-20 streams. Also supported are up to 128 channels of AES67 audio, two optical MADI ports, and sync I/O. 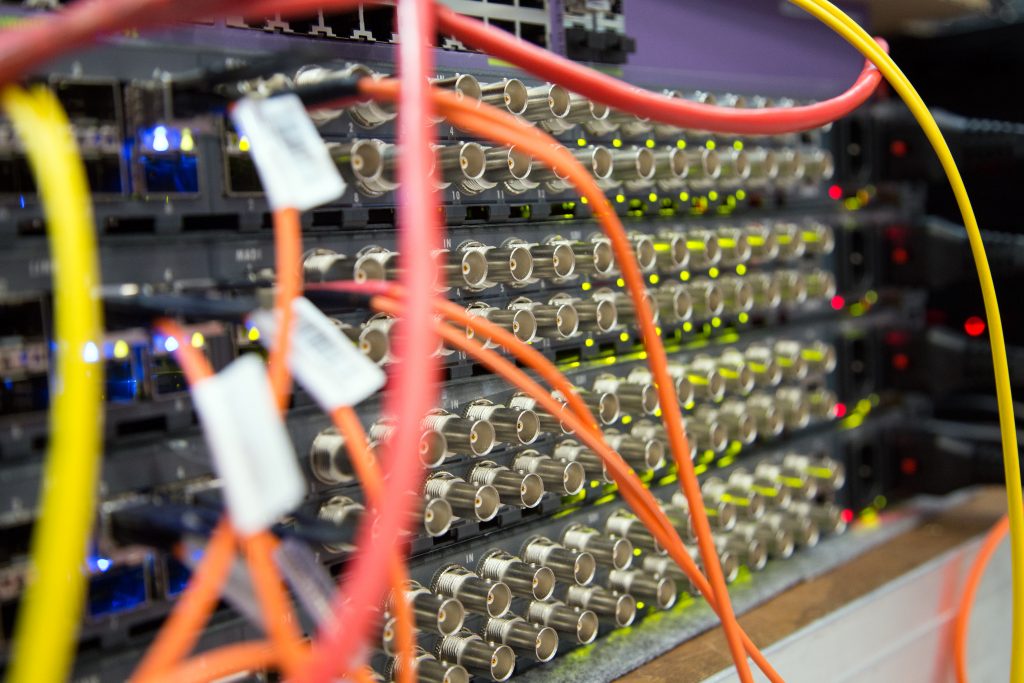