Connecticut’s oldest publicly-funded university, Central Connecticut State, provides nearly 12,000 students with education in liberal arts and sciences. But when the school learned of students who were dragging desktop computers across campus to play in other rooms, it decided to transform a disused space into a university esports center that would bring students together. Adtech Systems joined forces with the school to make it happen.

Sparked by the booming interest in gaming among its student body and growth of the eSports industry, CCSU set out to build a premier university esports facility on its campus within just four months.

With most of the campus already standardized on Crestron solutions, Crestron DM NVX AV over IP technology was the go-to choice to power the new space.

Related: Everything You Need to Know to Get Started in the esports Tech Market

Crestron DigitalMedia technology is also installed in a variety of event spaces and specialized facilities throughout the university, including the newly renovated Marillac Auditorium which can seat more than 500 guests and easily transform from a traditional style auditorium into a large interactive learning venue.

“When partnering with CCSU to design this state-of-the-art facility, we knew we needed a reliable solution that would give their students a competitive edge. Crestron DM NVX has delivered,” says Philip Muscatello, SVP Marketing and Business Development, Adtech Systems. 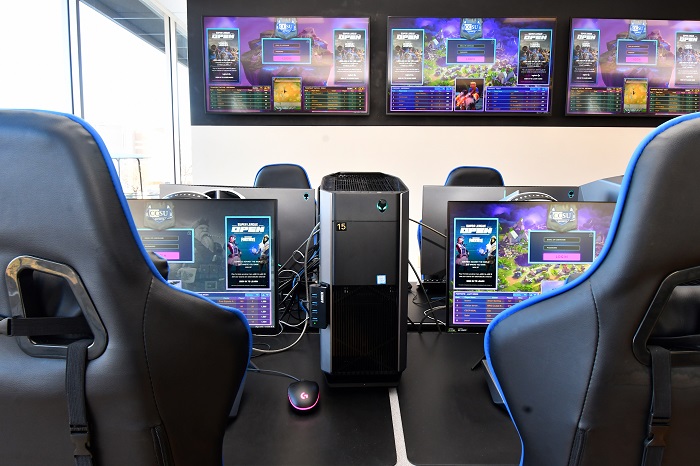 Inside the CCSU ESports Center, top-of-the-line computers and comfortable gaming chairs are lined up to create individual gaming stations.

From Xbox and PlayStation consoles, to Nintendo Switch gaming systems, there’s something for every student to enjoy.

The center includes a shoutcasting booth equipped with a green screen, microphones, and cameras. Using the booth, students can record, broadcast, and conduct play-by-play analysis of games for live streaming platforms like Twitch.

Fourteen DM NVX encoders/decoders drive video content to displays with no latency – especially critical in gaming. Gamers are able to display content from their individual station to four 80-inch screens along the perimeter of the room so an audience can watch.

The 300+ members of the eSports & Gaming Club – one of the university’s largest clubs – now enjoy a dedicated space where the DM NVX platform helps them hone their skills for competition in leagues such as the ECAC and Tespa.

Impacts Beyond the Room

Enthusiastically received by students, the CCSU ESports Center has become the blueprint for how CCSU will deploy rooms with multiple displays and big data layouts.

The center has an even more important role to play, according to the university’s president.

“The university esports center is not just a video game lounge; it is a place where academics, research, and gaming meet and will soon expand CCSU’s mission to be a driving force of the economic, cultural, and intellectual development in Connecticut,” says Dr. Zulma R. Toro, President of Central Connecticut State University.

To that end, CCSU faculty are developing courses in game design, digital storytelling, and character development, among others. “With the addition of eSports-related courses, CCSU students will be among the most employable in the state, and beyond,” President Toro adds. 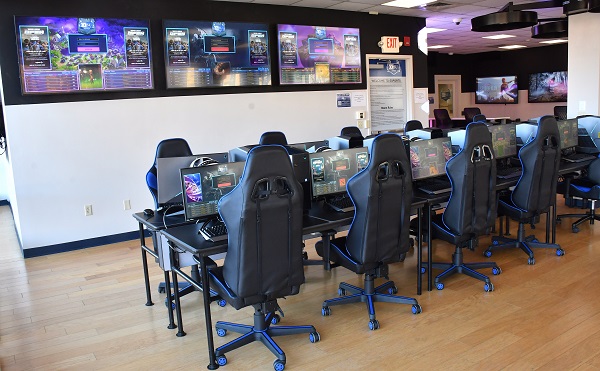 With the successful implementation of DM NVX, the university has already begun deploying new units across campus including their recreation center and new engineering building.

“As our Crestron footprint continues to expand with each project, so does our appreciation of the positive impact the technology has on the university,” said Dr. George Claffey, Chief Information Officer at CCSU.

“Crestron DM NVX keeps our ESports facility agile and nimble to support an environment that can be used competitively, recreationally, or academically while truly establishing a place of inclusivity for our students.” – Dr. George Claffey, Chief Information Officer, Central Connecticut State University

“We’ve always had a good relationship with Crestron and deployed their technology across our campus since we went digital. Crestron delivers solutions that our faculty and students are familiar with and trust.” – Dr. George Claffey, Chief Information Officer, Central Connecticut State University

“At CCSU, we’re always looking for ways to improve our campus for both current and prospective students. With Crestron, we have been able to take an activity that students typically enjoy at home and amplify it to create a university esports program for our community,: says Dr. George Claffey, Chief Information Officer, Central Connecticut State University