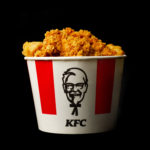 Fast-food chain says sustainability is at the heart of its plan to 3D-print nuggets with chicken cells and plants—but is that what their customers want? 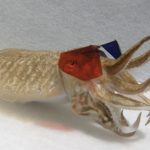 Researchers recently constructed a miniature underwater 3D movie theater to see if humans and cuttlefish are more alike than expected.

IMAX Leaving 3D Behind in Favor of Virtual Reality

As IMAX theaters drop 3D technology in favor of 2D and virtual reality, the future of 3D in the consumer or commercial industries remains cloudy.

Avengers: Infinity War Was Shot Entirely On IMAX Cameras: And It Paid Off Considerably 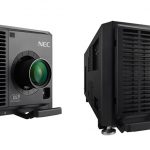 HP says 4th Industrial Revolution will transform cities into markets. So how will systems integrators detangle the web of connected devices and reinvent AV?

A 3D projection-mapped table powered by BrightSign at the Stolen Heart Exhibit tells the story of how Jewish property was taken from its rightful owners.

3D printing is (slowly) being used to produce for-sale products, video conferencing equipment and even human organs. Don’t discount this technology just yet.