AtlasIED today announced the release of the Atmosphere digital audio platform, a product that company officials say is “dramatically easier to configure, install and operate than traditional digital audio systems” and adding it boasts two-plus years of development before today’s release.

The Atmosphere digital audio platform features “the modularity, scalability, versatility and quality performance to support the audio needs of a wide range of commercial applications,” according to the AtlasIED announcement.

“The components comprising the platform have been designed to work seamlessly together, to minimize training time and installation, configuration, and programming headaches for AV integrators, and reduce the learning curve for end users,” the announcement says.

“This product launch represents a new era for AtlasIED, signifying our commitment to the audiovisual community through a comprehensive product platform that offers unprecedented benefits to both integrators and end-users,” said AtlasIED president John Ivey in the company announcement.

“The culmination of more than 480 man-months devoted to Atmosphere’s design, engineering, and execution, this platform launch and subsequent product rollouts positions AtlasIED as a leader in the digital audio industry and creates exciting business opportunities for technology integrators,” he said.

Ivey added during the press conference announcing Atmosphere’s launch that AtlasIED “built something we believe will give our dealers’ customers a great experience.

“The more feedback we get, the closer we can come to building the perfect solution,” he said during the live Q-and-A session after the press conference.

AtlasIED VP of sales Michael Peveler agreed during the Atmosphere press conference that “AV integrators and their customers expect a reliable experience” and this new digital audio platform delivers it. 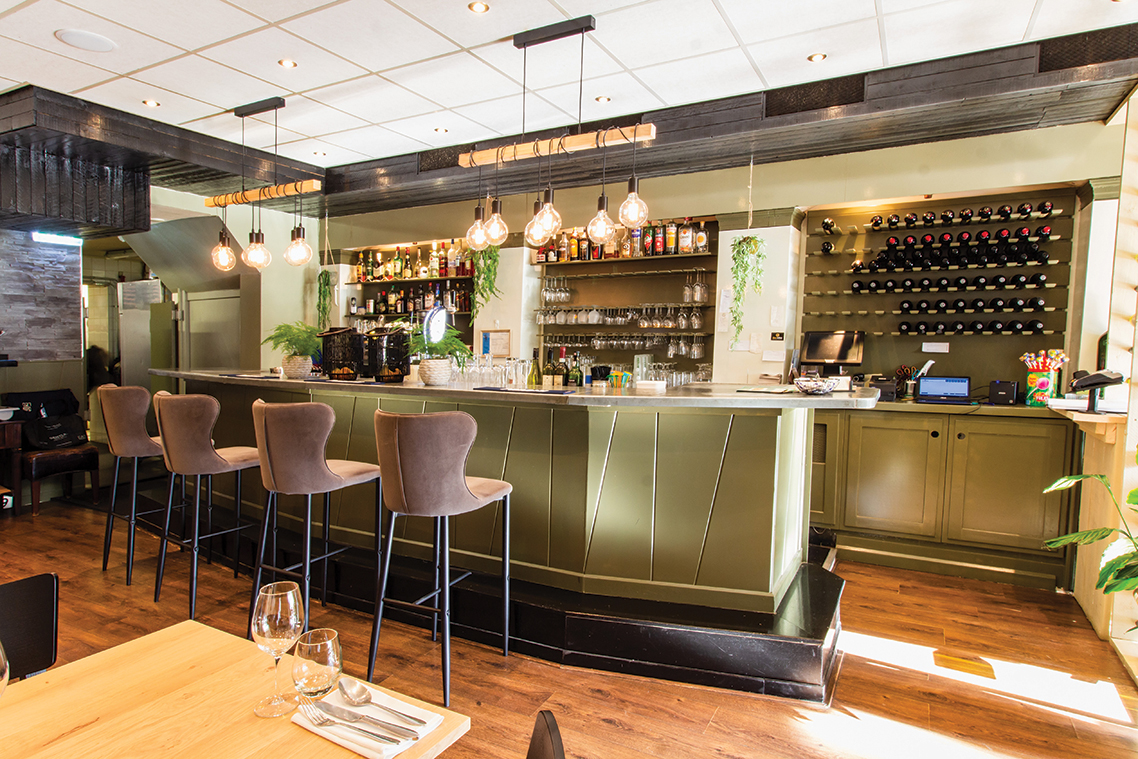 Atmosphere enables each authorized user to manage the system from his or her own mobile device. The controls of the Atmosphere digital audio processor populate automatically when a user’s mobile device scans the DSP’s QR code.

Per parameters programmed initially into the system by the AV integrator, this QR code grants access to certain features; for example, allowing a manager to modify the schedule of outgoing messages, while staff is permitted to only adjust the volume level.

Built into each Atmosphere DSP (two models are available) are multi-patented algorithms, which enable it to continually learn and adapt to changes in the environment. Through data collected and transmitted by an Atmosphere ambient noise sensor, the DSP comes to recognize patterns.

Atmosphere uses artificial intelligence to analyze and respond to the predictable behaviors of its users, such as consistent commands issued from an Atmosphere volume controller as well as data sent from an Atmosphere ambient noise sensor to the DSP.

Messages uploaded to the Atmosphere DSP as WAV files can be dispatched according to a pre-programmed schedule based on priority or when triggered by an Atmosphere input device, such as a volume/source/zone selector, allowing integrators to customize the system for the users’ needs.

Adding another layer of customization is a built-in Tilter Filter, helps balance lows and highs for the specific room or zone.

As many as 16 accessories can be daisy-chained to the AZM4 DSP and 20 to the AZM8. The entire Atmosphere lineup has been engineered to integrate with AtlasIED loudspeakers.

Integrators can use the preloaded EQ files in an Atmosphere DSP to tune the speakers for the specific application and environment.

AtlasIED will continue to add products to the Atmosphere lineup in phased releases.