Biamp Systems recently announced the next generation of the Devio collaboration platform, introducing new products “enhanced with unique features and patented capabilities that further improve audio quality, while also simplifying installation and programming for integrators,” according to the company press release.

The new Devio models, which the audio manufacturer is showcasing at ISE 2018 in Amsterdam this week, include the SCR-20, which builds on the Devio CR-1 with full integration of HDMI audio, support for 4K30 video and HDCP 1.4 for about $2,300 MSRP, and the SCR-25, which has support for Bluetooth wireless technology and a wired VoIP/POTS headset interface for $2,500 MSRP. 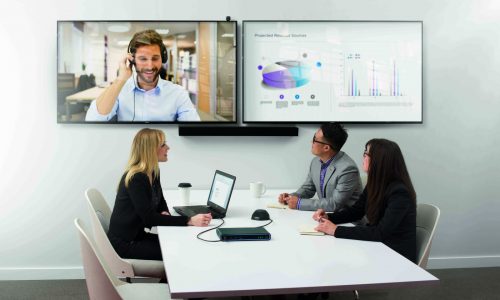 Both models are making their worldwide debuts at ISE 2018 [Hall 3, Stand B-120] and are expected to be available in the second quarter of 2018.

“We’re seeing a need to have conference rooms of all sizes to be refreshed,” says Biamp product marketing manager John Urban.

Devio offers beam-tracking microphones, which maintain signal integrity and audio quality even as meeting participants move around the room. 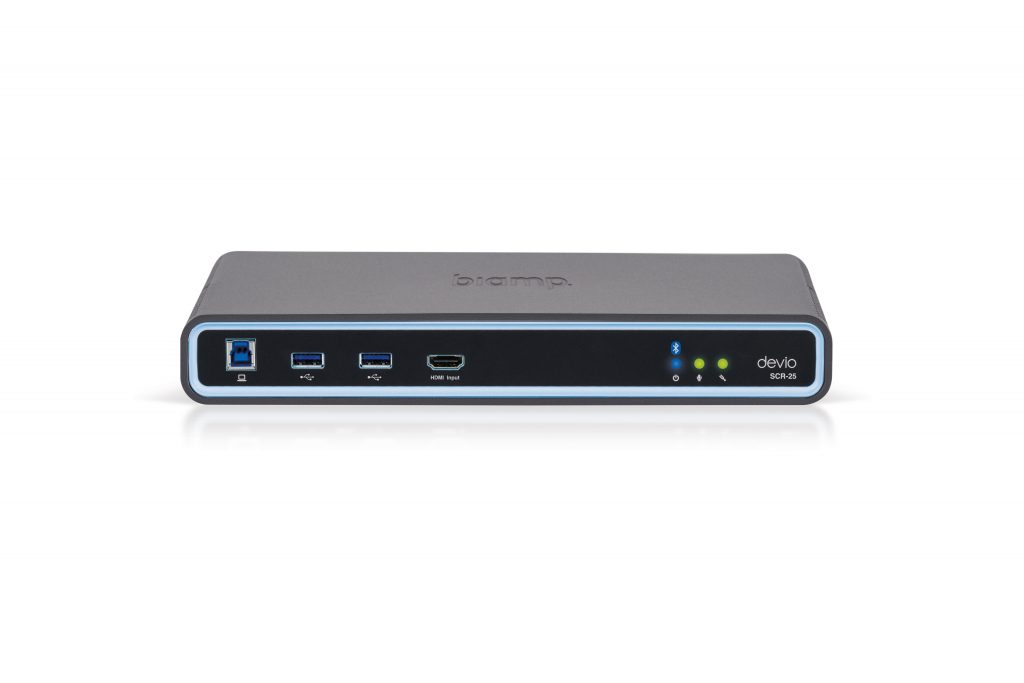 More on Next Generation Devio:

“The rapid adoption of open-plan offices — in combination with an increasingly dispersed workforce — is driving the need for more informal spaces that are equipped for effective conferencing and collaboration,” said Rob Houston, unified communications product manager at Biamp Systems.

“We’re seeing a need to have conference rooms of all sizes to be refreshed,” says Biamp product marketing manager John Urban.

“We’ve developed our Devio collaboration platform to address this need, whether it is a small room equipped with a dedicated computer or designed for people to use their laptops when presenting content and joining web conferencing sessions. Companies can tailor the room experience to fit their culture and get audio quality that keeps remote participants engaged and productive,” said Houston.

Devio is a USB audio interface that provides users of web-based conferencing systems designed for huddle rooms and other small meeting spaces. It supports a variety of room designs for computer-based conferencing including a BYOD approach or connection via a dedicated in-room PC.

The Devio base unit can be mounted under the table or surface or behind the display. Multiple speaker options are supported, including a ceiling speaker powered by the integrated amplifier, powered speakers connected via RCA line-out, or even the integrated display speakers. The Devio microphone requires little or no table space while being centrally positioned in the room.

Biamp is also releasing a free download for its Devio customers of the second version of its management utility. The new version features nine languages, enhanced from the original version, which came only in English.

“We’re excited about having a consistent experience for our customers,” says Urban.