Comeback Season: Sports After 9/11 is a new special exhibition at the National September 11 Memorial & Museum that chronicles the sporting world’s response after the 2001 terrorist attacks.

Sports have always been seen as an escape from reality, despite the all-too-frequent emphasis on player contracts and the millions of dollars they earn for playing games. The healing power of sports was especially important 17 years ago when terrorist attacks shook the U.S. on Sept. 11, 2001.

And now the museum dedicated to preserving the history of that world-altering event is highlighting the role sports played in helping Americans get “back to normal” in the wake of the 9/11 tragedy.

Comeback Season: Sports After 9/11 opened in the summer and will be available through spring 2019. 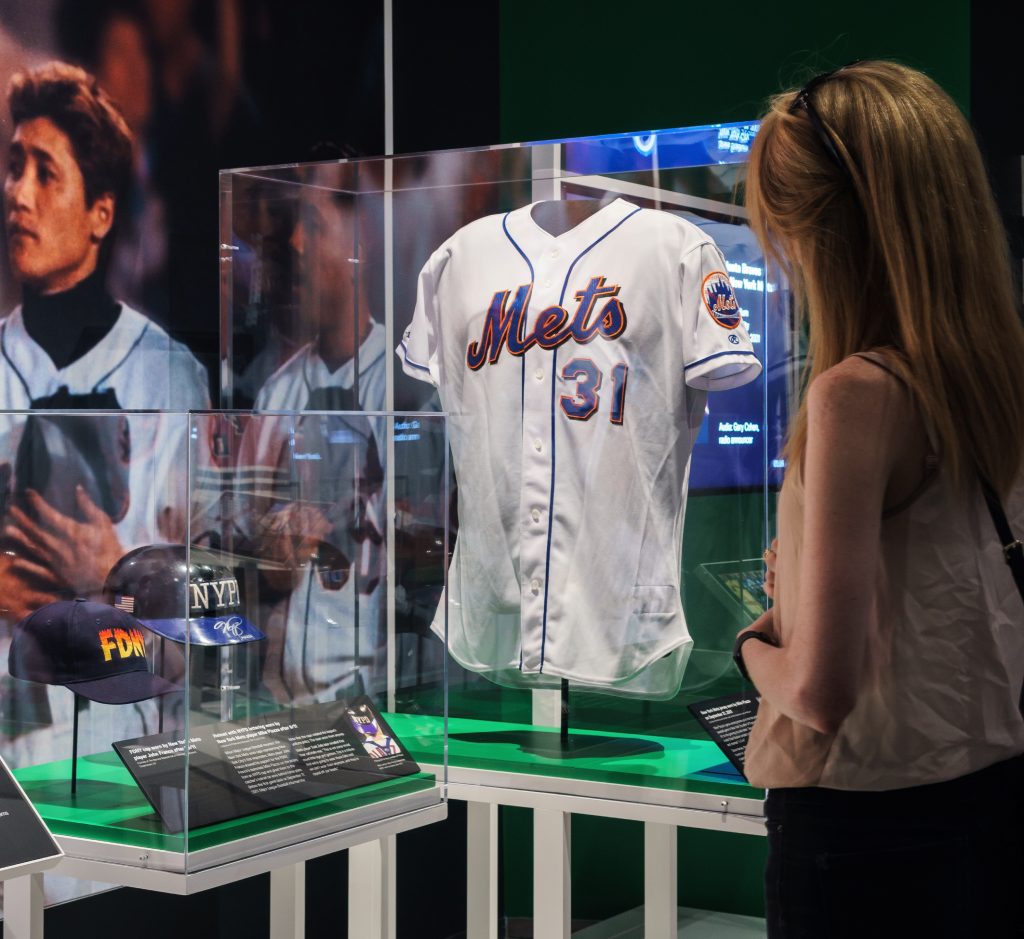 Inside the Comeback Season: Sports After 9/11 Exhibit

The exhibit “highlights the vital role professional sports played in national mourning as fans rallied around a unifying message of hope and perseverance in the weeks and months following the 2001 attacks,” according to the press release.

“The exhibition displays large-scale crowd images and custom documentaries depicting fans’ emotions as the careful resumption of sporting events played an important role in the country’s healing process,” according to the announcement.

C&G Partners spearheaded the exhibition design and AV integration of Comeback Season. The company was tasked with exhibition layout, graphic design, sound and media production for the exhibition, which uses various AV treatments “to communicate a narrative designed to echo actual sports experiences to exhibition visitors.”

Comeback Season is divided chronologically into nine sections, with additional stations dedicated to stories of victims and their families.  Each of the nine sections includes dramatically large images, objects from the museum’s collection or on loan for the exhibition, poignant quotes and media. 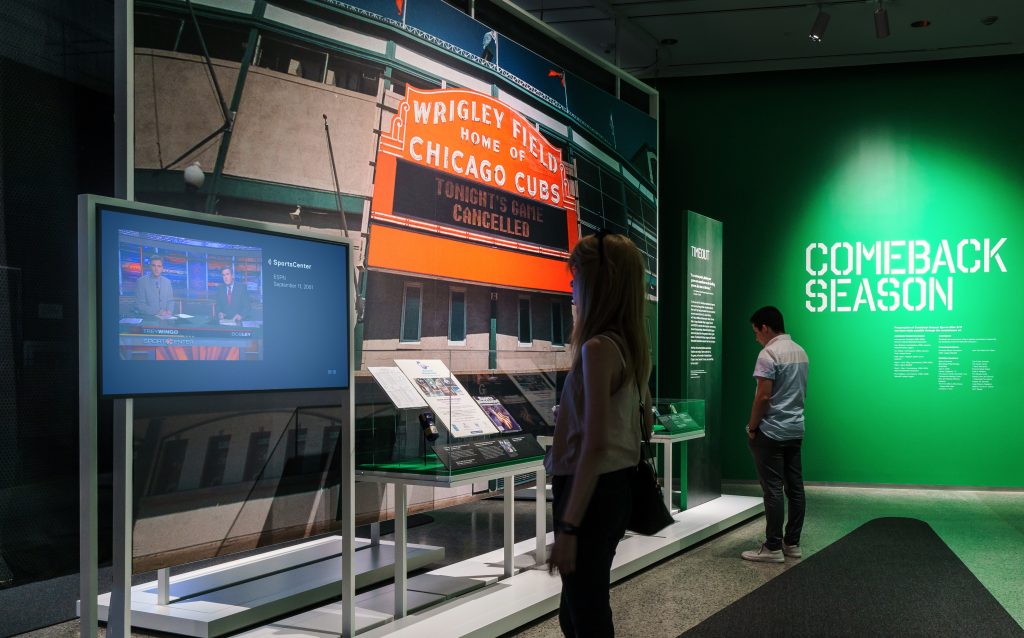 Digital media is a central element of Comeback Season, and BrightSign’s XT1143 players are used to power video distribution throughout the exhibition. The media players distribute nine custom-made, short documentaries to large monitors located in various stations within the exhibition.

These documentaries artfully combine oral histories with powerful media excerpts and custom audio scores “to depict the emotions of sports fans during these turbulent times.”

“BrightSign’s players allow for a flawlessly smooth and crisp viewing experience, enabling exhibition visitors to relive and experience the return of games that helped heal the country,” said Jonathan Alger, managing partner who oversaw the project for C&G Partners, in the announcement.

BrightSign-enabled projection mapping intensifies the Halftime digital installation, one of the exhibition’s key elements. The large-scale projection map of fan-made ephemera shows the evolution of fan sentiment in the days, weeks and months following 9/11.

Pairing BrightSign’s media players with projectors “adds a powerful vitality to the tapestry of homemade fan posters projected onto three-dimensional panels,” according to the announcement.

BrightSign’s media players are used throughout the museum in many of its permanent exhibitions.

Meanwhile, for the 17th anniversary of the 2001 terrorist attacks on America, EarthCam shared its eight-year time-lapse movie of the construction of 3 World Trade Center.

From May 2010 to September 2018, EarthCam’s ultra-high resolution webcams documented each stage of the construction process, moving vertically with the building and archiving nearly 2 million megapixel images.

The 80-story tower stands 1,079 feet tall, making it the second-tallest building in the WTC complex and the fifth-tallest building in New York City. The new movie is part of an ongoing effort to document the progress made in rebuilding this significant site.

Viewers will see the new tower rise in lower Manhattan and witness the yearly Tribute in Light, a glowing memorial to the World Trade Center that is illuminated from dusk on Sept. 11 until dawn on Sept. 12.