And while NSCA’s Ignite program and the Audiovisual and Integrated Experience Association’s (AVIXA) ICIF grant program are aimed at helping companies add young talent to their staffs, that doesn’t mean AV recruiting issues are only tied to a lack of interest or awareness at the K-12 or higher ed levels. 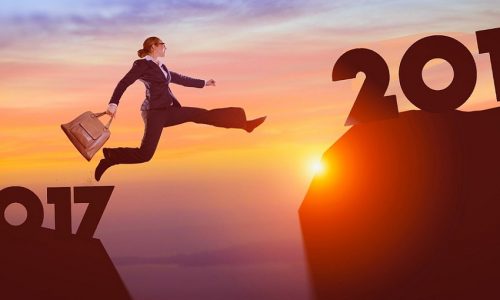 Related: This Graph Suggests AV System Designers May Need to Think Outside of The Firm

NSCA launched Ignite two years ago at its Business & Leadership Conference, with one of the members of the committee behind the initiative bluntly saying those in the AV industry “suck at marketing ourselves.”

Two years later, the NSCA Ignite program features more than 90 ambassadors who are evangelizing the AV industry to young students who may know all the cool things AV can do but have never actually heard of the term itself.

NSCA’s board of directors recently approved the launch of an initiative that will serve as the next major step in the growth of its Ignite program that’s aimed at increasing the interest level and involvement in the AV integration business among young people.

“We’re trying to show we’ve taken Ignite and turned it into something real,” says NSCA executive director Chuck Wilson. “This puts a real deliverable into the hands of our members.What we’re doing is taking action, really.”

NSCA Isn’t Only Org. with This AV Recruiting Problem

NSCA isn’t the only industry association struggling to find talent to take the AV industry into the next generation and beyond. PSNI executive director Chris Miller says that group’s members “are still trying to hire and find people,” with about a dozen members of the global alliance using recruiters.

“When you go to a recruiter, a couple of things are usually evident,” says Miller.

AVIXA has also struggled to gain the traction it had envisioned for its grant programs, wherein member companies pay $2,000 and the schools where the grant recipients attend pays $2,000 toward giving the student a stint at an actual AV integration company or manufacturer.

That sometimes leads to companies having to turn down jobs.

“AV recruiting and retaining talent has always been the number one focus for building a business,” says AVIXA CEO and executive director David Labuskes.

“When I was building a consulting practice prior to AVIXA, everything about that was hiring the smartest people I could hire in the industry and giving them the best projects in the world to work on, thereby keeping them engaged and keeping them excited and continually investing in their skill sets and their careers to ensure they stayed the smartest and most creative people in the industry.

“I don’t think you can be successful in an industry at the top edge of creating experiences like AV without attracting and retaining high-quality talent,” adds Labuskes.

“Talent attracts talent as well. As a business owner, you have to look at the capabilities of your leadership team and ensure they are relevant to the workforce that exists today.”

“If your leaders are using leadership practices and assumptions they formulated 20 years ago to manage people today, they’re going to be misaligned and they’re not going to be successful.”

NSCA officials will seek feedback from its 90 or so Ignite ambassadors on its plans for internship and mentoring program leading up to Business and Leadership Conference, says Wilson.

From there, they’ll develop the details of the offering and be ready to announce it at its largest annual event, he says.

“It’s pretty clear the NSCA Ignite program has gotten people’s attention. It was the thing everyone on our board wanted to talk about when we met with them,” says Wilson.

NSCA has overhauled its online career center to make it more welcoming to people it wants to attract and recruit to the AV industry.

“Talent attracts talent as well. As a business owner, you have to look at the capabilities of your leadership team and ensure they are relevant to the workforce that exists today,” — David Labsukes

The effort to advertise industry jobs among members more effectively will continue as NSCA Ignite program leaders, including AVI’s Kelly Perkins, lead an effort to streamline and clean up the NSCA job board and make it something more employers, educators and young people will use.

“It’s great that we’re doing a better job helping young people hear more about this industry, but they need somewhere to go if we’re going to reach the goals we have for Ignite,” says Laurie Englert of Milestone, who joins Perkins, Verrex’s Michael Shinn and SurgeX’s Lauren Simmen as those who’ve developed most of the Ignite components.

“We did a lot of groundwork when we were putting Ignite together, a lot of interviews with teachers and students and most didn’t know a lot about AV or how to get into the industry. We put together packets to help our ambassadors go to these schools and talk about AV and teach these students about making a career out of it.”

“The meat of the Ignite message is out there,” says Perkins.“We’ve done an awful lot with not a lot. We’ve got the foundation, and now is the time to kick it into gear.”

Englert was stunned when she learned how few NSCA member companies knew anything about the NSCA Ignite program, saying the initiative will only be successful if as many companies as possible get involved.

“They have to own it,” she says. “We’re happy to give them the tools, but they have to get involved.”

“It’s leaps and bounds ahead of where it was when we started and we’ve reached out with a really nice brand voice that students can relate to. We want these kids to know AV is a cool place for them when they’re thinking about a career or just something that might interest them.”

Some have been surprised how little those students have known about the AV industry, but enthused by the fact they’ve heard that some would definitely consider it as a career.

“The toughest part is getting to them in general,” says Englert. “We have to hit them when they’re looking for a job and come to them in a format they want.”

That includes, but is not limited to, things like using colorful graphics on the Ignite online career center on NSCA’s website and in posters and marketing materials for job and career fairs, and putting together a booth at these fairs “they want to visit,” says Englert.

“We have a harder time explaining what the AV industry does and overcoming some of those objections than they do in the security industry,” says Wilson.

“They understand what digital signage is and what audio systems are,but I think AV is a concept that they don’t really know until we talk to them about it and then they realize it’s something they might want to do. We’ve learned that pictures showing them what they can do are a lot better than a whole bunch of text explaining the options to them.”

To this point, Ignite hasn’t developed any sort of formal feedback program that tells them about what ambassadors hear from the schools they visit and whether those visits are turning into students expressing an interest of any degree in launching a career in AV.

Wilson sees the internship and mentoring program as a way of taking Ignite to a level it hasn’t been yet, but one he envisioned when the initiative started.

“Right now, there are lots of job openings, but precious few resumes for those jobs,” he says.

Once it’s finalized and the details are announced at BLC, the internship and mentoring effort will become a pilot program with ambassador companies this summer, says Wilson.

“The meat of the NSCA Ignite program message is out there. We’ve done an awful lot with not a lot. We’ve got the foundation, and now is the time to kick it into gear.” —Kelly Perkins, AVI & NSCA Ignite

Wilson wants students and young aspiring AV pros to better learn and understand how to speak with customers and how to deal with others in the workplace as part of the effort, he says.

“Schools don’t emphasize that as much as we’d like,”he says.

And as Ignite enters what Wilson has called the third phase with the internship and mentoring piece, he sees “a long way to go” on building awareness of the AV industry in general and the Ignite program specifically.

“I see it as more of a challenge than a problem,” he says, noting other adjacent industries are going through similar struggles.“Even manufacturingnowadays, because of all the robotics and programming there, is competing for the same skilled worker we are.

“We have an image problem because a lot of people think of us as construction or part of the trades, where that isn’t that appealing right now to young people. What the NSCA Ignite program set out to do was to create a more appealing view,” says Wilson, calling work in AV “new-collar jobs.”

“It’s designing, it’s site visits, it’s programming and lead technician kind of things, but we’re working with so much new equipment and so many pieces of technology that it’s almost like a field engineering type job as well,” he says.

Perkins is enthusiastic about the work she and her cohorts have done, saying the NSCA Ignite program started as the response to a growing issue across the AV industry and has started to address some of the related problems.

As it gains more support, it can help more people who are struggling to find the next wave of talent by connecting them to potential hires who wouldn’t otherwise know about the AV industry.

“We’ve only just begun,” she says. “We started small and we’re growing all the time.”