Six ‘all-in-one’ 45,000 ISO lumen Christie D4K40-RGB projectors—provided by Nationwide Video—mapped the façade of the nearly 72-meter rocket for a private event ahead of ULA’s launch for the National Reconnaissance Office (NRO)

“It was a pleasure to work with the latest and brightest RGB laser projector on the market for this unique project,” said Philippe Bergeron, president of PaintScaping, which created the content for the event.

“We have a long history of working with Christie and Nationwide Video, and it was a joy to team up with them once again. The imposing structure of the rocket drove the narrative of this once in a life-time video mapping opportunity, with the Christie projection helping to deliver the impact we required,” he said.

“It is always a thrill to share the power of 3D projection mapping, and we enjoyed the challenge of delivering on the client’s vision,” said Bergeron. 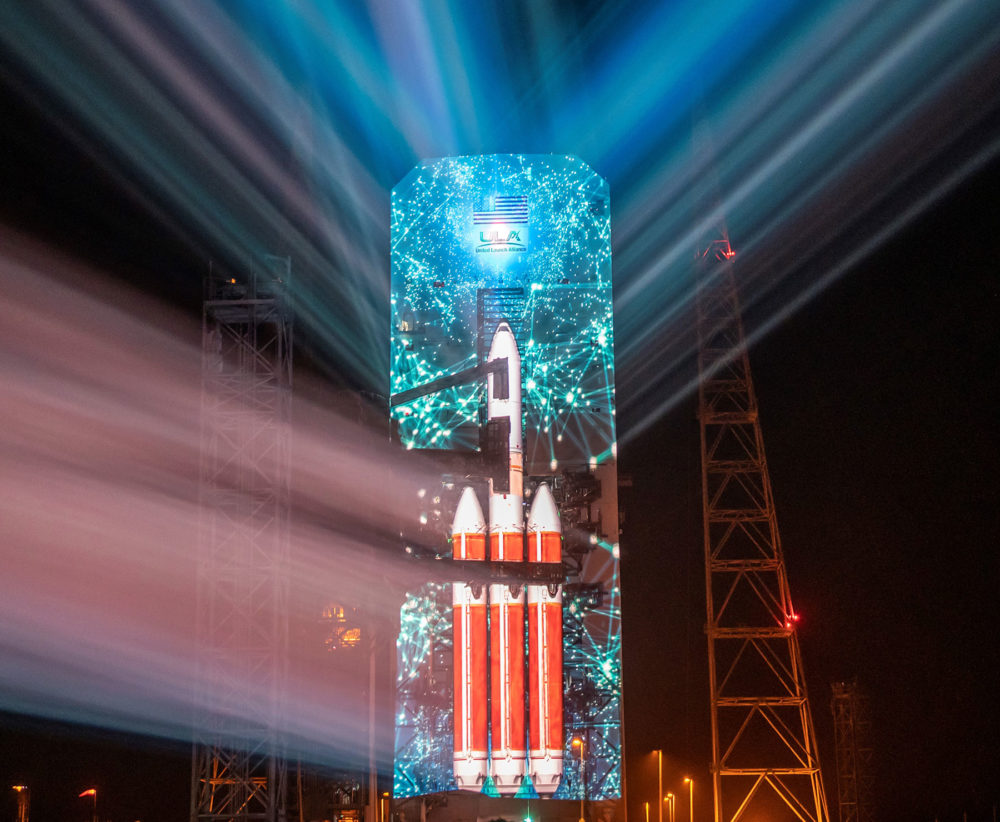 The façade of the Delta IV Heavy – with its combination of even, uneven, curved and flat surfaces – presented a test for PaintScaping’s skills on this large-scale mapping effort.

“When combined with great talent and an exciting opportunity such as this, the pay-off is something special,” said Christie executive VP of enterprise Michael Bosworth.

“The PaintScaping team has once again demonstrated its supreme expertise in the 3D projection mapping arena, and we’re proud to have played a part in achieving its ambitious plans for this stunning project,” he said.

AV integrators and manufacturers are spending a lot of time in space and beyond these days. Could it be they’ve mastered everything here on Earth and they need to take their talents to other parts of the solar system and galaxy?

Who will be the first integrator to reach beyond the Milky Way? Better yet: which one will be brave enough to tackle a project in Antarctica?