It wasn’t long ago that control rooms were packed wall-to-wall with people monitoring dozens, if not hundreds, of screens in a quest to quickly gather and synthesize that information for people in the field—whether in public safety, construction or another line of work.

These days, though, the increased use of AV-over-IP tools means the information in control rooms can be delivered in a whole new way—and the people monitoring that information don’t even have to be in the same room to be able to effectively work together and understand the information.

“The one thing that hasn’t changed is the fundamental role of a control room,” says Datapath chief technology officer John Storey. “Its purpose after all this time is to bring lots of visual information together and to present that to operators so they can make collective decisions. That part of it is a constant.

“What has changed is the way information is brought in and how that information is disseminated and shared. Sharing is all about putting everything on one large canvas—the control room wall—and sharing meant being in the same room as that wall. That was as far as it went,” he says.

“The media has become more routable, and that’s very much in thanks to AV-over-IP,” says Storey. “Then you can bring that information together in front of operators in many different ways. With the advances in display technology, a lot of that can now be shared at an operator’s work stations.

“It can also be shared on the wall and also to people who aren’t in the room at all. That’s been the biggest change: how the information is brought together and shared,” he says.

Sharing large files and previously unthought-of amounts of information instantly is the crux of an effective control room operation—and that only comes if the AV infrastructure in the space is robust enough to handle the exchange in a timely enough manner that it can be used for action or reaction.

“The one thing to keep in mind is it’s not a one-size-fits-all when it comes to AV media,” says Storey. “Different segments on a network will have different bandwidth capacities. Different use cases call for different quality of the media to be honored. You need to have a system where all of those things can coexist.

When it comes to data management, Storey notes AV integrators are playing an increasingly important role, especially with so much information to synthesize and so little time to do it.

“Clearly, there is increasingly a lot going on in these control rooms,” he says. “What we see is the need for an integrated software solution that not only lets you operate in those control rooms but also keeps in mind things like the design and management aspects of the project—something to help define the architecture requirements and take the strain of understanding the networking underneath that and how all that’s going to interact.

“If you come at it in that sort of way, with an integrated software solution, then that software also understands all of that stuff going on under the hood, so it’s very easy for it to hide that from the operator,” says Storey. 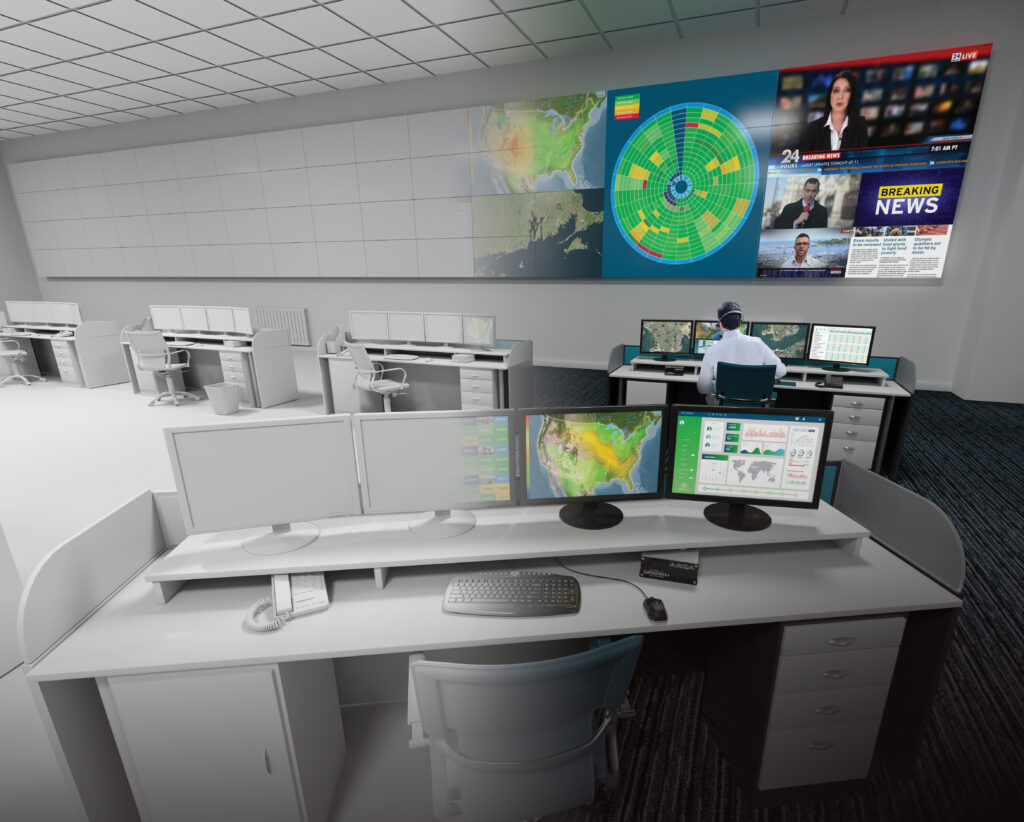 Of course, with so much information out there and cybercriminals keen to exploit any system weakness, security and reliability are critical components in every control room.

“You can’t just spray on reliability and security to a system that’s not properly designed with it in the first place,” says Storey. “That’s where you’ve got to start. You’ve got to start by designing it in that manner from the ground up. It’s about thinking of things as systems.

“You might not be as concerned about power supply and air flow as you are about bandwidth and resolution. You might think more about the way software speaks to each just as much as what it speaks about. It’s all about some sort of holistic view,” he says.

“With the reliance on networking for the integrated AVoIP solutions we’re talking about today, you’ve got to ensure you designed that with all interfaces secured and authenticated and all streams encrypted,” says Storey. “You’ve got to take onboard those enterprise networking principles to understand threat modeling and system level vulnerabilities.

“We want a system where an IT system administrator is seeing this as an IT system with very robust AV capabilities rather than an AV product that someone bolted a bit of networking on,” he says.

With AV-over-IP technology bringing so much flexibility to content sharing, Storey says the control room, is becoming a bit of a misnomer since there’s no need to be in one place to manage the information anymore.

Putting the operator at the heart of the solution

“You don’t necessarily need people to be in the same room to be able to work together,” he says. “The guiding principle of a control room is about sharing with people in the room. Increasingly, with the advancement of AV-over-IP, they’re sharing more remotely.

“That opens up the entire topology of the control room. What was one room becomes many nodes of gathering information and sharing,” says Storey.

“Add to that the technology improvements in displays and someone’s work station today has just as many pixels as has been in the entire control room for many years,” he says. “It all changes the way control rooms look. It’s very much the plural now.”

“All of those things need to come together to get a real integrated solution,” says Storey. “You start with tools that allow integrators to visualize all the inputs and outputs and how you’re going to connect to them. That includes operator workstations in that mix.

“A big part of all of this information coming together is you don’t want to drown in all of it. You’ve provided the ability to have hundreds, if not thousands, of sources and to be able to manage those in a consistent way, a centralized way,” he says.

“You also need a centralized way to deploy those things with centralized templates and layouts, user rights allocations,” says Storey. “All of those are about how you manage that information. The workstation is becoming a personal video wall in its own right.” 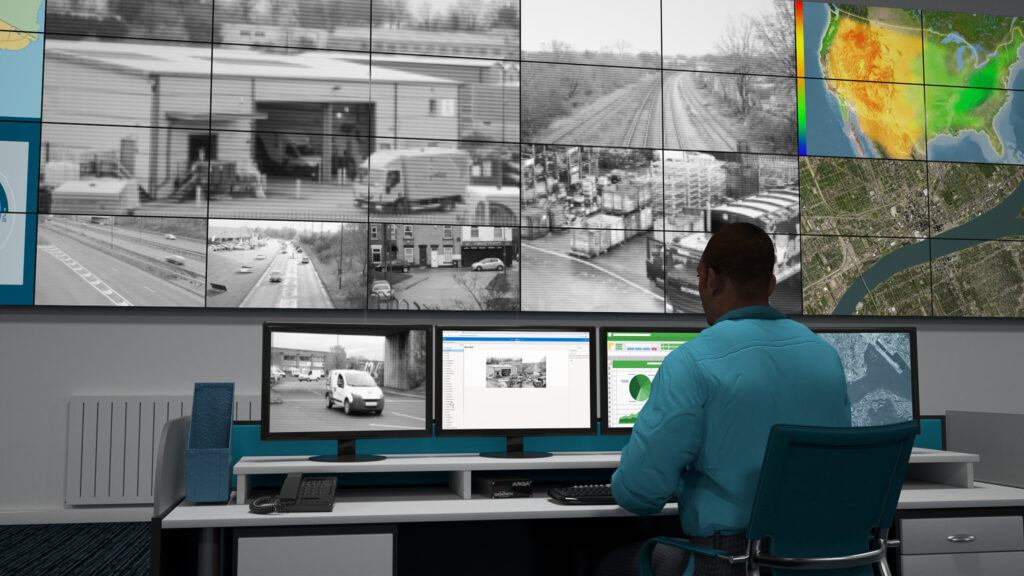