There are certain times when you know before you post something that it will generate conversation, and diversity is certainly one of those topics that trigger strong reactions from all sides of the issue.

I wrote about the launch of the AVIXA Diversity Council shortly after the group’s first meeting during InfoComm 2018 and reported some of the details about the group aimed at educating people of all background about the AV industry and the roles they can play within it.

Plenty of AVIXA members and #AVTweeps shared the write-up on social media and talked about the importance of this initiative, but others have questioned the need for it.

Diversity in the AV industry: based on facts or just ‘labels’?

“Why do we labels for people? The very stigma of the word ‘diversity’ communicates some sort of digression from the norm.”

Another commenter referred to the AVIXA Diversity Council and its work as “a very commendable group and mission,” but one person wondered about “bringing race politics into AV,” adding, “I’ve been in this industry for 20 years and the barriers to entry are quite small. If any people of ‘diversity’ wanted to get in, they would already be in.”

One commenter called the creation of the AVIXA Diversity Council “identity politics,” saying chairwoman Charmaine Torruella and AVIXA senior VP of member services Amanda Eberle Boyer “dance around keywords like the ‘effort,’ the ‘conversation,’ the beacon,’ ‘momentum’ and doing some ‘interesting things.’

No barriers to entry?

“‘Working overtime, working above board, going well beyond’ and ‘pounding the pavement and working internally to solidify your place’ are things ALL people do when they want to make it in an industry and within the private sector marketplace. It used to be called work ethic and perseverance…If you are hard-working, honest, dependable, coachable, likable, smart etc., you will always have opportunities within this industry and any other, regardless of race, religion and gender.”

It’s about opening the doors, not labeling them

“Diversity is not a label, but a KEY to opening the door to variety within the industry. With variety comes options and options spark a higher level of satisfaction. Ask yourselves, would an AV integrator be valuable to a client if they only integrated one type of room system, standardized on one type of product, or had one type of design? Diversity goes beyond race, gender, and faith. It also touches mental and physical disabilities, culture, age, military service people, etc. Diversity in the AV industry will promote growth and place AV more in the forefront of the technology sector.” 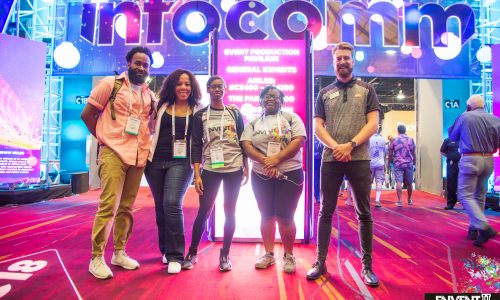 It’s not surprising this issue has generated so many strong opinions, but the upshot is people are talking about diversity in AV openly, and that’s a great first step in my mind.

Torruella promises the AVIXA Diversity Council will become more well-known between now and InfoComm 2019 in Orlando and Eberle Boyer expects the council to meet monthly between now and then.

The AVIXA Diversity Council and efforts related to adding more young people to the AV industry, including AVIXA’s grant program and NSCA’s Ignite initiative are solving a problem CEOs in this industry have been kvetching for a while: a lack of talent in the industry to take the reins as those proverbial “old white men” move closer to retirement.

I completely understand why people are uncomfortable with change; trust me, I’m the poster boy when it comes to that. But I can’t for the life of me figure out why those in AV wouldn’t want everyone to know more about their industry and why it’s something they might want to consider as a career.