Most people who know me are well aware that I generally avoid any kind of professional sports. While I enjoy playing some games in purely recreational settings, I typically find watching professional sports is quite boring. So it was all the more fascinating to me how much of an enthralling time I had at my first ever professional hockey game recently… and at least a small part of that is due to the Colorado Avalanche projection mapping sequences.

Wait… I was at a sports game?

If you listen to our podcast, AV+, you know that I am not one for “The Sports.” But last week, I went on vacation to Colorado, and my host graciously invited me to an Avalanche game. 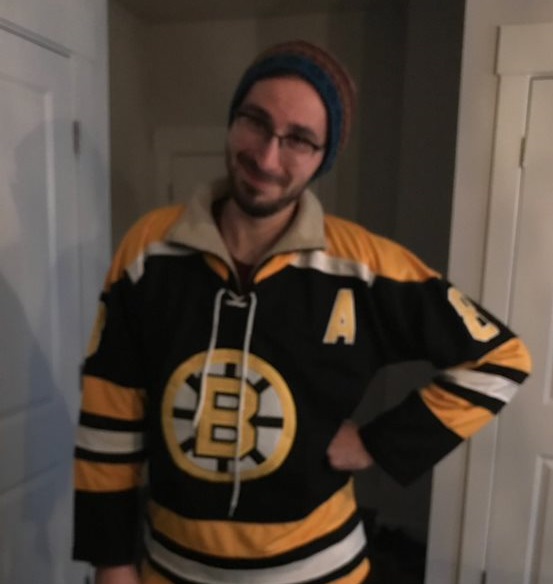 I was skeptical yet grateful for the opportunity, because, after all, I’ll try anything once… But to my surprise, I found myself enjoying the event much more than I thought I would.

I’d even enjoy the chance to go to another hockey game (still no interest in football, though).

Admittedly, it was nerve-wracking stepping into the Avalanche’s stadium wearing a Bruins jersey which was borrowed to me by my host (who is from New England and thought it would be funny to see me dudded in sports merchandise of any kind).

I know very well from New England sports culture that fans can act pretty ridiculous when they see someone furbished in an opposing team’s garb. But I found I wasn’t the only one wearing black-and-yellow… and those who did note my ill-situated shirt only lightly teased me for it.

What I Learned from This Unexpected Experience

Part of this newfound interest in live hockey surely has to do with the setting. It is much, MUCH more fun to watch it in-person than it is to see it on TV, in my uninformed opinion.

I guess this statement doesn’t reflect the fact that arenas worldwide are struggling to coax fans away from their comfortable couches and onto the home team’s turf.

Of course, it is understandable why many would stay at home: it seems as though ticket prices have only increased over the years, and, if I’m being honest, I probably would not have gone to this game if I had to pay for the ticket (though I am open to buying my own way into a future game!).

Ok, so the setting has a lot to do with my enjoyment of live sports, but what makes that setting so unique and compelling?

The dramatic sounds of a stadium are, admittedly, a large factor. Crisp, immersive audio plays arguably the most important role in exciting the crowd.

But I have to hand it to the Pepsi Center: their Avalanche projection mapping almost steals the show.

They use 18 Christie Boxer projectors — installed by Canadian (fitting, eh?) integrator Westbury National — to display pulsing rings around the faceoff circles, replay some of the team’s most victorious moments, and provide other stunning video content, right there on the arena’s most prominent canvas: the ice.

While I didn’t think to record video of the projections, I did a great example of it from earlier this year. Enjoy!