Super Bowl LII had just about everything I could have possibly wanted—other than, of course, a New England Patriots win. I’m a huge Justin Timberlake fan (although I don’t really like the songs I’ve heard so far from his new album) and knew he’d somehow involve Prince in his halftime show in Minnesota.

As someone who’s become more acutely aware of cool new ways technology can be used in more traditional locations in my seven years with CI, the final score wasn’t the only thing that turned out to be a major disappointment inside U.S. Bank Stadium on Super Bowl Sunday.

Little did I know heading into the Big Game that the Patriots would struggle to stop the eventual Super Bowl champion Philadelphia Eagles, Timberlake’s 15-minute set would be plagued by muddy audio and he’d lip-sync more than he actually sang and Prince’s appearance would be little more than a cameo, with the Purple One projected behind Timberlake as they sang “I Would Die 4 U” together.

Early last week, I read rumors about Timberlake incorporating a Prince hologram into his show and couldn’t wait to see how that would work, although I wonder if what we might have actually seen [if it had happened] was a Pepper’s Ghost.

A few days before the Super Bowl, though, I heard about Prince’s objection to the idea of using technology to create a mega-star musical pairing. In a 1998 interview with Guitar World magazine, Prince called the concept “demonic.” Friends and family members apparently talked Timberlake out of doing that kind of tribute to Prince because of his long-standing hatred for it, which was too bad from my perspective. 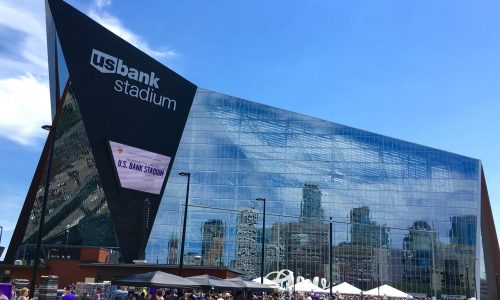 I always loved Prince’s music and his attitude because he was known for being ahead of his contemporaries in terms of his willingness to try new things musically, so it was surprising to me to hear about his objection to incorporating technology into his shows and his music.

But Timberlake probably did the right thing in acquiescing to Prince’s wishes, especially in his home state, on the big stage.

Maybe the fact Timberlake even flirted with the idea of going against Prince’s wishes with the “hologram” was enough for the musical gods to mess with his microphone and audio during his halftime performance, though.

Fans flocked to Twitter to vent that Timberlake’s vocals were muted, buried under the backup vocal and instrumental audio, sometimes seeming to drop out altogether.

Maybe the fact Timberlake even flirted with the idea of going against Prince’s wishes with the “hologram” was enough for the musical gods to mess with his microphone and audio.

The muddy audio still managed to wreck the experience for some viewers. East Coast viewers seemed more likely to notice the issues than those on the West Coast, although the only thing I noticed was Timberlake seemed to be lip-syncing more than I remember from his Fenway Park show with Jay Z a few years ago—and that we didn’t see Janet Jackson, other *NSYNC members or Britney Spears join him on stage as a special guest.

When I saw Jimmy Fallon introduce Timberlake’s show, a friend and I talked about whether we’d see Barry Gibb come out and sing a Bee Gees classic, a nod to the Saturday Night Live “Barry Gibb Talk Show” skit, but it was not meant to be.

Maybe when Super Bowl LIII kicks off next February in Atlanta, it’s time to go back to the days of Up With People so fans won’t be subjected to a muffled or subpar audio experience. Or maybe the performers can just let it be known they’re going to lip-sync and everyone can be fine with that. After all, the fans inside U.S. Bank Stadium were probably more excited to have another exciting game than worried about who was interrupting that contest for 15 minutes with a too-fast-paced hits medley.