Perry Chapman, currently a system designer in the Detroit area, knows it’s not always easy finding AV jobs. So he’s acutely aware of the many freelance AV technicians seeking work at any given time. That’s why he founded the AV Job Finder Facebook group a couple of months ago.

The group is open for anyone to join and post to — whether you’re one of those freelance AV technicians or any integration industry job seeker, or even if you’re an integration firm or manufacturer seeking to hire.

At 25 years old, Chapman finds that the AV industry is not easy for young people to access.

“A lot of the people I work with have been in this industry since they were doing TVs on carts. Social communication between employees sometimes goes by the wayside, and it becomes hard for companies to find young talent.”

“Much of the reason I formed the group is that I was let go from a company and trying to find a job after that was difficult. I had just had a kid, so I was a little desperate. I was getting hits on my resume here and there, but mostly in areas I wasn’t interested in.

One of the things that irked Chapman when he was searching for AV jobs is the vagueness of platforms like LinkedIn and other international job boards. He called them “overbearingly professional.” 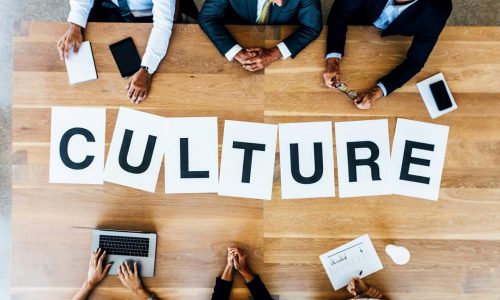 Related: Why Great AV Employees Quit Their Jobs (And How to Prevent Them From Leaving)

“LinkedIn is a great platform, but over 1 billion people have a Facebook account and I think there’s so much opportunity for people to reach out and get connected.”

In addition to his prior AV experience, Chapman also served as a US Navy sailor in the nuclear industry, and he says he’s a member of a different Facebook group that operates in a person-to-person way that he says the AV industry should take a beat from.

“That group has about 4,000 members and I’ve seen plenty of people who either served in the same division or they knew someone who worked at another company. I’ve seen a lot of people receive advice on that group and then go on to find a job because of it.

“When you’re searching for a job, you want to be able to talk to someone who works there. But when you’re on LinkedIn, there’s this feeling that you have to be hyper-professional, which I don’t think opens up as many direct conversations.”

Be a part of those conversations by joining the AV Job Finder group here.

The AV Job Finder Facebook group is one of a few ways to find work in the professional integration industry, and any serious freelance AV technicians, system designer/engineer, or integration firm who is seeking or hiring should have more than one channel to turn to.

That said: have you seen the bottom of our page lately? Clicking on the “Job” selection brings you here, to integratorjobs.com. A benefit to using this site is that it includes the CE/Residential and Security tech markets, as well.

Here are a few other channels to go through if you’re having trouble hiring for or seeking AV jobs: