Terry Friesenborg is coming to InfoComm 2019 one more time, and it’s mostly to say goodbye to many of the friends he’s made during his 40-plus years in pro AV, starting when he majored in film in college and later became a commercial photographer who was also involved with live theater production.

“My love came together and coalesced around AV,” says Friesenborg, who will retire at the end of the year as AVIXA chief global officer. “It’s something I’ve been involved with for my whole life.” His father had one of the first slide cameras and slide projectors and had the ability to make a record. 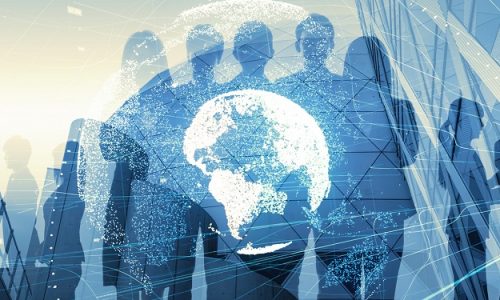 Related: Beyond ISE 2019: Lessons from the Global Technology Market

“He would stick me in a rear-projection cabinet and every time I heard the ding on the record player, I was the slide changer,” he says with a smile. “I guess I was sort of born into it and have really enjoyed it ever since.”

Friesenborg worked for Twyman Films 40 years ago and, through that position, went through training with the association that was then known as the National Audiovisual Association [NAVA]. He a former president of the association.

“I tried to take the things I’ve learned and share them back to move the industry forward,” says Friesenborg.

Former Electrosonic managing director Sarah Joyce will permanently replace Friesenborg as AVIXA chief global officer at the end of 2019. Until then, they’ll work together to chart the worldwide direction for the association.

“I have an obligation to get her up to speed but I’m guessing that won’t take six months,” says Friesenborg. “I’ve still got another six trade shows so I’ll get the chance to see all my friends. We’ll stay connected, but you know you won’t see them three or four times a year.”

Friesenborg doesn’t have any immediate plans for retirement, but he knows what he won’t be doing.

“I’m not going to travel,” he says. “I’m going to sleep the month of January, then wake up and reinvent myself.”

Friesenborg decided he’d step away at the end of AVIXA’s three-year strategic plan, which includes an emphasis on global growth.

He’s responsible for 11 trade shows outside the U.S. and Canada too.

That’s a huge jump from when the association launched a show in Singapore in 1995. His responsibilities also include working on Integrated Systems Europe, InfoComm China, InfoComm Latin America and more. Friesenborg decided he’d step away at the end of AVIXA’s three-year strategic plan, which includes an emphasis on global growth.

“A lot of things went into the decision,” says Friesenborg. “It was important to me that I completed [AVIXA’s] three-year strategic plan initiative and I talked to [AVIXA CEO and executive director] Dave [Labuskes] about it being the right time after that was completed. I’m very comfortable with the decision.”

Friesnborg says he spends about 200 days a year outside the U.S. and has racked up more than 2 million miles in the air on United Airlines alone, and more than 4.5 million miles on travel booked through Kayak.

“That can be physically tiring,” says Friesenborg. “No one really gets used to that. All hotel rooms look a lot alike and you do wake up at some point asking what country you’re in.”

That doesn’t mean he hasn’t enjoyed the job though.

“We work a lot and we work very hard, but having the opportunity to be in more than 60 countries and share the culture with the people there has been an extraordinary experience,” says Friesenborg. He lists Amsterdam, Bangkok and Buenos Aires as among his favorite cities to visit.

“The experience isn’t in the sights and sounds,” says Friesenborg. “It’s in how it all makes you feel.”

When it comes to trade shows and events, no two are exactly the same, he says.

“All cultures are different,” says Friesenborg. “Each culture has different expectations in these events. We’ve been very careful not to try to recreate InfoComm U.S. in India. That’s a great way to fail. You have to get local people, share brand story of what we do as AVIXA and morph that into something that works where they are.

“When you walk into a trade show or training class, you’d definitely see differences—and not just cosmetic ones. People need to be able to come in and say, ‘this is my show.’ You fail a lot and you learn from those failures. We’re not trying to export an American product; we’re trying to create a global community,” he says.

“When it gets down to it, try to hire the best people in those locations and have them tell you about it,” he says. “You’re not a tourist. You’re a traveler. If you try to leave your ego parked at the boarding gate, people will be honest with you. That’s what I’ve been trying to accomplish for the last 20 years.” 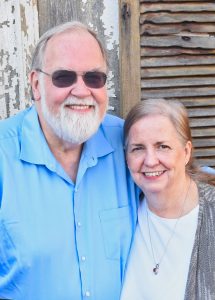 Retiring AVIXA chief global officer Terry Friesenborg is excited to spend more time with his wife of 40-plus years, Dee.

Under Friesenborg’s watch, ISE- which is owned by AVIXA and CEDIA – has grown to be largest pro AV show in the world, attracting more than 80,000 attendees in 2018 and 2019 and forcing the show to permanently relocate to Barcelona in 2021. It wasn’t always such a smashing success though.

“I recall the first show very vividly,” says Friesenborg. “We had something like 3,200 people in Geneva. We realized we certainly weren’t delivering on the promise in terms of quantity. In Geneva, our biggest concern was having a second show, not running out of space. The size to which we have grown is something we hadn’t anticipated.” ISE 2019 attracted attendees from 180 countries.

“We grew up in Amsterdam with the show, but we simply ran out of room,” he says. “We’ve built as many pavilions outside the actual structure of the RAI as we could and there’s a waiting list to be in the show.

“One of the things about our success is Amsterdam is on brand for us. It spoke to people who are creative, who are looking for opportunities to have experiences and be part of the AV community. When we looked around, we felt Barcelona met that same need. It may be the first show I go to after retirement,” says Friesenborg.

The recent InfoComm Asia show in Bangkok attracted 7,000 attendees, including 1,600 who took at least one class. That success “was a combination of a whole lot of work,” including touring several countries to promote it, says Friesenborg.

Related: ISE Relocating to Barcelona in 2021

“When you see the aisles are busy and people are having great conversations, that’s very rewarding,” he says. That’s possibly in many more markets globally, says Friesenborg.

“There are many markets with great potential to grow,” he says. “It’s interesting to see how AV is positioned in different countries around the world. In the Middle East, there’s no long-term relationship with AV; it’s often seen as a peripheral to IT.

“In many nascent markets, it can often be an issue of funding. The biggest fallacy you can have is a country doesn’t seem to be on the same development scale as the U.S. The industry is everywhere and is involved in so many aspects of our lives. There are huge opportunities. I couldn’t imagine a more exciting industry to be involved with,” says Friesenborg.

Despite his undying love for the industry and the people within it, don’t expect Friesenborg to be a regular at ISE or any other pro AV show once he retires.

“It’s not my plan to keep showing up at all the shows,” says Friesenborg. “I’m looking forward to retirement, getting back to things I’ve put on hold for 40 years or so.”

“I’m looking forward to retirement, getting back to things I’ve put on hold for 40 years or so,” says Friesenborg.

He’s been married to his wife, Dee, for more than 40 years, including 17 years working together in the AV industry. Friesenborg and his wife, who live in Dayton, Ohio, will spend more time visiting their children and grandchildren: Aaron and wife Jen in Cincinnati, who have three children [Heather, Samantha and Anna]; Molly and Nick in Washington, D.C.; and Cody and Gordon in San Francisco, who have a young daughter, Maggie.

“They’ve been very supportive and understanding of the demands my job has put on me,” says Friesenborg. “We’ll travel, but not for a while. I want to reattach myself to my community and my country. I’ve been away for a while.”

That includes a drum set he’s been forced to walk by or ignore for years. He’s also turning his basement into a recording studio and plans to go off-roading and possibly reignite his love for the trombone, which he played in college in the hopes of a career in jazz.

“I’m excited about the things I get to go do now,” says Friesenborg.