Herman Integration Services is adding even more “FLEXAbility” to its existing service offerings, combining the ability to buy blocks of 100 to 500 service hours per year with an online portal that lets clients track and update their service tickets in real time without requiring multiple purchase orders and invoices. 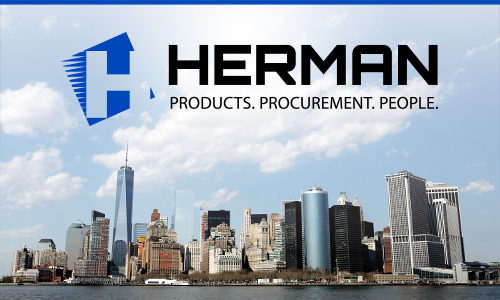 Even though the first version of FLEXAbility hasn’t officially been released yet, Bianchet and other Herman staffers have already collected enough data from the beta testers to develop version 2.0 of the software, which he expects to be released either later this year or some time in 2020.

“Developing software is always a challenging endeavor, but I think we’ve developed something that’s really going to set us apart and allow our clients to manage their own service offerings more easily.”

FLEXAbility adds online capabilities to Herman’s existing FLEX plans, which have allowed integrators to buy blocks of service hours in increments of 100 hours up to 500 hours. FLEX plan customers can use the hours with any of their customers on any job site in areas covered by Herman across the U.S.

“We’ve had huge success with our FLEX plans, especially with our clients doing business across the country,” says Bianchet. “Instead of them having to fly their technicians to job sites or find multiple service providers in these various areas, they’re able to utilize one company.

“As we’ve been developing our service plans over the past couple of years and gaining more and more clients, we’ve had  more requests  for real-time data. Before, a lot of the communication for service calls was done over the phone. People today like to do more and more over the Internet and through apps,” he says.

Now, FLEXAbility clients can log into their accounts, launch service tickets, follow those service tickets through the process, and add feedback after they’re done with their service calls.

“The beauty of the program is not every service call needs to be treated as an individual little job,” says Bianchet. “Service calls can be done by pre-purchasing the hours on an annual basis. It streamlines it for our customers and it streamlines it for us to be able to provide this service.

Before launching, beta-testers have come up with “a lot of great suggestions” on the initial version of FLEXAbility, says Bianchet,.

“It’s always amazing when you open things up to customers and ask them what we can do to make things even better, you get tons of great ideas,” says Bianchet. “Not all of them are feasible, but a lot of them are very constructive. That’s what we’ve built our company on: the feedback we get from our clients on what would make their lives easier. By making things easier for the systems integrator, we are empowering them to achieve more with their businesses.”

In fact, FLEX plans were the result of a conversation with a client who was buying a lot of service hours from Herman and told Bianchet it would be easier to buy them in blocks rather than individually for every job.

The Herman team thought about it for several months then ultimately launched Flex Plans in 2017.

“So many of our clients were calling every day getting quotes from our sales department, then they would have to cut a purchase order,” says Bianchet. “It was very cumbersome for our clients.”

The Future of FLEXAbility

Bianchet wrote up what he thought was a shell of the FLEX plan and sent it to the client for feedback. That client immediately replied with a purchase order and thus began the era of Herman FLEX plans—once Bianchet told the rest of his staff what he’d done, that is.

“Then we had to figure out the backend,” he says with a laugh. “I didn’t tell accounting, I didn’t tell service. I didn’t tell anybody. I was just testing to see if it was a good idea.” Herman officially launched FLEX plans two or three months later, says Bianchet.

FLEXAbility likely won’t be the last enhancement to Herman’s FLEX plans, he says.

“We’ve had a couple of clients ask if we can start to expand upon the portal already,” says Bianchet. “There’s definitely an opportunity to take this and expand upon it into the project side of our business—programming, engineering. It’s a matter of prioritizing what our clients’ needs are and what will help them the most.”

FLEXAbility is not currently set up to interact with existing service ticketing software within integrators’ own companies, says Bianchet but that capability may be added in later editions.

He sees the portal as a great fit for integrators of all sizes, from those in the top 10 in annual revenue to smaller integrators looking to build their service business.”

“We see it as a huge opportunity for integrators to either bolster their service business or simplify it,” says Bianchet.

So far, most of Herman’s FLEX plan clients have not only used all of their hours before the end of the contract period, they’ve also signed up for additional blocks of hours.

“Once they sign up, they see the value behind it,” says Bianchet, adding it works in all vertical markets. “I don’t see any limitations. It really just depends what your market segment is.”