Mad Systems owner Tricia Ensing and her husband, company founder Maris Ensing, are stuck at home like most other people during the ongoing coronavirus pandemic, but unlike the families that are using their downtime to make dancing videos, they’re trying to do their part to flatten the outbreak’s curve. 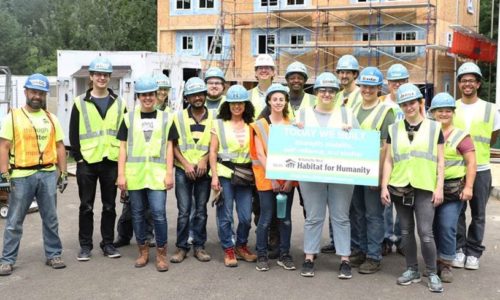 The Ensings are fabricating masks for health care workers and Maris Ensing is hoping to move forward on a ventilator prototype he says can be used for patients who are in “sub-critical” care at a time when critical components are at a premium.

“Every night, we have a production line” to make facemasks for local hospitals and health care providers and for Mad Systems staff,” says Maris Ensing.

Tricia Ensing, is spending her nights at home “doing the hard work” of building masks with metal wires in them. Maris is helping by cutting patterns, he says.

Tricia Ensing has made about 60 masks so far and has enough material for another couple of hundred, her husband says.

Joann Fabric Stores offer curbside delivery of materials. The first batch went to a hospital in Bakersfield, Calif., and Tricia Ensing is confirming a destination for the second batch.

“It’s a drop in the ocean, but if everyone adds a drop into the ocean, it’s amazing what kind of a flow you can generate,” he said. “Keeping our health care workers healthy is extremely important.” 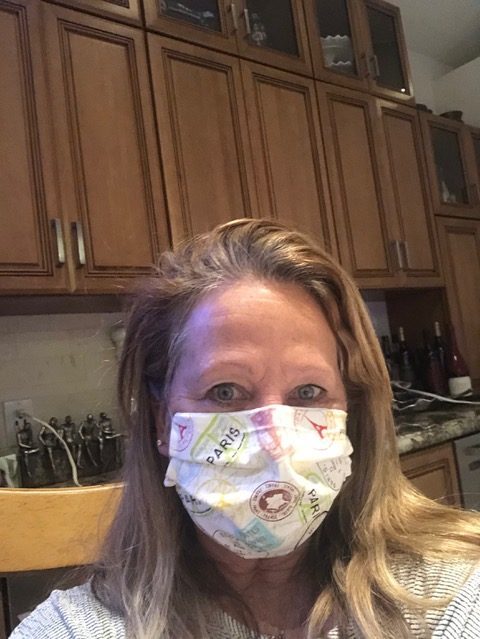 The masks the Ensings are fabricating at home are not N95-certified but will last longer than disposable masks and can be affixed with N95 filters for those who need them, says Maris Ensing.

“We can help health care workers keep going, even if it’s only a few here and there,” he says.

“Anybody who’s met Trish knows she cares about people and cares about these kinds of things. When this came up and it became obvious we had a lack of masks everywhere in the country, that’s just her nature.”

Doing Their Part in the Coronavirus Fight

Maris Ensing is also trying to find help from government or health care officials in moving beyond his recent prototype of a ventilator that health care staffers on the front lines of the COVID-19 recovery effort can use for their patients.

His prototype features what Ensing calls “a non-invasive method of providing positive pressure,” he says. Users can increase oxygen levels as needed for patients dealing with coronavirus symptoms. A valve at the end of Ensing’s prototype ventilator stop the lungs from fully deflating, he says.

His goal, he says, is to reduce health care staffs’ reliance on the critical ventilators being used in ICUs primarily for coronavirus patients for patients in so-called subcritical care. Ensing was inspired by an idea in Italy where designers are using 3D printing, a process he says is too slow for mass production.

“If we can reduce our reliance on that by creating hundreds or thousands of these, at least we can have some positive impact on our society,” says Maris Ensing. “You can’t just make an intubated ventilator safely as an amateur effort.”

Ensing met this weekend with University of California-Irvine staff and other places around the U.S. who are mostly working on building mechanical ventilators.

He says his design “is viable and has merit,” according to those people and a local pulmonologist, so he’s now trying to connect with government officials across the country, including in California and New York, and political commentators “to see if I can get the political will to push this so that we can help.”