Philanthropy is nothing new for Shure. In fact, it dates back through most of the company’s 95-year history, but you might not have known much about it because company officials were often hesitant to talk about it out of fear it would come off as too self-promotional. 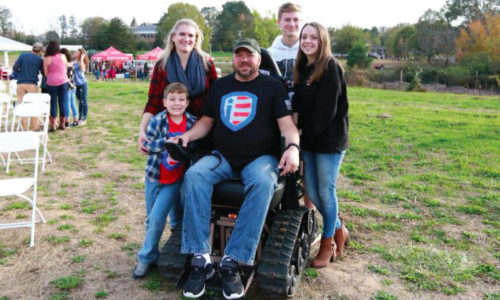 Related: Draper Likes to Keep Its Charity Work Local, But Helps Wherever It Can

As the company nears 100 years old, it’s established a Global Day of Service, which gives the worldwide company’s 1,300-plus employees a paid day off to engage in a charitable initiative if their cities or towns, says Jim Schanz, VP for global sales of integrated systems at Shure.

He believes Shure’s decision to be more upfront about its philanthropy is long overdue and he’s proud to talk about all the good thing the company’s employees are doing and continue to do, One of the most recent efforts was a charity golf tournament in February to benefit the MaxLove Project.

MaxLove supports children with cancer and other life-threatening illnesses and Shure’s charity tournament attracted more than 100 participants for a day of fun on the links that also featured a closer look at MaxLove’s programs, says Schanz. And, oh yeah, they raised thousands of dollars for the cause.

“One of our core values is Shure is a good corporate citizen, neighbor and employer,” says Schanz.

Shure has been part of the Special Olympics Plane Pull at O’Hare Airport in Chicago for many years–and even won it a few times.

Shure has had a matching grant program for any employee donations to several worldwide organizations, including the United Way and American Red Cross, every October since 1940. The company also donates annual to Grammy Camp, VH1 Save the Music and the Teen Innovation Summit

This year’s toy drive generated enough toys to help an entire class at a Chicago school, says Schanz, meaning Santa Claus and his elves left everyone with smiles on their faces when they made their delivery.

In the midst of the coronavirus outbreak, Shure recently gave thousands of masks to a local hospital and gave listening equipment for local schools to help them with distance learning. The company is also working with Direct Relief to donate personal protective equipment to health care workers.

“It’s amazing to see the giving spirit of our employees,” says Schanz. “We’re so proud to be supporting our communities worldwide. It really speaks to our company’s leadership and what’s important.

“It’s fairly unique in our world to have so many avenues to give back to our communities—and our reach continues to expand. Our employees around the world continue have the same giving spirit as Mr. and Mrs. Shure. It’s not just about writing a check. It’s important to be out in the community,” he says.

Schanz is glad Shure’s philanthropic slant is as strong as it was when the company started—and he’s proud to let people know about it.

“I think it’s endured because it was part of the DNA of the company when it was originally set up in 1925,” he says. “We realize how important it is to give back to the community you’re a part of, whether it’s your physical community or the AV community.

“We know it’s absolutely imperative for those who are more fortunate than others and who have some ability to provide assistance and charity to do so. We firmly believe in that and would hope other companies do similar types of things,” says Schanz.