If you haven’t seen it yet, we rolled out the seventh annual 40 Influencers Under 40 this week and have generally heard positive reviews of the Class of 2020 and their worthiness of joining the other 250 or so honorees who have earned the 40 Under 40 distinction since we launched in 2014.

I’m especially excited about the addition the last two years of videos that serve as a compelling montage of the 40 influencers answering two basic questions: “How did you get into AV?” and “What do you love most about the AV industry?” The variety—and similarity—in their answers is a cool aspect of this list.

It’s still amazing to me how many of these young, talented people essentially “fell into” a career in AV and how many of them say their favorite part of the industry is the people with whom they work.

I’m proud of how the 40 Influencer Under 40 has grown since its first year, when we weren’t quite sure what our readers would think about it so we made it a secondary feature in the September 2014 issue. Almost immediately, I started getting emails and calls from readers about being on the 2015 list.

Related: Follow These Young AVTweeps! The 40 CI Influencers Under 40 Class of 2020

Since then, the popularity of the 40 Influencers Under 40 has continued to swell every year, to the point that we almost don’t need to officially open nominations anymore since we’re getting people who want to nominate their co-workers, friends or others in the industry essentially all year long.

We’ll probably continue to stretch the “Under 40” part of the list and include a few men and women who actually celebrated their 40th birthdays recently, but we’ve become a lot more strict about keeping the annual list to 40 people after I had to get creative and stuff groups together in most years.

It got to the point where we had about 65 people on the list in 2018 and that was just too many. We didn’t want the list to be about just having people get nominated. We wanted it to be a little more difficult to earn the distinction, meaning those who make the cut feel a bit more proud of it. 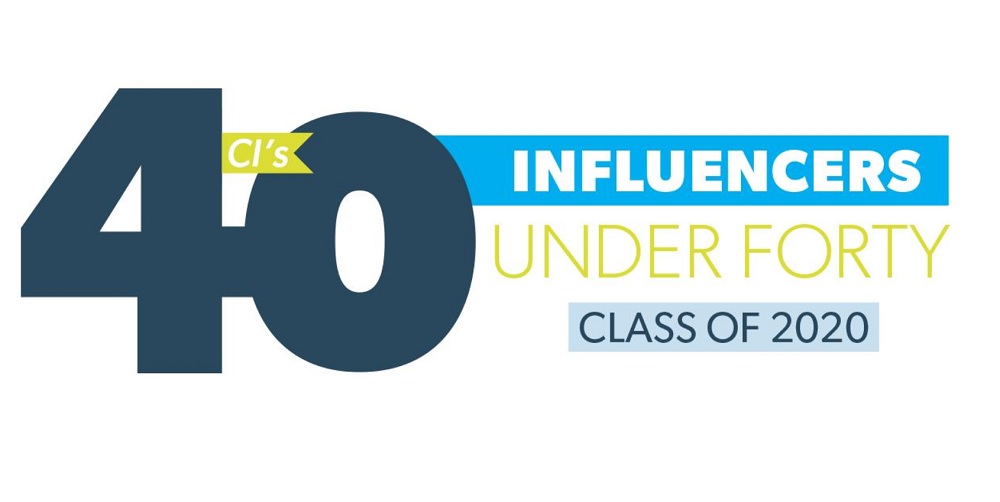 We’ll likely continue to make tweaks to the 40 Influencers Under 40 list for 2021 and beyond, but I don’t see us ending the list anytime soon, despite some objections over the years about singling out any one segment of the AVTweeps population.

I certainly understand that it can look like we’re favoring one group by limiting the entry pool but I’d argue we do a good job throughout the year of ensuring people of all ages who do cool things in the AV industry are well-represented in the pages of our monthly magazine and on our website every day.

We’ve toyed with the idea at various points of publishing a modified version of the 40 under 40. Let’s call it 7 Over 70 or 8 Over 80 as a working title at least. That certainly is something we’re still thinking about doing so if you have any candidates we can’t forget, please send them my way.

I had one reader ask me to make the application for the 40 Influencers Under 40 a bit more thorough and make the process a bit more stringent, but I like the simplicity of the application. This isn’t about giving readers a biography of the honorees. It’s about celebrating their accomplishments in a fun way.

I asked people who nominate someone to submit 40 words on their candidates and some find that impossible to do. I like the idea of a snapshot of the people on the list and a Twitter handle and other information for those who want to find out more about some or all of the honorees from that year.

As proud as I am of the 40 Influencers Under 40 every year, I’m sure there are other things we could tweak or change about it. What else would you like to see in 2021? I can’t promise we’ll enact every suggestion you make but this list will only continue to be successful if people enjoy reading it.

Congratulations again to this year’s 40 Influencers Under 40. You’re in pretty select company—and you deserve it, even if there are plenty of people who I didn’t know before someone nominated them. The fact that there continues to be young, unknown talent out there bodes well for AV’s future.