There’s a surprisingly large opportunity out there for AV integrators, but it’s one of those things that tends to be delicate to even consider: LED video walls.

Related: Herman Provides One-Two Punch for Companies Targeting Service Contracts
Demand for LED video walls is escalating, a trend that is illustrated by the sheer volume of manufacturers getting in the game. AV industry consultant Alan Brawn of Brawn Consulting estimates that there are about 1,000 direct-view LED suppliers in China alone.

You’d think that North American integration firms would be clamoring around this opportunity, but it’s often not the case. Many firms aren’t able to ride the wave of LED video wall popularity due to a lack of well-trained technician labor.

Installing LED video walls isn’t for everybody. Increasingly, many firms that find that they don’t have enough technicians that are trained to handle LED video wall projects are turning to third-party labor solutions.

The thing is, though, just like the 1,000-plus options for LED display products used to address the immense demand for LED video walls, not all third-party labor is created equally.

How HIS Differentiates in the LED Market

Herman Integration Services (HIS) recognizes the demand and opportunity for its integration firm partners when it comes to LED video walls. The provider of third-party installation labor is buoyed by an ongoing diet of “pretty intensive training” for about 20 of its installers—and the ability to deploy those installers anywhere its integration firm customers need them to go.

“For us, it’s always about what we can be staying ahead of,” says Chris Bianchet, president of Herman Integration Services.

While it wasn’t that long ago that only a select level of customers even considered LEDs for their video wall installations, pricing has been coming down lately, says Bianchet, thanks in part to that influx of options from Chinese manufacturers, who have produced “some very good and some not-so-good products.”

As the price of LEDs continues to drop, Herman is getting “more and more requests” to help represent its integration firm partners and install them. Herman is currently working on “three major rollouts” that, says Bianchet. He notes that many opportunities for LED installations aren’t one-and-done types but more likely part of a large-scale implementation across the country or around the world.

“The retail applications for LEDs are absolutely tremendous,” he says.

Thanks to these installations, AV integrators are working more often these days with advertising agencies and mega-companies, some of whom oversee or operate hundreds and thousands of stores and want to “dress them up to be a centerpiece of the retail stores,” says Bianchet.

Overall, video wall installations using LED panels aren’t particularly different than others in that realm, says Bianchet, since most of them feature digital signage players behind them. Because LEDs are a bit more fragile than what many installers typically handle, there’s a lot of education involved, he says.

“Understanding how to install them is the more difficult part,” says Bianchet. “These are much more fragile products than what we’re used to working with.”

In an effort to capitalize and lead the way on LED video wall installations, about 20 Herman Integration Services installers have gone through “some pretty intensive training,” says Bianchet, and that will continue as needed. 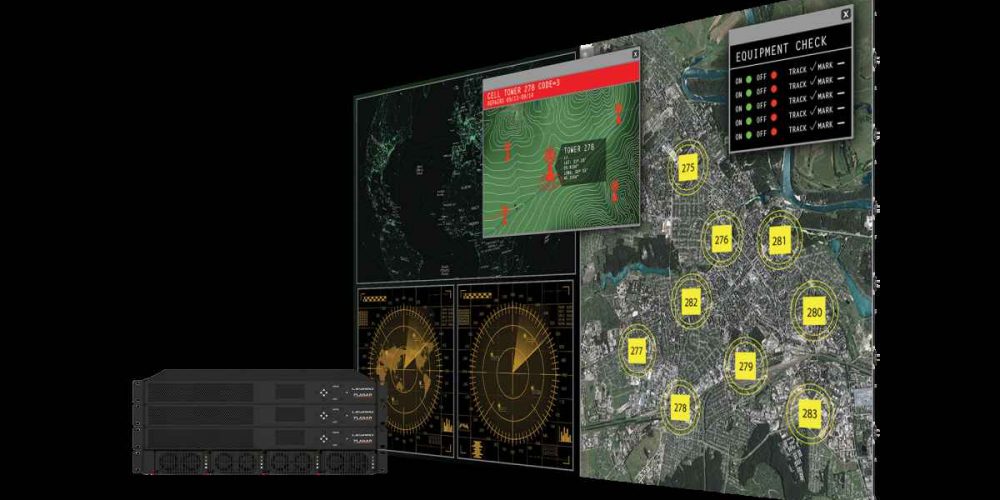 Bianchet is a bit surprised to not see even more AV integration firms in the LED market. “I don’t know that a lot of AV integrators are looking at this particular part of the business and going out and finding these opportunities,” he says.

“It’s a growth opportunity for integrators and it can have long-term impact,” says Bianchet. “These installations aren’t small. You have to look beyond the conference room, training room and the classroom. LED walls are a construction project.

As such, HIS is in a position to help integration firms bridge those gaps. Herman stands as one of the few companies that’s equipped and trained enough to handle LED video wall installations, no matter when or where they’re needed.

“I’m seeing it as the next emergence, especially as these things continue to drop in price,” Bianchet says.

Bianchet was struck by the number of LED video walls he saw in the duty-free shop during a recent trip took him to the Cancun airport. “Every wall in that shop was covered with LEDs,” he says. “How many airports could we be doing this? The opportunities are endless.”

Because manufacturers know integration companies usually pick one side or the other when it comes to technology, then another manufacturer joins the already-crowded field with a competitor for those well-established companies, “it’s a lot of money to get people trained,” says Bianchet.

“LED walls is not the everyday business, so how much do you spend on something you may only do a few times a year? Also, this is a technology that’s continuing to evolve and mature. We’re hoping to be that go-to company for the LED business,” he says.

“We’re still at a point where [the price] is scaring away mid-sized companies, but by Christmas, it’ll probably be affordable for everybody,” says Bianchet with a laugh.

With Herman Integration Services expertise in installing LED walls, they can help integrators in two ways: companies can get in over their heads by taking on these projects without the proper staffing levels or training, but they have to make sure third-party labor they choose to help them do these kinds of jobs is properly trained.”

“It’s a growth opportunity for integrators and it can have long-term impact,” says Bianchet. “These installations aren’t small. You have to look beyond the conference room, training room and the classroom. LED walls are a construction project. You have to be so exact when you’re attaching them. If it’s off just a tick, these things don’t line up. It’s not something you walk into and start doing. The opportunity to make money on it is still pretty huge,” he says.