They say a picture says a thousand words. This popular adage may be old school, but it still applies today, especially at the luxury Agua Caliente Resort, Casino, and Spa in Rancho Mirage, Calif. To push the boundaries of aesthetics, the resort recently added a massive curved screen to its sports bar. Befitting of the bar’s name, 360 Sports, the Unilumin LED wrap around screen gracefully embraces patrons, giving them a spectacular view of multiple sporting events.

Multiple Displays Unite as One

The intricately designed display is comprised of several displays, all of which were recessed into the curved shape of the wall to create one unified screen. Alignment of the Unilumin LED displays to create a seamless wall of screens was the main objective. 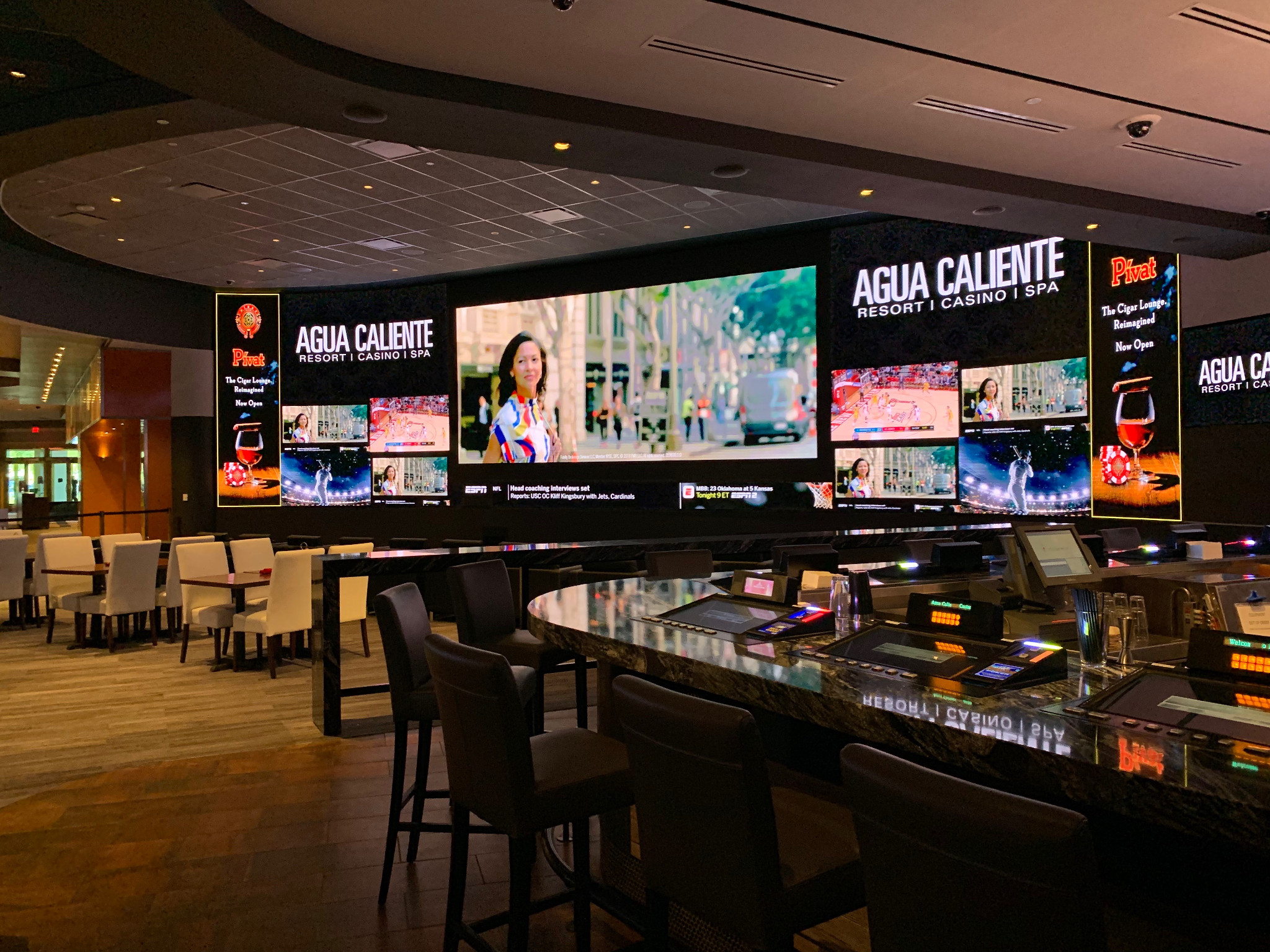 The end result would appear as one wrap around screen, able to display multiple games at once.

Offering mounts engineered specifically for curved wall installations, Peerless-AV was the natural go-to for the project. But even more helpful to the team at Advanced LED Displays was the company’s Seamless by Peerless-AV program.

Designed to help installers with complicated LED video wall applications, the program provides guidance from the Peerless-AV LED Solutions Team, from the layout of the displays to the proper mounting techniques required.

In addition to the engineers and product managers who are available throughout the entire design and installation process, the Peerless-AV offers its LED Video Wall Configurator. 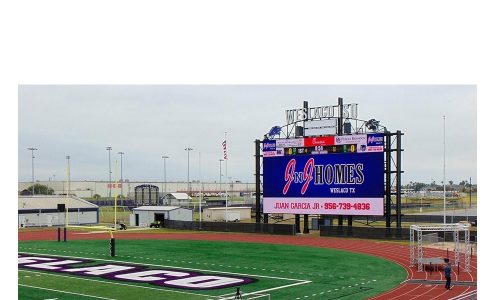 This software tool enables installation professionals to design and request a quote within minutes.

Mount weight, video wall power consumption and display resolution are a few of the components worked into the formula—streamlining the entire process, which was crucial for the tight 16-day deadline for this project.

The finished product was on the docket for a New Year’s Eve launch, which the Advanced LED Displays team met, thanks to superior products, installation guidelines, and support from manufacturers.

“It was so refreshing to have someone there from our (Peerless-AV) team to actually help us design the mounting system that would fulfill all of these crazy designs we came up with,” says Vince Ovist, president of Advanced LED Displays.

“No other company came to that point where they would help us out from the very beginning.”

The super-wide wrap around screen video wall at 360 Sports breaks the sports bar stereotype of multiple individual displays scattered throughout the establishment. One seamless wall provides guests with all the sporting action and gives the bar an edge over its competition.

“The feedback has been phenomenal,” says Bill Oliver chief information officer at Agua Caliente. The combination of commercial-grade LED displays from Unilumin LED and precision mounts from Peerless-AV set the bar high in terms of viewing pleasure for this luxury resort.

“When guest of the AAA Four Diamond rated Agua Caliente aren’t lounging by the pool, playing slots at the casino, or relaxing at the spa, they are likely taking in the amazing view at the unique, immersive, and visually stunning venue of 360 Sports.