Although fans of the Trans-Siberian Orchestra (TSO) didn’t have the chance to see the band’s annual holiday spectacular in an arena near them in 2020, they gleefully flocked to an electrifying, 90-minute live-streamed PPV event, “Christmas Eve and Other Stories,” on Dec. 18.

The band’s long-time lighting and production designer, Bryan Hartley, was challenged to replicate the same big-show qualities – fabulous lighting, pyrotechnics, lasers – that fans have come to expect on a much different scale in 2020.

Using the grandMA3 light console running new MA3 software helped him create a show that scored big on production values while offering a more intimate look at the band.

The 2019 TSO holiday shows, featuring east and west touring bands, grossed $46.8 million and sold 706,000 tickets between Dec. 1 and 30, according to Billboard.  This year’s virtual PPV event found the combination of the two touring bands performing together.

“I design a completely different show each year – as soon as one finishes I start on the next,” said Hartley.  “We had everything ready to go last summer—20 trucks and a custom rolling stage—when we realized TSO still wouldn’t be able to tour due to COVID.

“So I had to design a new show to fit in the Nashville studio of PRG, our lighting and video vendor,” no mean feat given that the arena shows “have a 150-foot-wide stage and a million lights,” he said. 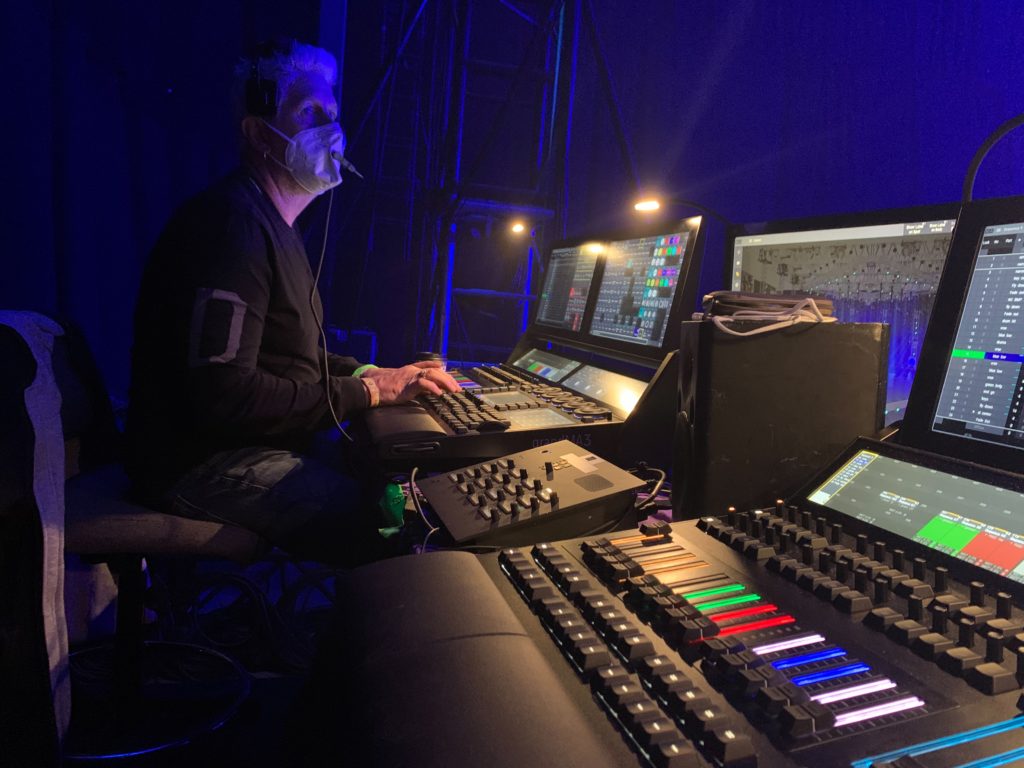 Inside the TSO Virtual Show

“The band felt the show had a unique look to it, and we got a huge positive response,” he said. “Producer/director David Rudd did an amazing job of capturing the musicians enabling fans to see them from completely new angles.”

Hartley is a relatively new convert to the grandMA console, having learned the MA2 in summer 2019 when he jumped on board the Judas Priest show already in progress. He invested in four grandMA3 light consoles last year.

For TSO’s live-streamed holiday show, Hartley deployed three of his grandMA3 light desks. He ran the grandMA3 light in MA3 mode to control all the lighting, including Glow Motion LEDs and 140 Ayrton MagicDot LED moving heads, which outlined the trusses and acted like wash lights.

He credits his friend Michael Keller, lighting director for Ozzy Osbourne, who learned the MA3 software with him, for helping him with the consoles at his house for the show.

Hartley also gives a shout out to Burton Tenenbein, VP of the music group/production at PRG, “a staple in our TSO family, who took good care of us in the PRG studio.”

In addition, ACT Lighting “was always there for us” for support calls that come up when working in a live concert situation, said Hartley.

“Since the grandMA3 in MA3 mode worked so great, once touring starts again – I’m hoping in summer 2021 – I plan to use that platform for Judas Priest,” he said. 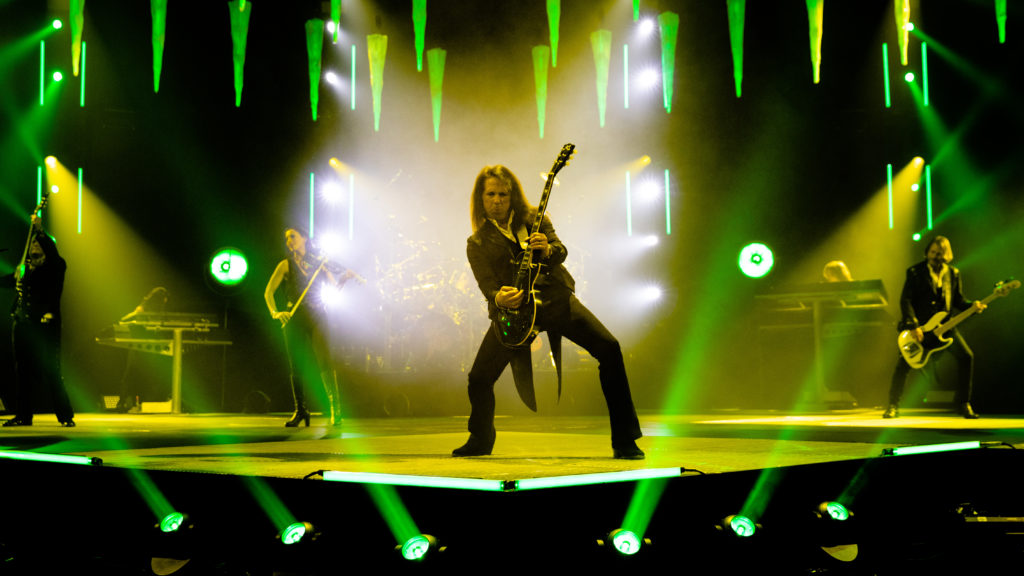