There’s obviously nothing good about the death of a co-worker—let alone his replacement—from such an insidious disease as cancer, but Ford Audio Video employees have turned a clear negative into a positive, raising more than $400,000 to find a cure for the disease. 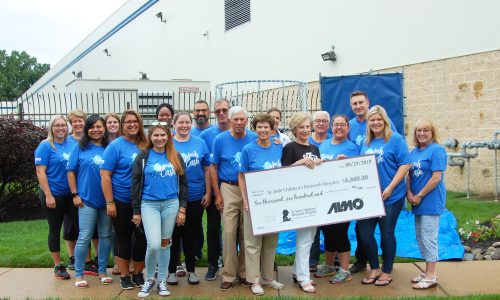 Ford AV, CI’s 2018 Integrator of the Year, started the Memorial Golf Classic in 2005, naming it in memory of bid division manager David Schultz, who had died from pancreatic cancer. They renamed the tournament when Schultz’s replacement, Ed Knoll, died from cancer a few years ago.

The annual tournament rotates locations every year and is held in conjunction with Ford AV’s national sales training and showcase. The 2020 edition will be Oct. 12-13 in Tulsa, Okla. All money raised in the Memorial Golf Classic go to the University of Oklahoma’s cancer research hospital.

“When David died in 2005, we wanted to do whatever we could to help,” says David Allen, corporate VP at Ford Audio Video. Because Allen was a golfer, he was put in charge of organizing the initial event, which featured vendors, employees, customers at a summer outing in Austin, Texas.

“It was a good event to not only raise money, but also to remember David and all of his contributions to our company and our team,” says Allen. The tournament moved to the fall when organizers realized it might be too hot to attract big crowds in 100-degree weather every year.

Allen says the death of Knoll ensured the Memorial Golf Classic would go on “forever.”

“In 2017, we were considering not doing the tournament anymore,” says Allen. “We weren’t sure if we were helping David’s family. Ed was a real driver of keeping it going. It’s not like we were making a huge dent, but at least we were doing our part.

“At that point (when Knoll died), there was no question we were going to continue doing this forever,” he says. The event has attracted anywhere from about 60 to 120 golfers for a four-person scramble that brings people together from a variety of backgrounds, all of whom work with or for Ford AV. 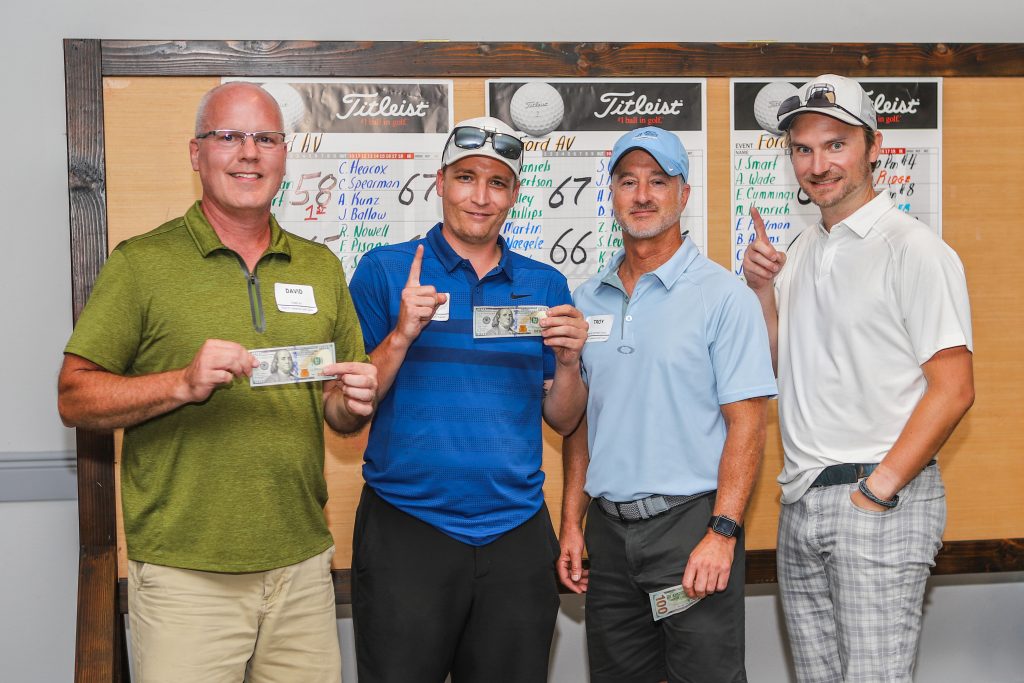 Doctors from the University of Oklahoma come most years to the tournament banquet to talk about the progress being made in fighting cancer and someday finding a cure for it.

“Invariably, almost everyone has been affected by cancer in one way or another,” says Allen. “We just want to help as much as we can. It’s interesting to see the progression that has been made in cancer research and ability of them to develop ways to fight cancer.

“When we can see the doctors’ appreciation of the contribution we offer the school and the foundation and the progress they’re making, I know that it eventually trickles down to other families. That research that’s happening is actually helping other families,” he says.

Allen says it’s important to keep the memories of Schultz, Knoll and other Ford AV employees who’ve died from cancer alive through the Memorial Golf Classic.

“When you join Ford AV, you become part of the Ford AV family,” he says. “We try to treat each other like that. It’s not just the employees. It’s the children and their spouses too.

“When we lost both David and Ed, it was a big shock to us personally. I remember playing with Ed in the tournament every year, so losing him to cancer was pretty shocking and sad honestly. We felt like not only Ford AV but the AV industry needed to come together and do what we can to help,” says Allen.

Coming next Monday: The next installment in our Connected to the Community series. If you know about an AV or IT company doing something good, email executive editor Craig MacCormack at craig.maccormack@emeraldexpo.com