“As the flagship solution in the WyreStorm’s extensive NetworkHD product line, the 600 Series brings the best picture quality and the lowest latency to the market,” says David Silberstein, director of technology, WyreStorm.

Critical markets the 600 Series serves, according to Silberstein: 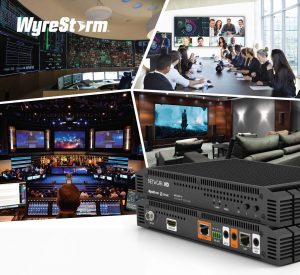 Later this year, the company will support the Dolby Vision HDR format.

Some of the other options the AV over IP gear provide include audio embedding and de-embedding, support for object-based surround sound (Dolby Atmos and DTS:X), 8-channel PCM audio downmixing, and the ability to create independent audio distribution via analog ports.

WyreStorm also emphasizes that integrators can use almost any layer 2/layer 3 network switch with the products to make the installation process more efficient.

“Full compatibility with the latest consumer source and display devices, multichannel audio, and built-in 4K/2K scaling means discerning homeowners can now also have the highest picture and audio quality in every room.”