Ultimately, it is about partnerships between clients and integrators… but before I get ahead of myself, here is a bit of context. 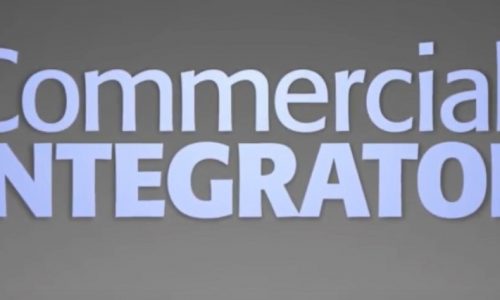 Related: Every Commercial Integrator Magazine Cover Ever
My personal story in commercial AV began in the early 1980s. I left the hallowed halls of academia and joined the ranks of a new industry called audio-visual system integration.

These were the early days of George Feldstein (of Crestron fame) designing button panel remote controls at this kitchen table.

This was the age where Andrew Edwards (of what would become Extron) came to our company and showed us how to connect a PC to a projector via a little magic box he called an RGB102 interface.

This was the time when Don Stewart (of Stewart Filmscreen) showed up to preach the gospel of film quality images… and yet his biggest selling line at the time offered glass beaded screens for slide projectors.

This was the time that I managed a commercial AV integration company, so named because we took disparate products from various manufacturers and designed and integrated them into what we called an AV system. Thus, began my life in commercial integration.

For the next 30-plus years, I have learned a lot, and we have evolved as an industry. In the day, projectors ruled the roost, but as time went by they were no longer limited to 300 to 400 lumens. Turn the light on at last!

State of the Pro AV Industry: The Incredible Shrinking Market

Flat panel displays came onto the scene after the turn of the century. Remote control systems flourished, and touch panels became ubiquitous.

We migrated from analog to digital and entered the age of computers, networking and collaboration. We now find ourselves in the age of big data.

To borrow from an old TV ad for Virginia Slims cigarettes: We have come a long way, baby!

History of Pro AV: Here’s Where It Gets Complicated

Along with this nostalgic journey has come change. While most would agree that change has in many ways improved our existence as an industry, there are some existential elements that confront us and new challenges to address. Obviously, this begs the question as to what those challenges might be. The answer to that is the onslaught of fungibility and resulting commoditization.

Consumers increasingly go on line and search for XYZ product and if it gets a lot of 4-star and 5-star ratings, even brand names we are all familiar with suffer at the altar of low price.

Permit me to put my professorial hat back on for a moment, to set up the explanation and introduce the next phase of our story.

In economics, fungibility is the property of a good or a commodity whose individual units are essentially interchangeable. In economics, a commodity is a product or service that has full or substantial fungibility: that is, the market treats instances of the product as equivalent or nearly so with no regard to who produced them. In short, to the casual observer, differentiation is difficult to grasp in terms of decision making.

In our commercial AV world, the risk we face is that far too many on the outside looking in think that a display is a display, a screen a screen, a mount a mount, and so on and so forth. To the uninitiated, unaware, and/or undeducated observer, these items are all the same (a.k.a. fungible), and to their minds, there is a lack of differentiation to support choosing one over another.

The decision all too often simply comes down to price. Consumers increasingly go on line and search for XYZ product and if it gets a lot of 4-star and 5-star ratings, even brand names we are all familiar with suffer at the altar of low price and good enough.

Herein lies the danger we face (from an existential point of view). Historically, we filled the gap of knowledge on the part of our clients.

Related: Every Commercial Integrator Magazine Cover Ever
This is where we have traditionally fit in. I even address this gap in one of my classes… I teach that most clients think they know, but do not, and furthermore what clients think they want is usually different from what they really want and need.

In days gone by and in a perfect world, the commercial integrator fills these voids. This is the place where value is provided and a completed system that functions as it should, fulfills the promise. What we have in the new world of instant access and the appearance of immediate gratification, is the need for us to fight to remain relevant.

Our role today in the commercial integration industry is two-fold. First is to provide recognizable value to the client and second is to provide differentiation in products and services. We are the last best hope to people simply ordering products online attempting to evoke the hope of “plug and play” when, all too often, it ends up being “plug and pray.”

40 Influencers under 40 in the Pro AV Industry

In some senses we need to try to save them from themselves. We must remind ourselves and our potential clients of the admonition that the sweetness of low price is long forgotten once the first problem arises and the way problems are adjudicated will determine the success or failure of a project.

What we provide flies in the face of commoditization.

Business Owners, Do Ya Feel Lucky?

In terms of tangible value recognized in the eye of the beholder, we must provide problem identification, problem solving, offering specific solutions to problems, and integrating/installing systems that work as they are designed. 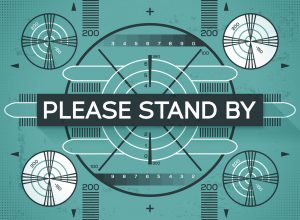 We will pause our story at this point but stay tuned for the “rest of the story” as the late great Paul Harvey used to tell us. We will next turn our attention to the services that commercial integrations need from their suppliers to support their efforts. It will come as no surprise that this has evolved as well and challenges in that corner can mean the difference between failure and success.

File this under the banner of risk assessment, risk transference, and in the end, risk avoidance through our full-service efforts and dedication to our clients.

Another old film quote from Dirty Harry comes to mind when he points his gun at a perpetrator, “Do ya feel lucky? Well, do ya, punk?” This is the value we bring to equation.

It is now up to each of us to spread the gospel of commercial integration as far and wide as we can. It is not only for the sake of our own livelihoods but honestly for the benefit of our clients. In this digital age things tend to appear simple on the surface. So, you customers out there, go ahead and order online and to be sure for a bit you may feel secure. When it arrives, then ask yourself if it works as advertised and, in the form and setup you need for it to work? Does it fit and “play well” with your existing systems and networks?

In the world of AV, it is not if but when a problem arises, so clients need to ask themselves who is there to support them? Proof you ask. Have you ever tried those 1-800 service lines?