Among the 1,200 exhibitors and thousands of new products that filled the 15 halls of the RAI Amsterdam this week for Integrated Systems Europe 2019 (ISE 2019), there was one new release that earned almost universal praise from those who saw it and test-drove it: Christie MicroTiles LED. 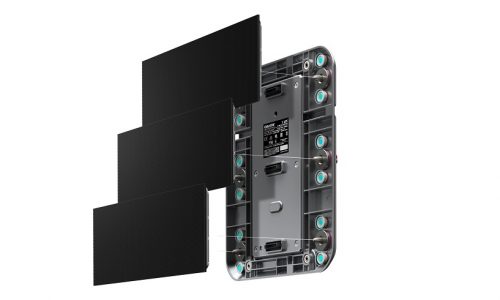 Related: Christie MicroTiles LED Unveiled at ISE 2019
Commercial Integrator was first to report about the next step in Christie’s iconic MicroTiles product line. Then, in an interview in Christie’s stand during ISE 2019, Ted Romanowitz, senior product manager at Christie, said the new MicroTiles LED give integrators “advanced capabilities that really help you run your business more effectively and deliver incredible experience to your customer.”

According to Romanowitz, that strength comes through three pillars: optical performance via standards-based approach for broad compliance that’s optimized for life; artistic creativity, not only from a physical standpoint but also system integration; and reducing ownership costs, easier installation capabilities and maintenance combined with mission-critical reliability.

The new product features a quick-mount system, custom-cut sheets, and the ability to install in a tighter radius than ever thought possible thanks to smaller increments of sizes, both horizontally and vertically.

MicroTiles LED also come with a new interface developed by Christie that has intuitive dashboards and allows integrators to push updates from anywhere.

“Our mission was really to make the system much easier to install, achieve a higher level of performance — all while obtaining a very high level of reliability,” says Mark Lemieux, product engineer for Christie MicroTiles LED.

“This product is why I came to Christie two years ago,” Romanowitz says. “We took the time to get it right. It really honors our customers and solves some of the problems and frustrations that they’ve had.

“We see this as a great way of spurring adoption more broadly of LED technology because it’s going to be a lot easier to design not only on the mechanical side but also from the system design perspective. It will also provide mission-critical reliability and it is easier to install,” he says.